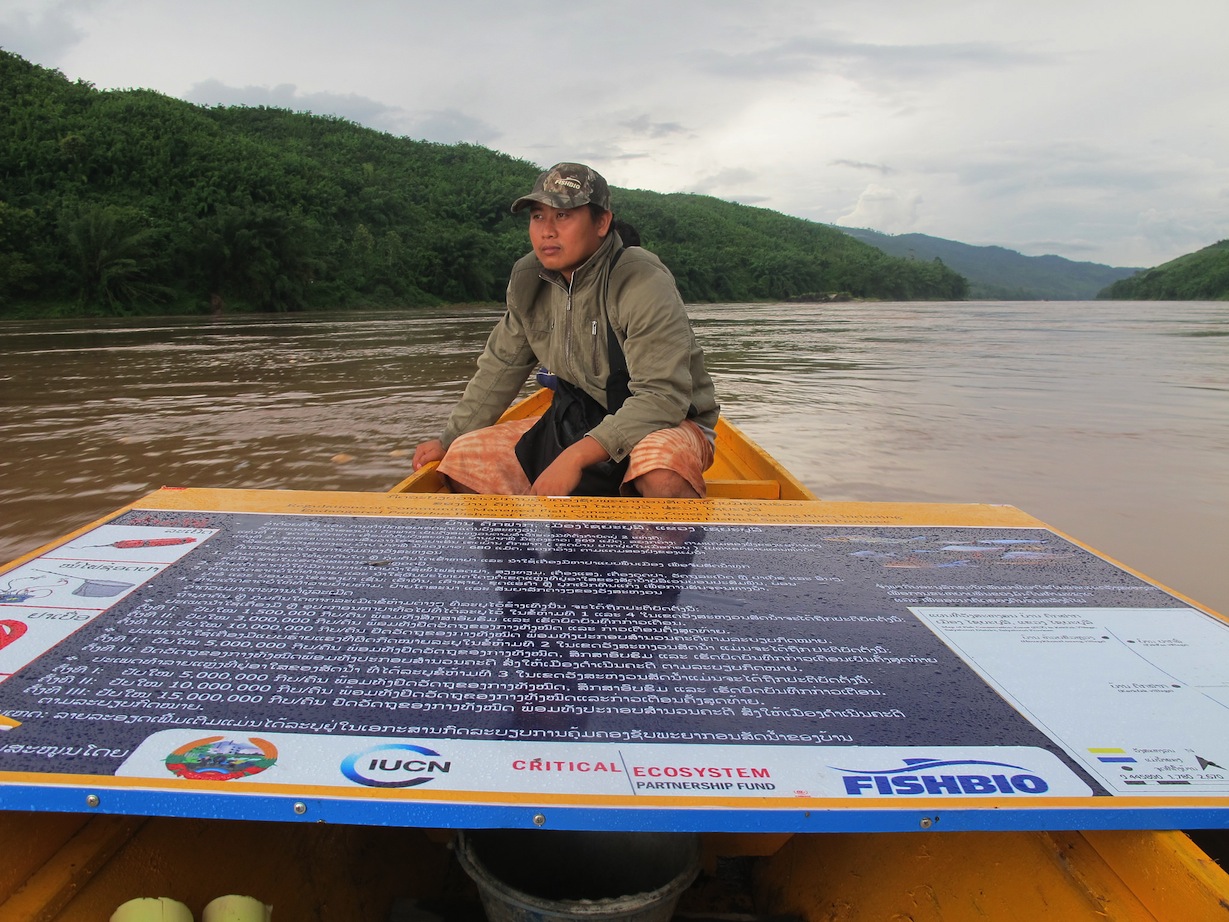 The conservation of freshwater fishes presents an inherent conundrum in places like Southeast Asia: while many unique and rare fishes warrant conservation actions and protection from threats, these same fish species also feed millions of people as an important source of protein. Called the “last wild food,” fishes are caught between our conflicting desires to both conserve and eat them, more so than any other group of animals. In this context, community-managed Fish Conservation Zones (FCZs) have emerged as a popular management strategy in the Mekong Basin that allows people to both protect and harvest their local fish. FCZs are areas that restrict some or all fishing within their borders, providing fish species a refuge from harvest where they can safely reproduce and replenish their populations. The hope is that juvenile fish that hatch or grow in protected areas will “spill over” to local fisheries outside the protected area boundaries (Roberts et al. 2001). If a fish conservation zone is like a savings account, then spillover is like the interest that local communities can sustainably collect.

FCZs can go by many names, such as freshwater protected areas (Saunders et al. 2002), fish sanctuaries (Baird 2006), and even riverine aquatic protected areas. Similar to their terrestrial or marine counterparts, freshwater protected areas can vary widely in their regulations, and can seek to accomplish a range of different goals. With their particular focus on fish, FCZs can be developed to address a number of threats, such as overfishing, habitat degradation, and loss of food security. FCZs may be closed to fishing during particular seasons or year-round, and communities may sometimes open up the protected areas to catch fish for special occasions or sell limited fishing rights for these areas (Baird 2006). In theory, these protected areas (whether in marine or freshwater) can contribute to increased fish abundance and biomass, help to improve food security, and create refuges to improve fish population resilience in the face of environmental change (Halpern and Warner 2002; Baird and Flaherty 2005; Abell et al. 2007).

In Lao PDR, FCZs have been growing in popularity since the early 1990s (Chomchanta et al. 2000). The approach to FCZs usually takes the form co-management, where communities have the ability to enforce locally developed FCZ regulations in their villages with support from government authorities. Government officials have stated that more than 1,000 FCZs have been developed throughout Lao PDR. With dozens of organizations involved in FCZ establishment, these tools are widely considered a win-win approach for communities and conservation.

FISHBIO has become increasingly engaged in FCZ work over the last few years, and we created a video describing some of these activities as a lead-up to the IUCN World Parks Congress in Sydney last November. The video highlights two of our projects related to Fish Conservation Zones. The first was to work with World Wide Fund for Nature (WWF) to evaluate the spillover effects of two FCZs that had already been established. The second project, which is currently ongoing, is supported by a grant from the Critical Ecosystem Partnership Fund (CEPF). We have worked with three villages in Luang Prabang and Xayabouri provinces to establish three FCZs around important habitat for two endangered fishes: Jullien’s Golden Carp (Probarbus jullieni) and the Thicklipped Barb (Probarbus labeamajor). Prior to the World Parks Congress, we entered this video in a contest sponsored by Pushing Boundaries, a group for young professionals, and were exited to learn the organizers selected us as one of their winners.

Since we produced the video, the momentum of our FCZ work has only continued to build. We’re excited to soon start a second phase of our FCZ establishment project with additional funding from CEPF. This new effort will create an FCZ in the area of Mekong River called Kengmai Rapids managed by four villages in Xayabouri and Vientiane provinces. Our staff will also be traveling to Myanmar to share some of our experiences in FCZ establishment with Fauna and Flora International through another CEPF-funded project. And in coming months, we hope to tackle approaches to monitoring FCZ effectiveness, a key piece for determining conservation success. There is a lot currently happening in the world of Fish Conservation Zones, and we look forward to sharing more of it with you.