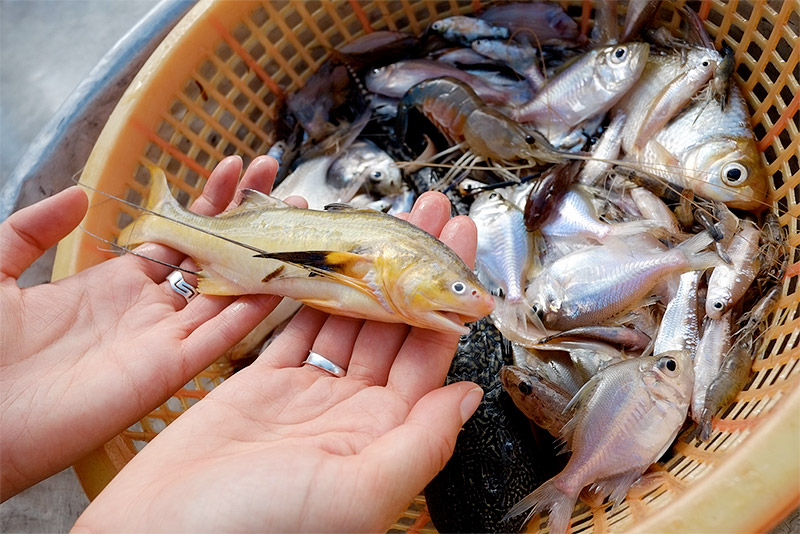 As the world’s population continues to grow, the demand for fish to eat also escalates. Our appetite already takes a heavy toll on wild fish populations, and they alone cannot feed everyone. Fish farming, or aquaculture, is quickly expanding to meet the need. The Food and Agriculture Organization (FAO) of the United Nations predicts that fish production from aquaculture will grow by 33% over the next ten years, compared to just a 3% increase in the amount of captured wild fish (The State of World Fisheries and Aquaculture 2012). By 2018, the FAO predicts that for the first time, people will eat more farmed fish than captured wild fish.

Asia produces the bulk (89%) of the world’s aquaculture by volume, with more than 60% coming from China alone. Countries in the Mekong region, such as Vietnam, Thailand, and Myanmar, are also big aquaculture players. However, aquaculture can harm the environment in a number of ways, such as destroying mangrove habitat, increasing soil salinity, and polluting the water with excess nutrients (Asche and Khatun 2006). To address some of these issues, researchers at Can Tho University in Vietnam are testing creative approaches to make aquaculture less destructive and more sustainable.

One disadvantage of aquaculture is that the process sometimes consumes more fish than it produces. That is, the pounds of wild fish ground up into aquaculture feed pellets can far outweigh the pounds of farmed fish eating those pellets. As one solution, the researchers in Can Tho are dishing out a diet of soybeans and sweet potatoes to see if they can train carnivorous fish to turn vegetarian. They are studying whether these plant products can fatten up farmed fish as well as fishmeal. Switching to a plant-based diet might spare some wild fish, but it could involve some tradeoffs, such as a drop in farmed fish biomass. 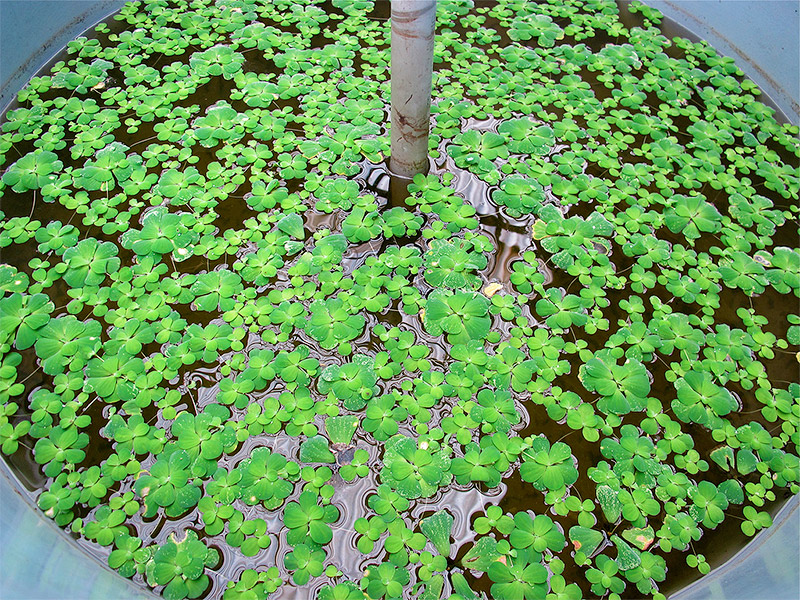 Researchers are also scouting for new species that might make good candidates for future fish farming and help take some pressure off wild populations. One example is Polynemus melanochir, a golden fish with long, thread-like fins and the evocative common name of “Blackhand Paradise Fish” (shown in the top photo). The university scientists are testing whether they can successfully breed and raise these abundant fish in captivity to provide an alternative to eating more threatened species. The scientists are also exploring a creative sustainability solution called integrated multi-trophic aquaculture. In this type of system, plants clean up the water used in fish farming by absorbing the excess nutrients from fish waste for their own growth (Neori et. al 2004). Students and staff at Can Tho University are testing which species of freshwater plants (shown above) work best at cleaning the wastewater from catfish farms. Hopefully, all of these investigations will become part of a new wave of fish farming that carries aquaculture into an environmentally sustainable future.