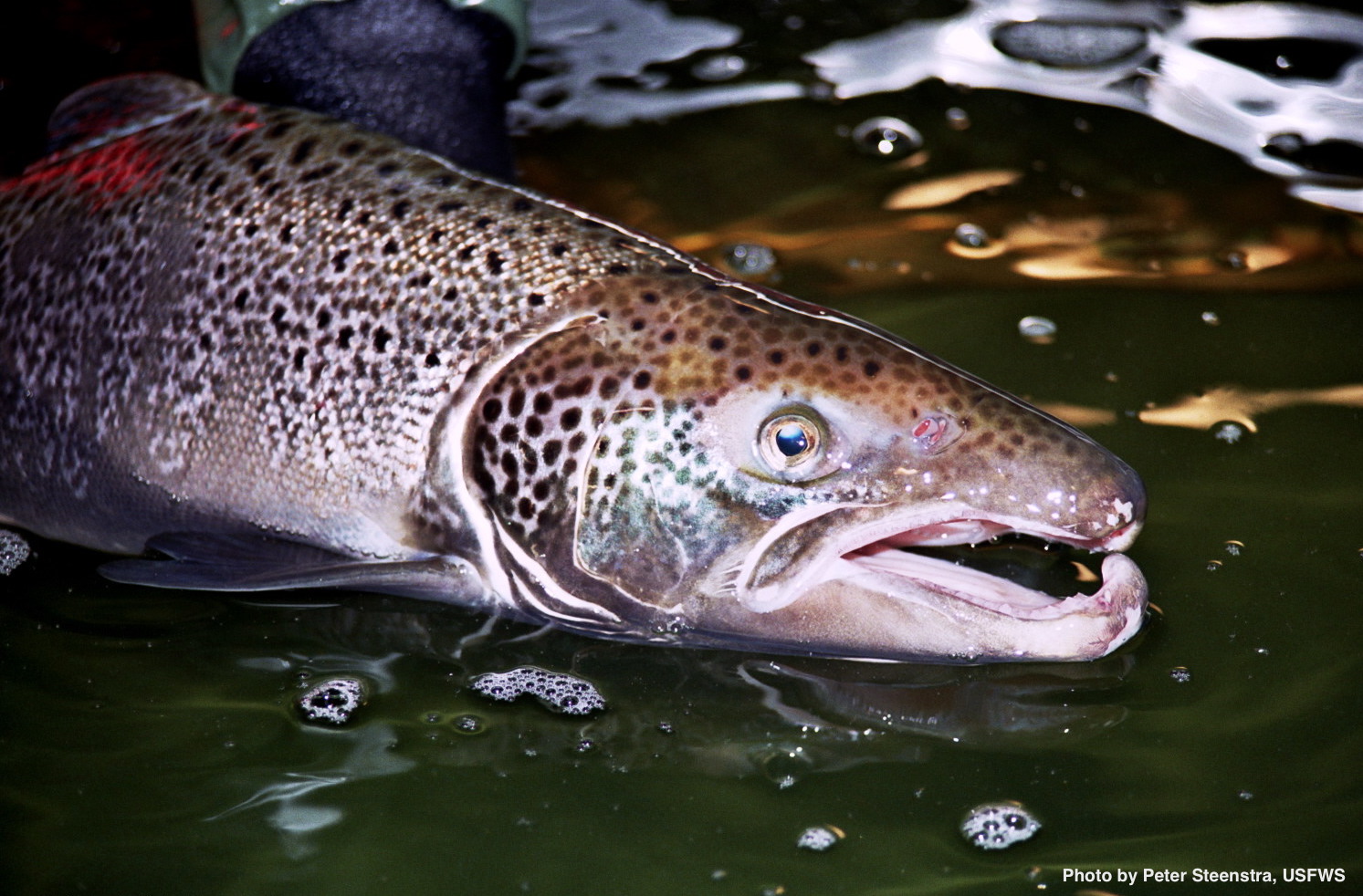 The Cooke Aquaculture’s Atlantic salmon fish farm made a messy splash in August this year when thousands of farmed salmon broke free off Cypress Island in Puget Sound, Washington. A floating marine net-pen in dire need of upgrades collapsed, dumping 305,000 adult Atlantic salmon into the Pacific. The company recovered about half of the fish, but more than 160,000 Atlantic salmon escaped. While the company initially blamed strong tides and even the solar eclipse for the breakdown, a history of faulty infrastructure at the pen seems to be the culprit. The fish spill sparked an outcry to end the robust Atlantic salmon farming industry in Washington, with 20 tribes in the state with treaty-protected fisheries rights voicing their opposition to commercial aquaculture. As of now, the state has said that they will not allow any new or expanded fish farms until a review of this incident is complete.

Washington State holds the title of largest marine finfish aquaculture industry in the United States, with farms churning out an impressive 17 million pounds of Atlantic salmon annually. Although these farmed fish feed the country’s voracious appetite for salmon, there are gambles with farming Atlantic salmon in the Pacific Ocean, where the species is not native. Open-sea fish farming carries a particularly high risk because the open net-pen system is not isolated from the surrounding environment. Critics of this type of fish farming worry about the neighboring water becoming polluted from fish feed and waste. The potential spread of disease and parasites from farmed fish to wild fish through the open net-pen system is another concern, and the threat of faulty infrastructure of these floating farms is also a legitimate worry, as the recent spill illustrates. Atlantic salmon in Washington have also escaped into the Pacific during previous fish spills in 1996, 1997, and 1999. 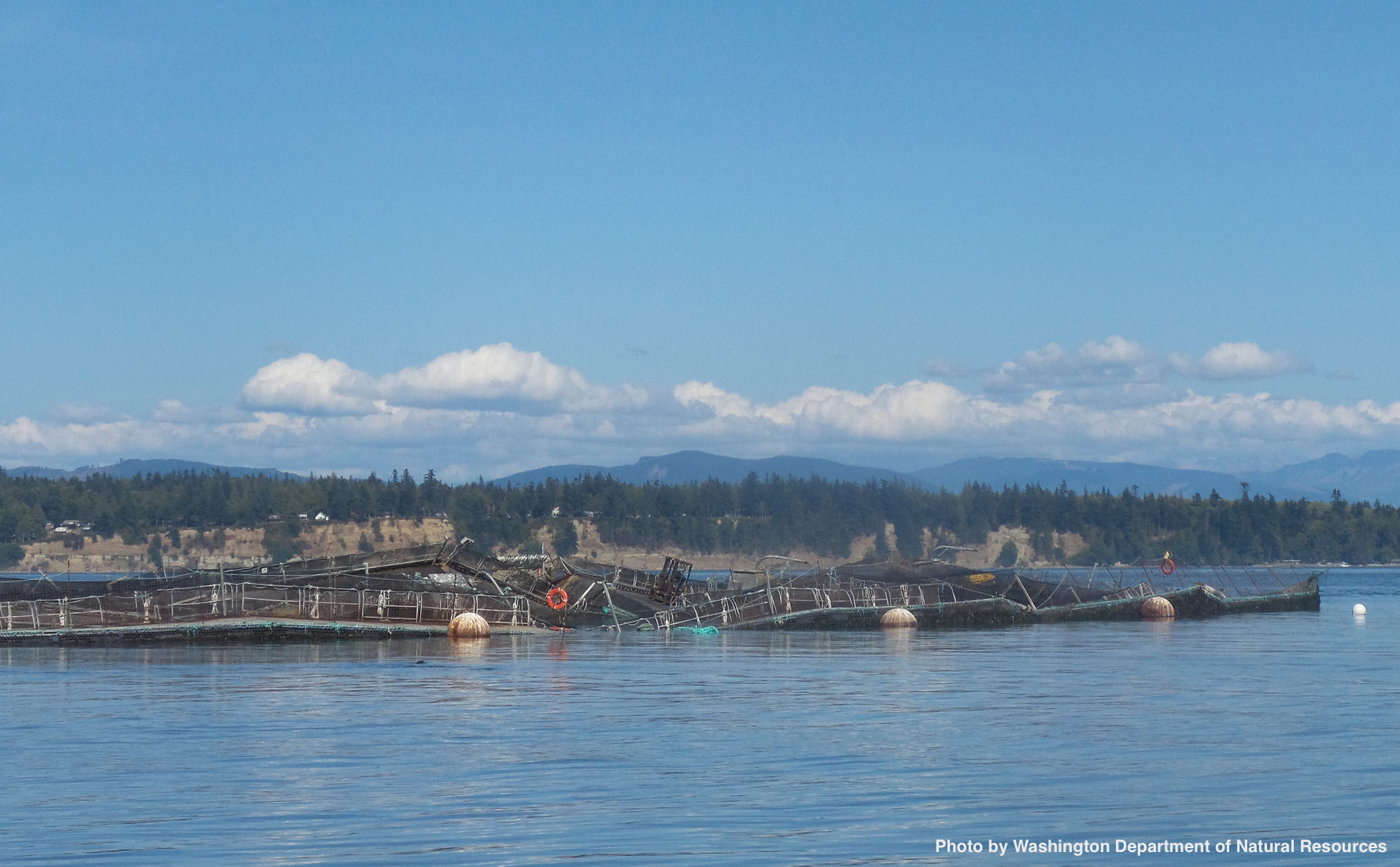 It is uncertain how big of a threat Atlantic salmon pose to native Pacific salmon stocks due to limited research on the topic. The Washington Department of Fish and Wildlife notes that while escaped Atlantic salmon have been documented spawning in the wild, there is no evidence that their offspring have also survived long enough to reproduce. Fishermen noted that two weeks after the spill, three adult Atlantic salmon were found in the Sabine Channel, 80 nautical miles away from the spill site, including two hefty females developing eggs, and Atlantic salmon were also found with native salmon fingerlings in their bellies. The timing was particularly bad for this accidental release, due to the wild natives making their runs up the rivers at the same time. If Atlantic salmon follow Pacific salmon upstream, they could threaten wild stocks due to the spread of diseases, such as yellow mouth disease, or competing for food and spawning area with native salmon. However, the National Oceanic and Atmospheric Administration (NOAA) noted that farmed salmon raised on fish feed are not accustomed to catching fish to eat, and would most likely turn into prey themselves in the ecosystem.

Although the impacts of this fish spill remain to be seen, the accident certainly does not do any favors for wild fish runs in the area, some of which have federal protection under the Endangered Species Act. After the spill, Washington Department of Fish and Wildlife requested anglers and commercial fishers to catch as many escaped Atlantic salmon as possible, with no size or weight limit. Anglers have reported catching 1,952 Atlantic salmon in Puget sound and surrounding waters, while citizens of the Lummi Nation have caught at least 20,000. Once these fish were captured, many were taken to nearby ports to be frozen and properly disposed of. However, 100,000 escaped Atlantic salmon are still unaccounted for, representing a flood of uncertainty for iconic wild salmon of the Pacific Northwest.