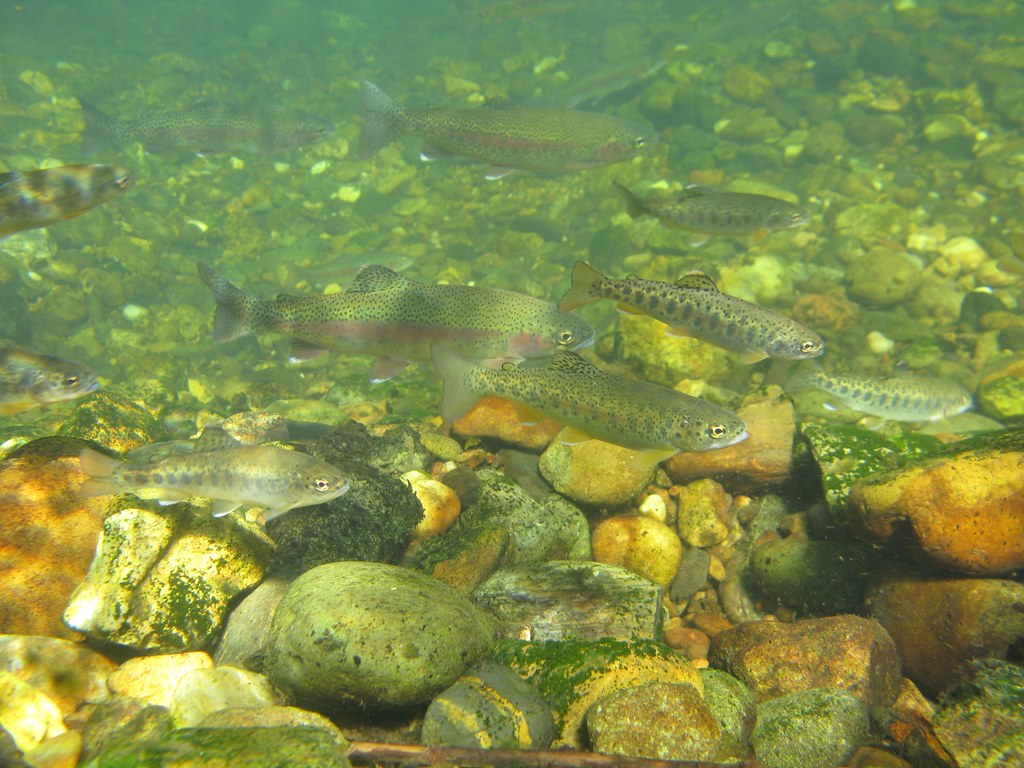 Cooked trout might make an excellent dinner, but sizzling water temperatures are bad news for wild trout in rivers. Rainbow trout on the Stanislaus River found themselves in hot water in 2014 and 2015, when prior releases from New Melones Reservoir and consecutive dry years depleted the lake’s coldwater storage. This left only warm water available for release, increasing stream temperatures during a time of dwindling stream flows. We witnessed the effects in our annual trout snorkel surveys, which revealed dramatic declines in trout densities in 2015 and 2016 to their lowest point since surveys began in 2009. Since FISHBIO had already collected eight years of annual trout density estimates on the Stanislaus River, we could document this drastic decline and show the importance of stream temperature to the trout population. We continued annual abundance surveys in 2017 to investigate any changes after one of the wettest winters on record and saw hopeful signs of increasing trout numbers in the Stanislaus River.

When FISHBIO scientists pulled on their wetsuits and snorkel masks last September, they weren’t sure what to expect. Consecutive years of drought and major declines in Stanislaus trout followed by the wild winter of 2017 had surely affected the rainbow trout population, but we could only guess at which direction. However, after 13 days of snorkeling, it was clear trout densities had increased from estimates in 2016. While total trout numbers are not back to pre-drought levels, the 2017 estimate is about half of the 2009-2014 average (9,629 vs 20,221) and almost double the 2015 and 2016 estimates. A large percentage of the increase comes from high young-of-the year densities, indicating a successful year of reproduction. Further, trout were observed in the most downstream reach (between Orange Blossom Bridge and Oakdale) in 2017, where they had been absent in 2016. These results suggest stream conditions have returned back to within tolerable limits, bringing some hope for trout and good news for anglers. 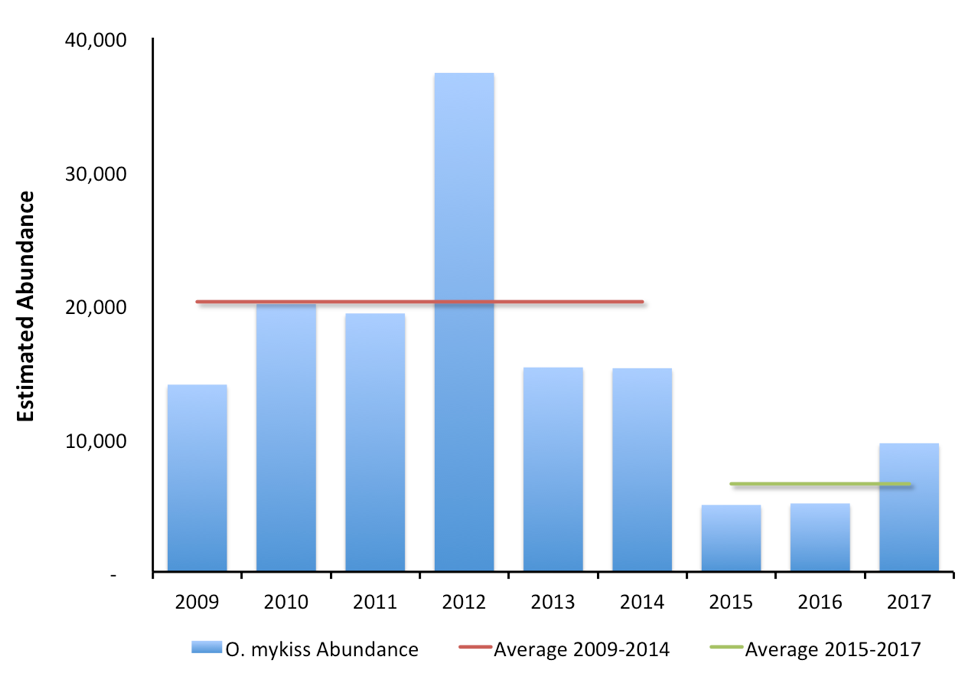 Figure 1. Number of trout per mile observed during annual snorkel surveys on the Stanislaus River.

The main benefit of long-term monitoring, like the annual snorkel surveys that FISHBIO conducts on the Stanislaus River, is the ability to track population changes over a wide range of environmental conditions. Factors such as stream flow, water temperature, and spring and fall pulse flows all affect trout populations and also differ from year to year. Without collecting the same data each year, it would be impossible to tell if or how changes in these factors relate to changes in the trout population. This is especially important now that multiple years of drought have led to a reinitiation of consultation between the U.S. Fish and Wildlife Service, U.S. Bureau of Reclamation, and the California Department of Water Resources concerning the 2009 Biological Opinion on the impact of long-term operations of the Central Valley Project and State Water Project on endangered fish species in the Sacramento and San Joaquin rivers, the Delta, and its tributaries. If surveys before 2015 and 2016 had not been completed, managers, scientists, and other stakeholders would not have known trout densities in 2015 and 2016 were nearly 75 percent lower than the long-term average (2009-2014) due to high water temperatures. Long-term studies that improve our understanding of how reservoir and river temperatures relate to trout populations are key for managing water and fish in California’s Central Valley.