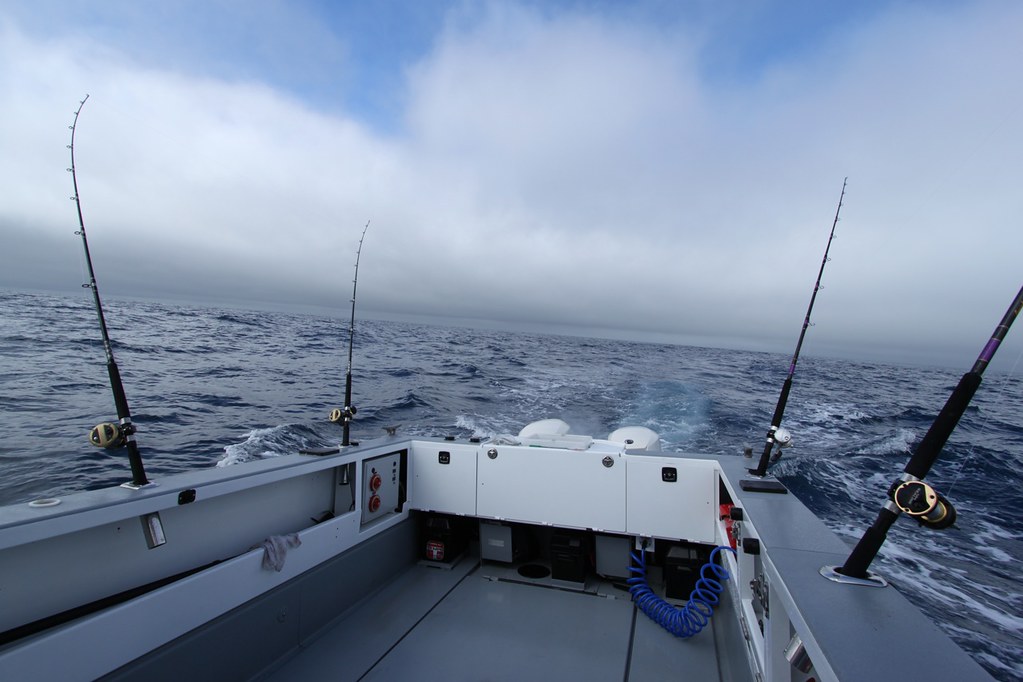 We previously detailed the findings of the Pacific Fisheries Management Council (PFMC) in their review of the 2016 salmon fishery­­. The abundance of salmon notably declined in 2016, leading to reductions in sport and commercial fishing catch, as well as fewer fish returning to rivers. Each year in February, after summarizing the previous year’s conditions, the PFMC uses a set of mathematical models to predict salmon abundance on the West Coast for the upcoming year. To forecast an index of abundance for Sacramento River Fall-run Chinook (SRFC) salmon, the largest population of salmon in the Central Valley, they use data on the number of fall-run Chinook jacks (two-year old fish) that returned to the river the previous fall. This forecast, called the Sacramento Index (SI), is the number of adult fish projected to be available in the ocean, which will either be harvested or will escape to natural areas and hatcheries in the Central Valley. PFMC uses the SI to set salmon fishing regulations for the upcoming year.

PFMC has overestimated the SI in 10 of the last 12 years, despite recent changes to the forecasting method. Researchers from the National Marine Fisheries Service and University of California Santa Cruz acknowledged that all the forecasting methods they reviewed contain “substantial errors,” indicating it is difficult to accurately forecast Sacramento River Fall-run Chinook given the limited data available (Winship et al. 2015). Improvements in tagging and escapement programs over time could allow for age-specific abundance forecasts and increase confidence in preseason predictions. However, previous studies have suggested that large errors in salmon forecasts may be unavoidable. The inaccuracy in salmon predictions is a continuing concern for management of the Central Valley population, as optimistic preseason estimates have led to elevated harvest rates and reduced escapement.

The PFMC preseason projections for the 2017 season are not promising. The forecast estimates a total of 230,700 Sacramento River fall-run Chinook salmon adults in the ocean this year, which is the lowest projected total since 2009. In the Klamath River ocean fishery, the projected population of 54,200 salmon is the lowest on record. Given the troubling preseason predictions and the low 2016 abundance, PFMC has focused on tightening fishing regulations in 2017 to ensure that stocks are not overharvested. The 2017 salmon population, born two to four years ago, faced difficult conditions similar to the 2016 population, despite attempts by state and federal agencies to minimize the impacts of the drought. Millions of dollars were spent to increase smolt survival by trucking hatchery salmon to the San Francisco Bay and Sacramento-San Joaquin Delta, and improvements were made to hatchery infrastructure. However, poor ocean and river conditions have still taken a toll on the population, which led to difficult decisions about sport and commercial fishing regulations for 2017.

While the fishery will not face complete closure in 2017, salmon fishing opportunities are significantly reduced compared to previous years. All fishing is closed for the entire season north of Horse Mountain (about five miles north of Shelter Cove, CA), and is limited in the Fort Bragg, San Francisco, and Monterey regions. The commercial fishery in the Fort Bragg area will open in September (only five days per week) or until a 3,000 Chinook quota is met. In the Bodega/San Francisco area, the commercial season will run from August through mid-October, while in the Monterey area and south, the season is open from May to June 30. The PFMC expects that the reduced fishery in 2017 will result in a 17 percent reduction in the exvessel value of the California salmon catch compared to 2016, and a 66 percent reduction from the 2012-2016 average value.  However, this value is padded to some extent by the larger fishery in the Monterey area; in the Fort Bragg and Bodega/San Francisco fishing zones, there will be a more drastic estimated reduction in value of 94% and 72%, respectively, compared to 2016.

Recreational fisheries will not be as hard hit as commercial fisheries, and will generally be open throughout the summer­­­. The Fort Bragg area will again face the most severe restrictions; the fishery was open in April and May, and will open again from mid-August to mid-November. This limited fishery is expected to result in a 37 percent loss in income impacts to the local economy compared to 2016, while all other fishing zones are expected to have gains in income impacts from the recreational fishery. With the recreational season already open in many parts of the state, the early returns are not promising, but 2017 season harvest estimates will not be known until this fall. If the preseason predictions turn out to again be overestimated as they have been in the recent past, California could be facing an extremely disappointing salmon season for both commercial and recreational anglers.