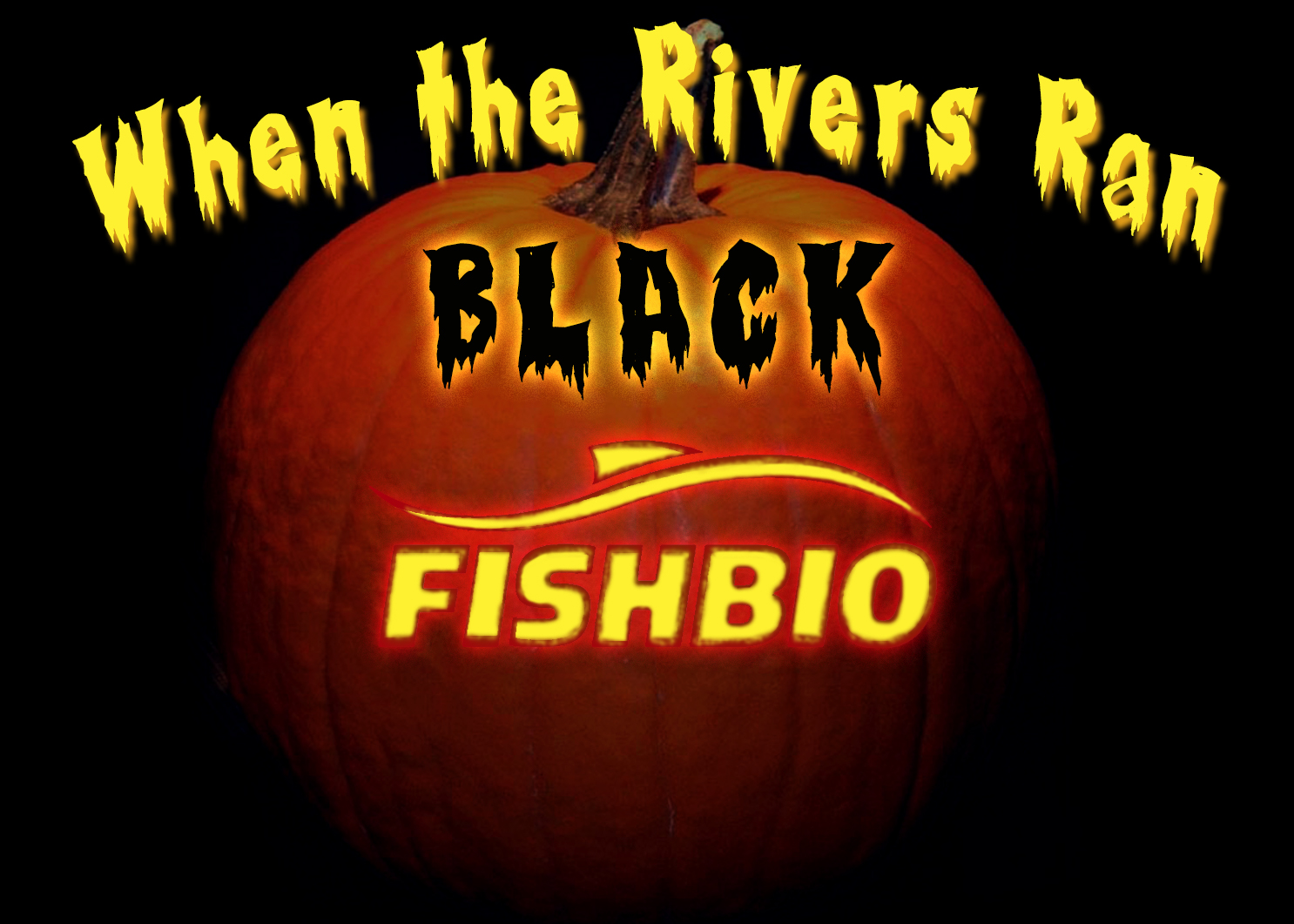 Talk to enough anglers in California, and you may hear at least one version of a story passed down for generations: how the rivers once ran black with salmon, and you could walk across their backs from shore to shore. Is this just a good fish story, or did this scale of abundance actually once exist, and if so, what happened? Yoshiyama et al. (1998) provides a compelling historical perspective on our state’s salmon populations. Prior to the arrival of California settlers in the mid 1800s and the subsequent transformation of the state’s rivers, Native American tribes relied on the salmon runs as a major food source. Early estimates of Chinook salmon populations for all runs combined were based on estimates of Native American harvest, and suggest that salmon runs exceeded 1 to 2 million wild adult Chinook salmon each year (Yoshiyama et al. 1998). Contrast this with a population of 171,175 adults recorded in 2015 that was largely composed of salmon from hatcheries.

Early harvest data showed that tribes collected up to 10 million pounds of salmon annually. Strong populations in every major tributary to the Sacramento and San Joaquin river were likely bolstered by completely accessible streams, no invasive predators, pristine habitat, and unimpaired flow. As settlers started to arrive, the proliferation of commercial fisheries began to take over. In 1874, up to 21 salmon canneries were actively processing over 6 million pounds of salmon and shipping it to the East Coast and even Australia (Yoshiyama et al. 1998). From 1875-1883, commercial salmon catch ranged from 4.4–10 million pounds annually. Fish were netted by seines attached to horses on gravel bars or with drift gillnets. Spring- and winter-run salmon were the preferred catch because these runs arrived in the river early in the year, were in better condition, and had the highest quality of meat. While today both of these runs are protected under the Endangered Species Act due to low abundance, historically, the spring run was one of the most abundant, rivaling or exceeding fall-run Chinook (which is the most abundant run in modern times). Winter-run Chinook were a smaller, but still abundant run limited to the northern Sacramento tributaries (i.e., McCloud, Fall, Pit, and Little Sacramento rivers). Now, winter-run are listed as endangered. 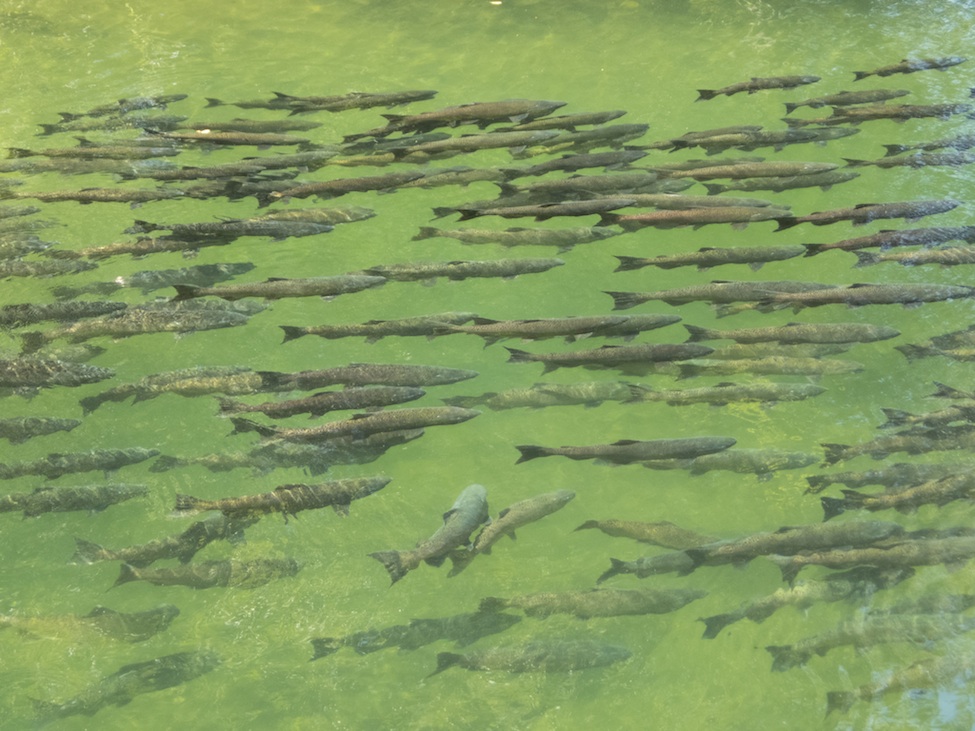 By the turn of the century, California’s abundant natural resources were being impacted in the quest for gold. Ground sluicing began the deconstruction of rivers by diverting water to process gold from instream gravels. Spawning beds were dug up and turned over in pans and sluice boxes. Once the river gravel was diminished, eager miners looked upward to nearby bluffs. These bluffs were excavated using hydraulic mining, which blasted water to erode gold-laden sediment that washed down from the hills and was processed streamside. Processed remnants from these efforts clogged the riverways, decimated water quality, and left mine tailings along the shore still seen today in many California rivers. Reports even stated that salmon stopped arriving in the Feather and Yuba rivers due to the overall poor stream conditions from mining.

Other factors such as railroad construction, logging, and the development of water diversions and dams all took a toll on Chinook salmon populations. Meanwhile, the gillnet fishery persisted. Gillnets would span the entire width of the Sacramento River at times (Yoshiyama et al. 1998). In some years, salmon couldn’t be processed fast enough, and wasted carcasses had to be discarded into San Francisco Bay. However, Chinook population numbers began to decline significantly, and by 1927, the commercial fishery was averaging less than 1 million pounds of salmon, which dropped to under 400,000 pounds in 1934 (Yoshiyama et al. 1998). Chinook salmon were no longer abundant. While it’s disheartening that these once plentiful fish have so significantly declined, it is also impressive that despite the odds, salmon have persisted into modern times. Each of the four runs of Chinook salmon (i.e. fall, late-fall, spring, and winter) possesses unique characteristics, and the adaptability of salmon has helped them endure challenging times. We can only hope that the salmon’s incredible ability to persist will help these fish hold on amid an era of new challenges that must be addressed.