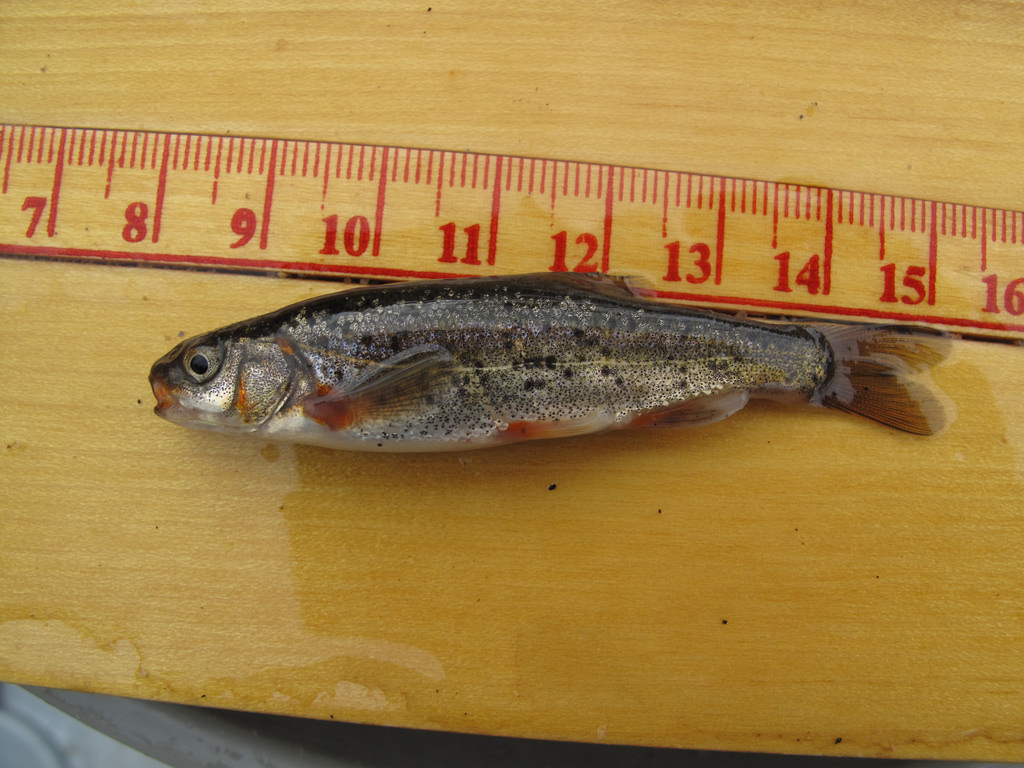 People have a lot of different common names for fish, and this can easily lead to confusion. For example, asking someone in Georgia what a “perch” is will likely result in a totally different answer than asking someone in Minnesota. But perhaps the most frequently used and arguably the most confusing of the common fish terms is “minnow.” Most people would probably identify any small, silvery fish in a lake or stream as a minnow, but this blanket term masks an astounding amount of species diversity. True minnows are fish belonging to the Family Cyprinidae, which contains over 3,000 species spread across North America, Eurasia, and Africa. Much like the term minnow underrepresents the true abundance of species, it turns out even the established species within this family may not fully reflect the extent of their diversity. New genetic techniques are allowing scientists to more closely examine small fish like minnows, revealing that populations previously thought to belong to one species may actually contain multiple species and subspecies. The description of the California roach (Hesperoleucus spp.) species complex is a recent example of this phenomenon, as a recent molecular assessment revealed that populations of this “minnow” are represented by far more than just a single species (Baumsteiger et al. 2017).

The California roach is a small fish, typically only growing to an adult length of about 3.25 inches (8.3 centimeters). But what it lacks in size it makes up for in distribution, as its range stretches from the California-Oregon border to the Sacramento and San Joaquin rivers, and also includes numerous coastal streams from the Eel River in the north to Monterey in the south. Understanding the diversity within the California roach species complex is something scientists have wrestled with since the species was first described in 1854. Over the course of the twentieth century, this lowly minnow was alternatively categorized as one species, three species, eight species, and eight subspecies. Fortunately, genetics have come to the rescue, allowing fisheries biologists to finally have a way to clearly resolve just how many California roach species are out there. As of this year, it was determined that the California roach complex includes five species, four subspecies, and five distinct population segments (Baumsteiger and Moyle 2019).

Why, one might ask, does this matter? What is the significance of this distinction of species and subspecies among populations of a fish that at a glance all look identical? The importance lies in the fact that these different groups have long been isolated from one another, resulting in the development of local adaptations and novel evolutionary trajectories. Lumping them all together as a single species may result in management strategies that overlook the needs of unique populations with unique adaptations. Furthermore, the differences among the newly described classifications of California roach, though perhaps not noticeable to the average observer, are quite real. In fact, one of the newly identified species is the result of historic hybridization events with hitch (Lavinia exilicauda), a fish belonging to an entirely different genus. In order to conserve biodiversity, scientists first have to identify it, and modern genetic techniques are allowing researchers to fully appreciate the wealth of diversity hidden within even the smallest of minnows. Check out this list on the California WaterBlog to see the distinct species, subspecies, and distinct population segments of the fish all formerly known as the California roach.