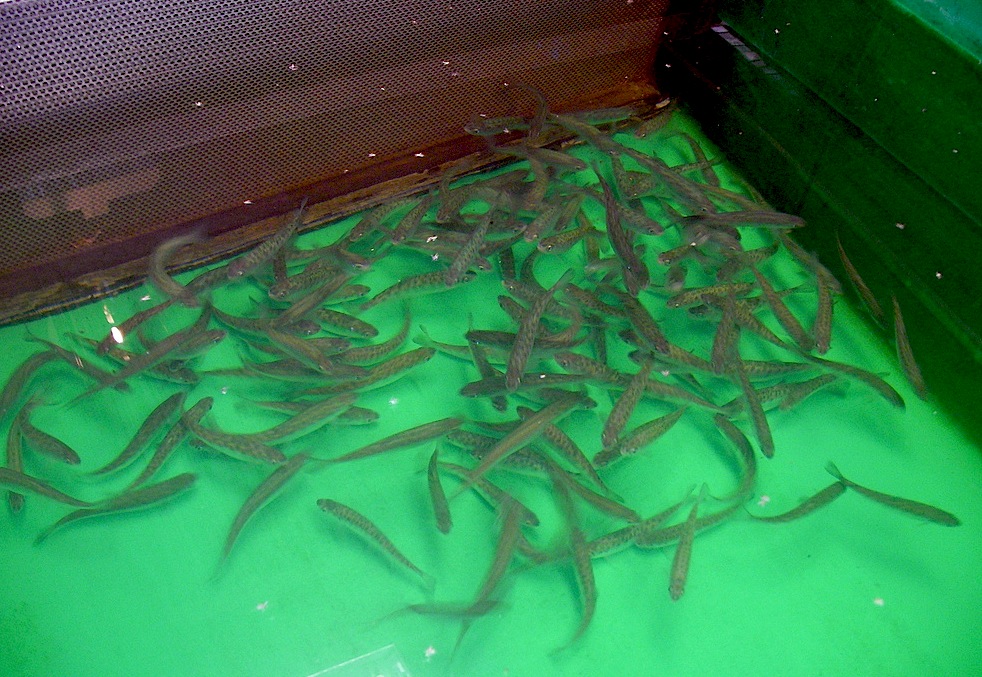 Spring is a time for young salmon to migrate to the ocean – and an increasing number of them are making the trip by truck. Passage in the rivers can be full of hazards, from predators to poor water quality. To improve survival, California hatcheries have for years been loading their juvenile salmon into trucks and releasing them off-site, or in waterways other than where the hatchery is located. From 2007 to 2013, 54 percent of all hatchery fish in California were released off-site (PSMFC 2013), and in 2014, poor river conditions due to the drought resulted in 83 percent of all hatchery fish being transported and released off-site, mostly into the Delta or the San Francisco Bay. While this strategy certainly increases juvenile survival, the question remains – at what cost?

Fish released off-site do not have the chance to imprint on their natal river, and are therefore likely to stray to other rivers when they return as adults. While incidences of straying occur naturally in salmon populations, hatchery fish released off-site can have straying rates higher than 90 percent (CDFG 2010). In a previous Fish Report we noted concerns about this increasingly common practice and the reductions in genetic diversity that can result (Williamson and May 2005). This genetic homogenization of the Central Valley salmon population is all the more troubling because hatchery fish can reduce overall population fitness: they average only about half the reproductive success of their wild-origin counterparts when spawning naturally (Christie et al. 2014).

The importance of population diversity has been proven in fisheries biology, as fish stocks often display considerable biocomplexity, or biological diversity, which results in more stable and sustainable populations as a whole (Hilborn et al. 2003; Schindler et al. 2010). This stability linked to variation among populations is often referred to as the “portfolio effect,” a term borrowed from the field of economics, whereby diverse investments can lead to a more stable financial portfolio.  Among California salmon stocks, Carlson and Satterthwaite (2011) found that adult returns to the Central Valley as a whole were up to 35 percent more stable than the escapement variability found in each tributary, meaning the collective stability of all stocks was greater than each one individually. Furthermore, the study compared the strength of the Central Valley portfolio effect through time (1957-2008), and found evidence that this stabilizing effect deteriorated between the first 25 years in the data set and the last 25 years. This loss of diversity in the salmon population may possibly be linked to an increase in hatchery production occurring around the same time, the authors noted at the recent Cal Neva American Fisheries Society meeting.

Such losses in biocomplexity are dangerous because of the many threats salmon face in the highly altered Central Valley, and the potential inability of this species to persist if faced with a major environmental disaster, which the current drought in California may foreshadow. Yet despite recommendations from the California Hatchery Scientific Review Group, who warned about increases in straying rates due to off-site releases as early as 2010, managers from across the state have responded to drought conditions by trucking salmon from hatcheries to release sites in the Delta and Bay.

Trucking fish during the drought is an honest effort to protect a beloved and iconic species, but decision-makers need to use the available scientific information and realize that these practices may be sacrificing long-term population viability for short-term increases in survival. Even the best of hatchery intentions may ultimately harm salmon in the long run (Levin et al. 2001). It is time to decide whether we want to base our salmon production goals on sheer numbers of genetically similar hatchery fish, or on diverse, wild fish naturally supported by our local rivers.