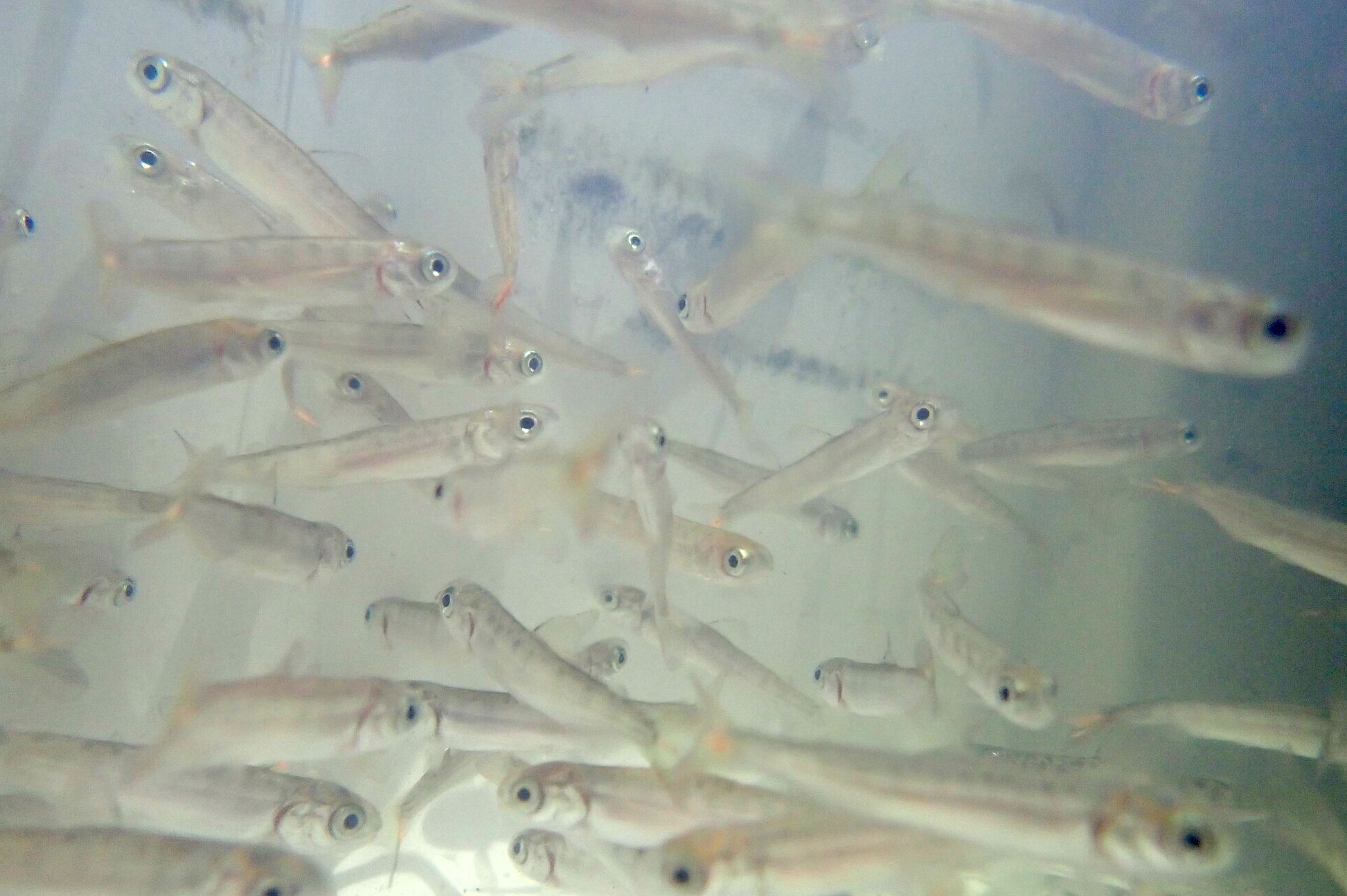 We’ve all heard that “variety is the spice of life,” but a conservation biologist might suggest “variety is essential for life.” It’s understood that the more genetic diversity a population has, the more likely it will be to be able to adapt to future changes. A loss of diversity may occur as a result of a bottleneck, in which a species is reduced to very few individuals, but it can also result from increasing the connectivity of populations that were historically isolated from one another. In the case of Central Valley fall-run Chinook salmon, both of these factors have led to a loss of genetic diversity. Historically, numerous streams throughout the Valley hosted unique populations of fall-run Chinook, each with their own genetic characteristics. However, a recent publication by researchers at UC Davis has added to the body of knowledge indicating that hatchery practices have led to a more genetically homogenous (less diverse) population, which in turn has become less stable and more vulnerable (Dedrick and Baskett 2018).

The large and diverse geographic area of the Central Valley allowed historic fall-run Chinook populations to develop many local adaptations, such as slight differences in the timing of migration and when young salmon enter the ocean. The collection of uniquely adapted populations provided stability to the species as a whole through the “portfolio effect.” This term is borrowed from the financial world, in which investments in a balanced “portfolio” of stocks provide more stable returns. In biological terms, this means if one population suffers low survival in a given year, other populations with higher survival could compensate by adding more individuals to the overall population. This would have a stabilizing effect, allowing the species to persist when faced with natural disasters and years of low survival due to poor environmental conditions. However, this buffering only occurs when fish in the populations are allowed to adapt to their local conditions.

Approximately half of the roughly 32 million juvenile fall-run Chinook produced by Central Valley hatcheries each year are trucked and released directly into the San Francisco estuary. When fish are trucked for most of their juvenile migration, they fail to imprint on their home river, which can increase straying rates of returning adults by up to 80%. These straying adults move into “new” habitats to spawn, like several streams in the South San Francisco Bay where they were not historically found. Hatchery-produced fall-run Chinook now dominate adult returns to spawning areas even on many rivers without hatcheries, and they make up the majority of the commercial Chinook salmon catch. Recent research focusing on the effects of large-scale hatchery production on the population as a whole suggests that population stability has been traded for larger average annual adult returns.

The first of three main studies to examine this problem found that a small stabilizing portfolio effect still exists, but the researchers noted that adult returns to the entire Central Valley were only 2% more stable than adult returns to the Sacramento Basin alone (Carlson and Satterthwaite 2011). This means that fall-run Chinook returns to the Sacramento Basin drive the variability in overall Central Valley adult returns, and adult returns to the San Joaquin Basin provide only a minimal stabilizing effect. A follow-up study examined variation in annual fall-run Chinook production as it related to hatchery practices and environmental influences (Satterthwaite and Carlson 2015). They found that as the frequency of off-site hatchery releases increased, there was also an increasing level of synchrony in the timing of life-history events, such as the average date of ocean-entry for smolts, as well as increasingly synched production across populations. This means that if one population had a bad year, all populations would have a bad year. Importantly, these patterns across populations could not be explained by environmental factors, and the researchers could not find a similar synchronization in life-history events on the Klamath-Trinity River system, where almost no trucking of juveniles occurs.

The latest study by the UC Davis researchers used a computer model of two streams, one with and one without a hatchery, to demonstrate how hatchery trucking practices can weaken the portfolio effect. They concluded that genetic homogenization of the population plays a large role in eroding the portfolio effect in fall-run Chinook. Their results suggest hatchery-trucking is the cause of the genetic homogenization of the population, and is contributing to the lack of stability in annual adult returns. Therefore, the authors suggest that managers should either quit trucking altogether and release fish at the hatcheries to preserve diversity in the system, or truck all hatchery fish to estuaries and completely rely on hatchery fish to maintain the entire population of Central Valley fall-run Chinook salmon.