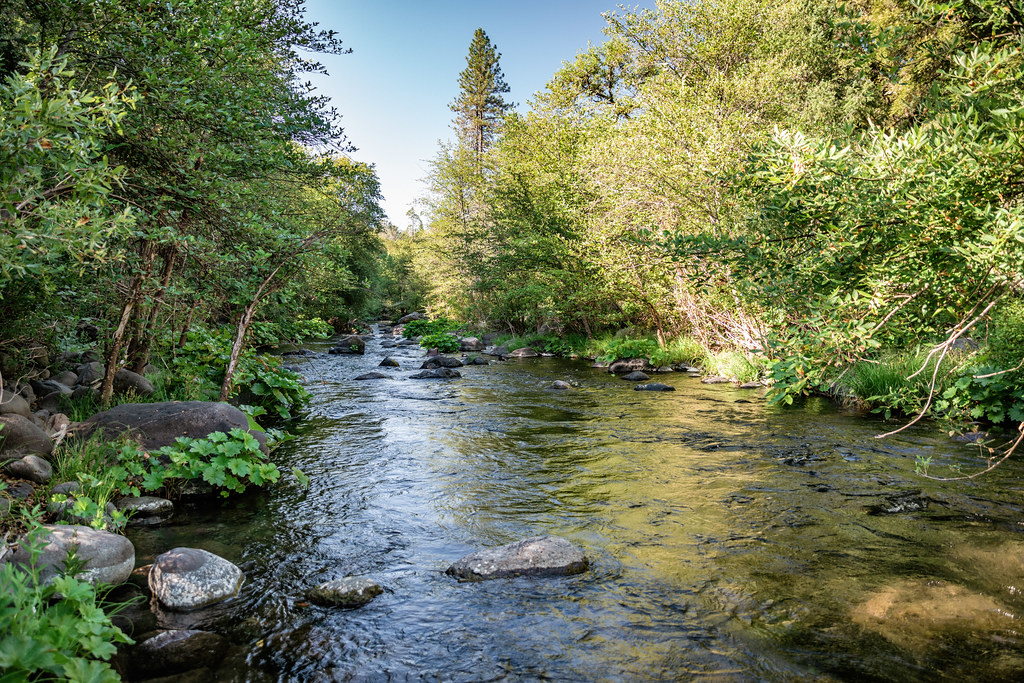 When plumes of dust rise over almond and walnut orchards from the harvest and truckloads of fresh chopped corn make their way along the country roads to the dairies, you know it’s fall in the California Central Valley. It’s also the time of year when water managers make an assessment of the closing water year and look forward to the year to come. The water year runs from October 1 to September 30, and the 2019 water year that just ended was a good one by all measures. Rainfall, snowpack, and carryover storage were all higher than the previous year, and well above average. 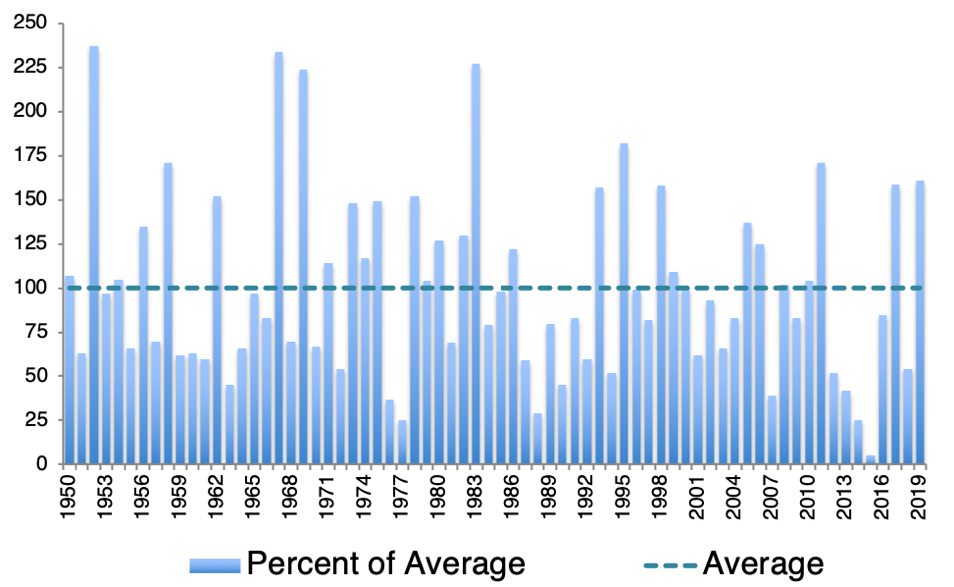 The average measurement of snowpack water content generally peaks on April 1, so it is used as a benchmark for water management and to compare between years. On April 1, 2019, the statewide average snow water equivalent was 45.3 inches, or 161 percent of average. In recent years, the snowpack has melted away by the beginning of June. However, the snowpack persisted this year due to mild spring temperatures, and on June 1, 2019, remained at a whopping 202 percent of average for that date (16.9 inches). The slow melting snow this year allowed the reservoirs to capture and store a lot more water than would have been possible if it had melted more rapidly. When the spring runoff peaks earlier in the spring, reservoirs have to evacuate more water to make room for the runoff. 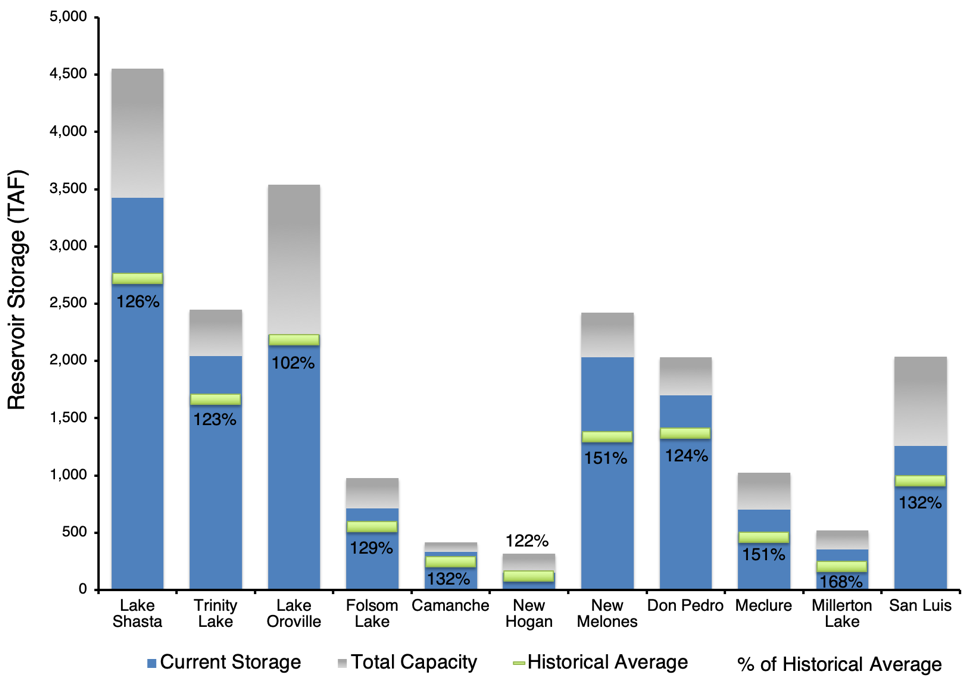 Caption: California reservoir storage and capacity as of October 1, 2019.

As a result of the above-average precipitation and snowpack, most of the major reservoirs in Northern California have been able to carry more water over into the new water year. When it comes to predicting weather conditions for the coming winter, it remains a coin toss. According to the National Weather Service Climate Prediction Center, the El Niño/La Niña (ENSO) is expected to remain neutral through the fall and possibly into spring. The NOAA three-month precipitation probability model gives northwestern California a low chance (33% probability) of being drier than normal, and the rest of the state an equal chance at being above normal or below normal. Whether or not California enters into another dry period, our well-filled reservoirs suggest we are in good shape for the immediate future.