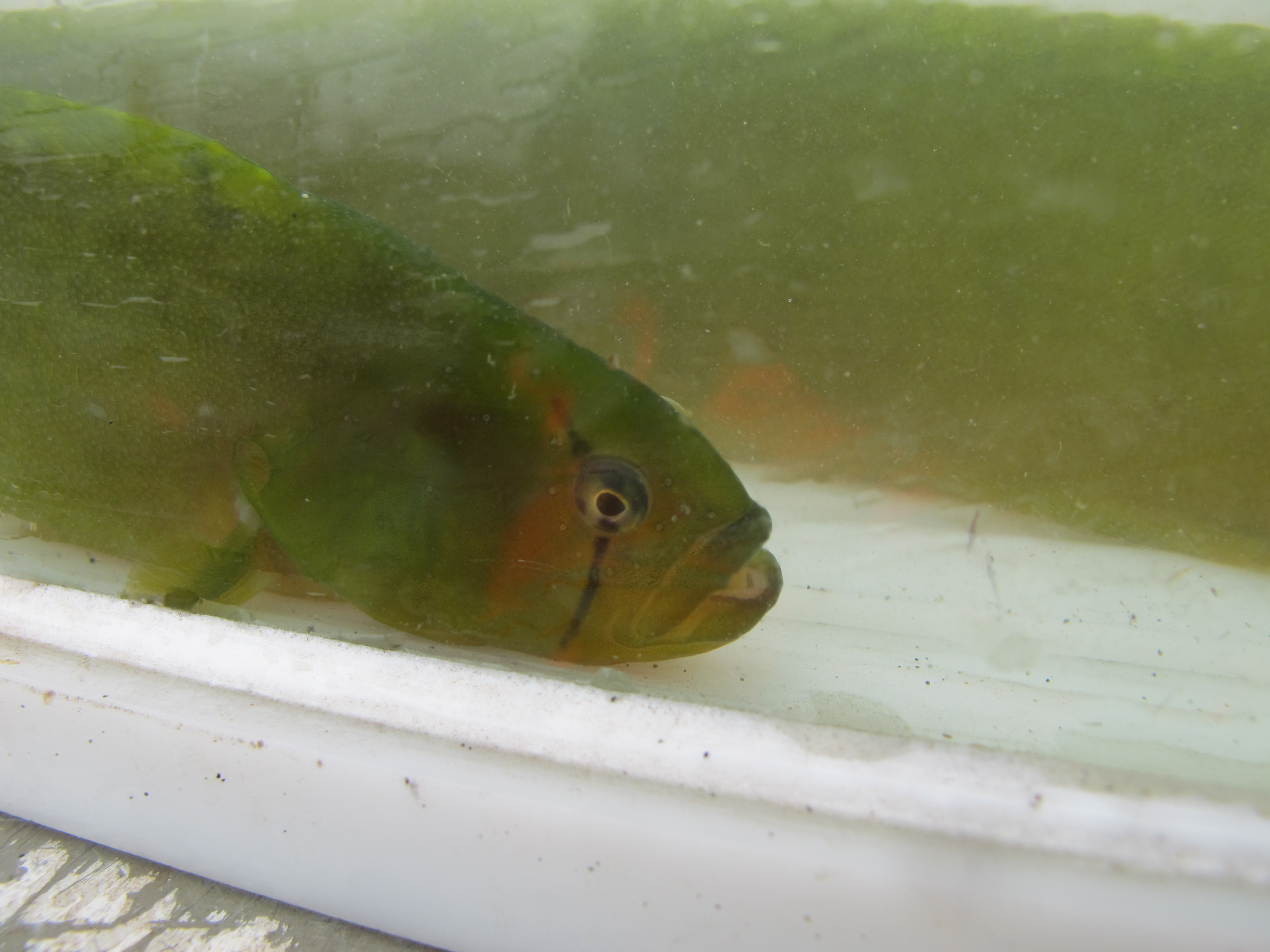 For most fish species, their coloration provides some clues about the kind of environment they inhabit. Species that roam the water column (such as salmon) typically exhibit countershading: their silvery undersides minimize their contrast against the sky to hide them from predators lurking below, while their darker-colored backs blend in with pelagic waters or the substrate when viewed from above. Benthic (bottom-oriented) fishes, like the prickly sculpin shown below, often exhibit cryptic coloration, effectively camouflaging them again the substrate. 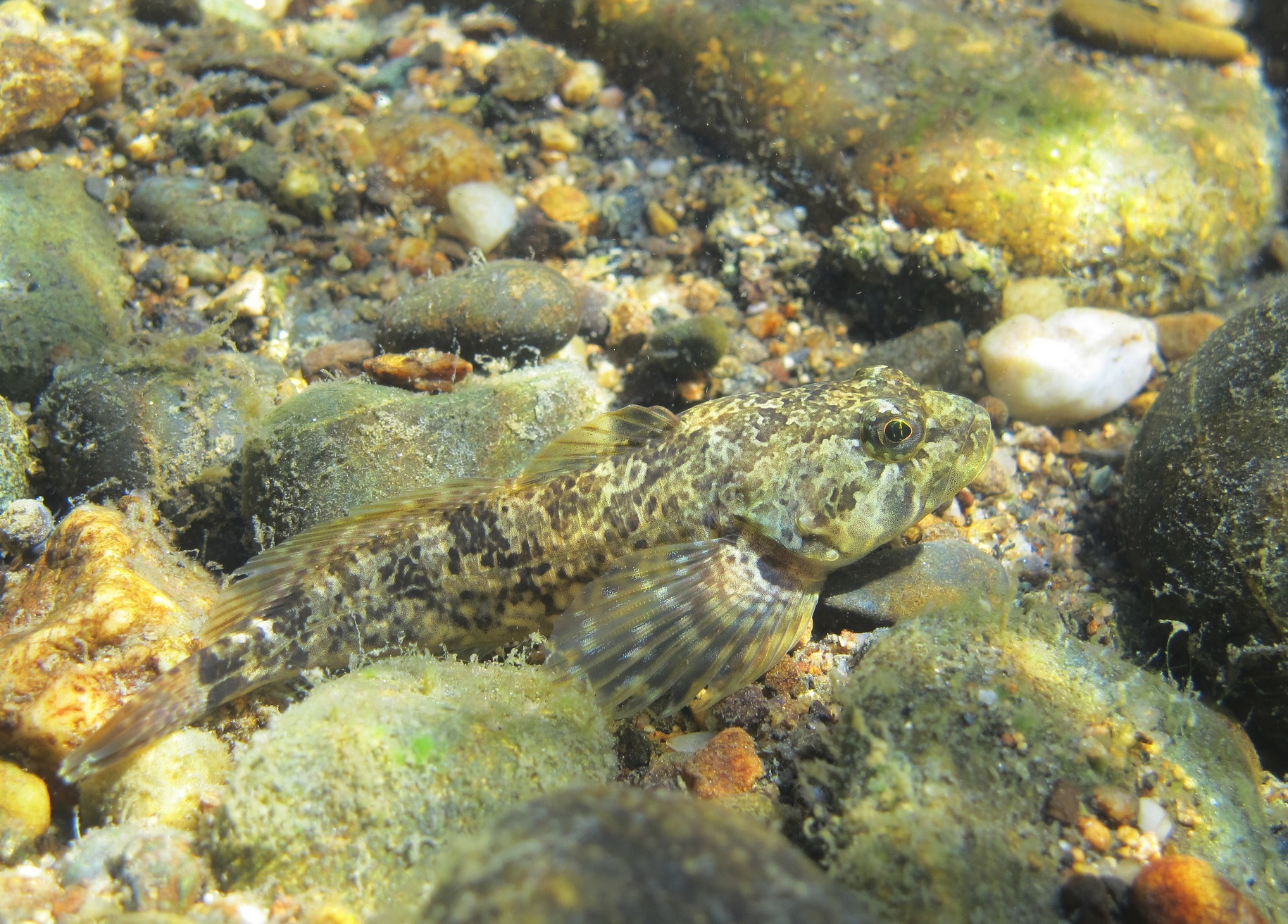 The coloration of adult penpoint gunnels typically matches the dominant algal community of their habitat. Green individuals are found in the upper intertidal zone where green algae (and eelgrass) is most common, brown specimens most frequently occur in the mid-to-lower intertidal zone where brown algae mainly occurs, and in deeper water where red algae become increasingly prevalent, penpoint gunnels tend to be red as well (Wilkie 1966). Notably, these fish cannot change their color; rather, their resulting color is thought to be determined by the vegetation upon which their larval stages settle, combined with their diet during the early part of their lives (Wilkie 1966). 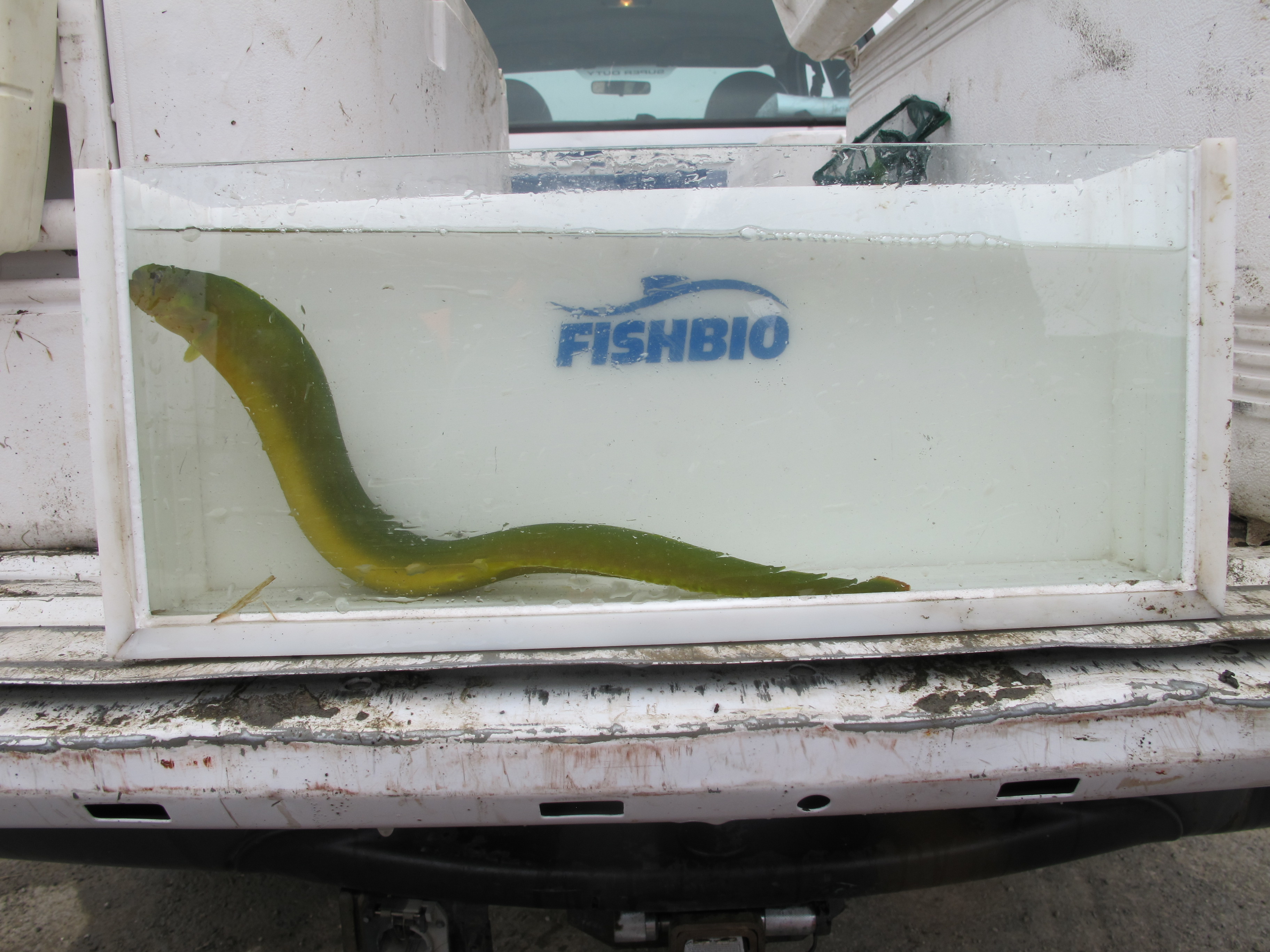 Coming across colorfully adapted groups of fishes such as sculpins or gunnels, both masters of camouflage in their own right, serves as a constant reminder to take a very close look or two when working in aquatic environments – or you may just miss the opportunity to check out these cryptic critters in more detail!