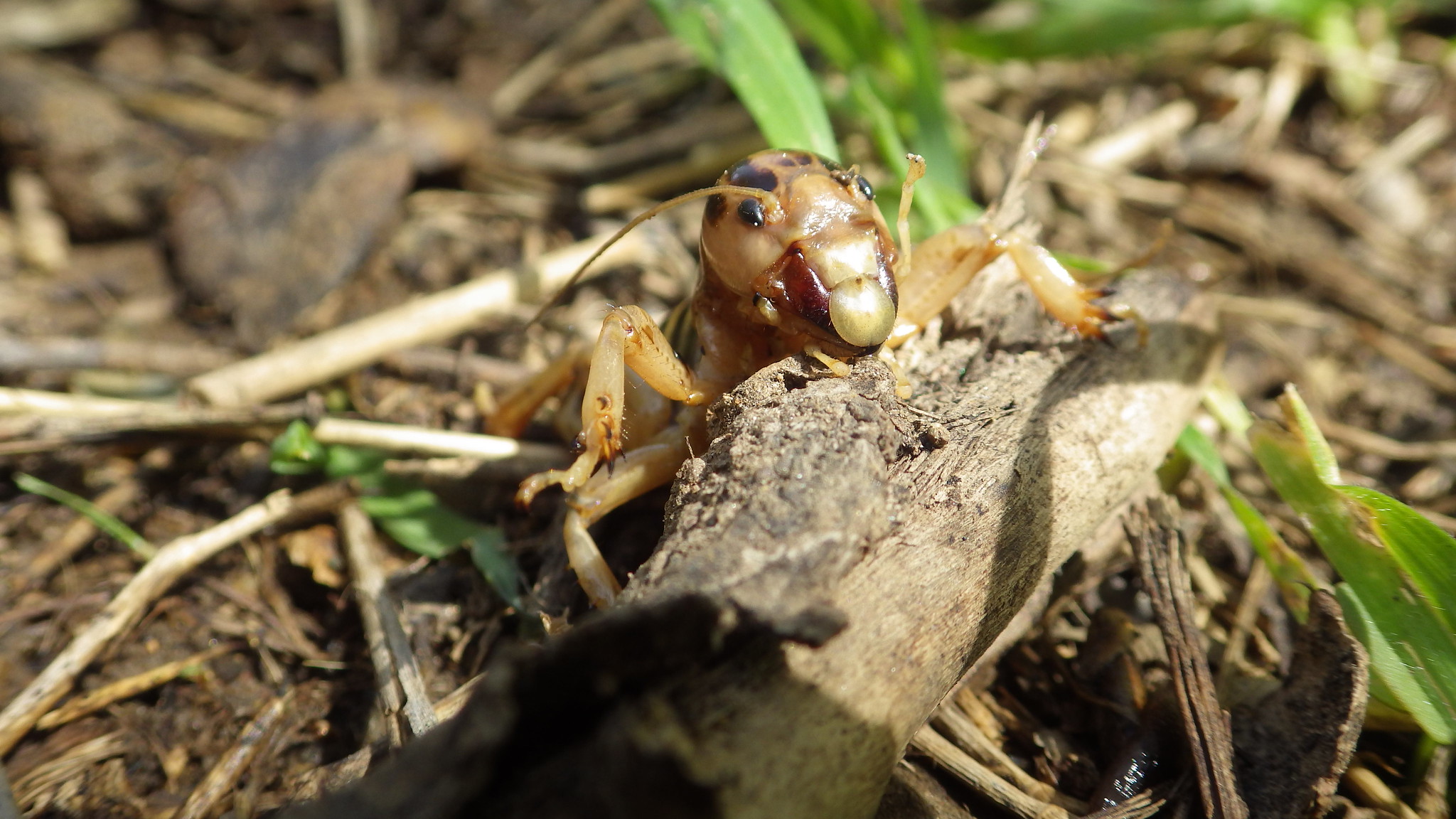 Few insects in California are as strange as those in the genus Stenopelmatus, such as this individual spotted by one of our scientists in the field. Even more bizarre than their appearance is the wide array of common names this group has collected over the years, including potato bug, stone cricket, sand cricket, niño de la tierra (“child of the earth” in Spanish), qalatötö (“shiny bug” in Hopi), and c’ic’in lici (“red skull” in Navajo). Today they are most commonly referred to as Jerusalem crickets, and the origins of that name are a source of much debate in the scientific community. Possible explanations include their bodies resembling a Jerusalem Cross, the fact that their diet includes Jerusalem artichokes (unlikely, as this plant does not occur where they live), the Navajo reference to them as “skull insects” being associated with “Skull Hill” in Jerusalem by Franciscan priests, or their name being derived from the use of “Jerusalem!” as a swear word uttered by startled people in the 19th century (presumably when encountering one of these unusual bugs). Whatever the origins of their peculiar moniker, these large insects are decidedly unique.

Although they belong to the same order as true crickets and grasshoppers (Orthoptera), Jerusalem crickets are part of a completely separate superfamily, the Stenopelmatoidea, which includes the similarly thick-bodied wetas and king crickets of New Zealand and Australia. Native to the Western United States and Mexico, the genus Stenopelamtus is a relatively understudied group of insects. Some entomologists estimate than there may be 100 or more species, many of which have yet to be described. These flightless bugs are largely nocturnal and spend most of their time burrowing in the soil, where they use their formidable mandibles to feed on decaying roots and tubers, and occasionally other insects. Although they are not venomous, their jaws can inflict a painful bite to the careless human. They can also produce a very foul smell to dissuade potential predators.

Jerusalem crickets lack the wings that other Orthopterans use to make their signature calls, but some are able to produce a hissing sound by rubbing their legs against their bodies. This is thought to be a means of deterring predators rather than communicating with one another, as they do not have any sensory systems that would allow them to hear these sounds. When they want to send a message to potential mates, they drum their abdomen against the ground, creating a vibration that can be detected by organs in their legs. Between their large size and strangely human-like face, it’s easy to see why these unique insects have captured the imagination of people for many hundreds of years. In fact, they are even important members of the Hopi pantheon of gods – a status shared by few other insects. Whatever you choose to call it, this is one bug you aren’t likely to forget.