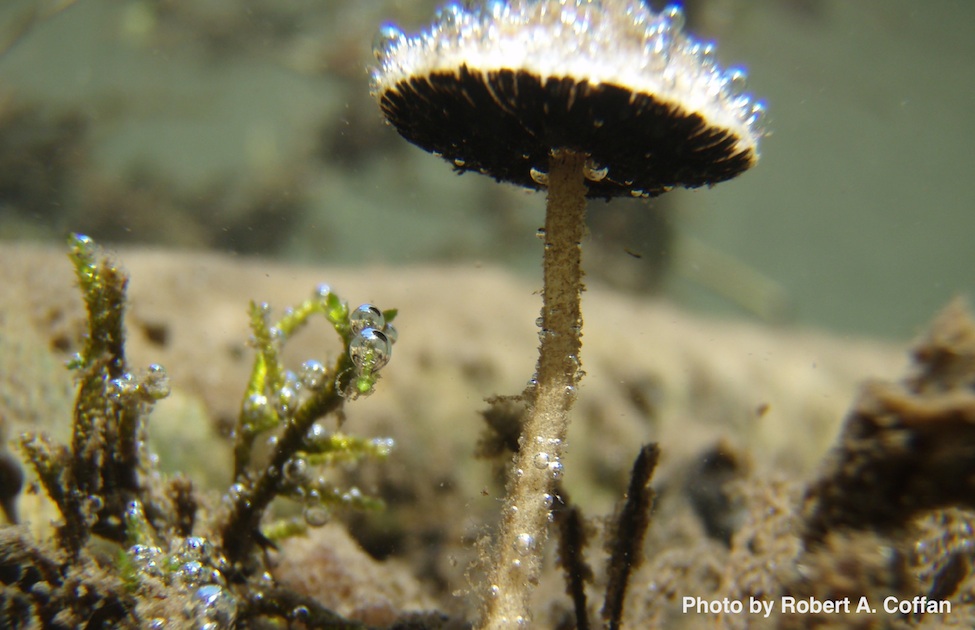 Fish are not the only gilled residents inhabiting the crystal clear waters of Oregon’s Rogue River. A recently discovered species of mushroom, Psathyrella aquatica, has been described as the only aquatic gilled fungus. The discovery is traced back to 2005, when researchers from Southern Oregon University, stumbled upon the mushrooms in the Rogue River by chance. Biologists were initially skeptical when pictures of this mysterious aquatic mushroom surfaced, and a hunt to describe the species immediately ensued. In 2010 the SOU research team published a paper (Frank et al. 2010) that indeed recognizes P. aquatica as a new species.

Mushrooms are “fruits” produced by a vast network of underground threadlike cells called mycelia. The 10-cm tall fruiting body of P. aquatica has a fibrous stem, brown cap, and gills, just like its terrestrial cousins. Thousands of spores reside on the gills of a mushroom, tucked up under the mushroom cap. Once they mature, these spores are typically released and carried by the wind to locations where a new generation of mushrooms can grow. However, because the mycelium of P. aquatica inhabits river substrates, the fruiting body of the mushroom is fully submerged under the water. This leads scientists to speculate about how the spores of this underwater mushroom are dispersed – in particular, how can any spores ever get carried upstream from the mushroom? The biology of this fascinating fungus poses many unanswered questions. 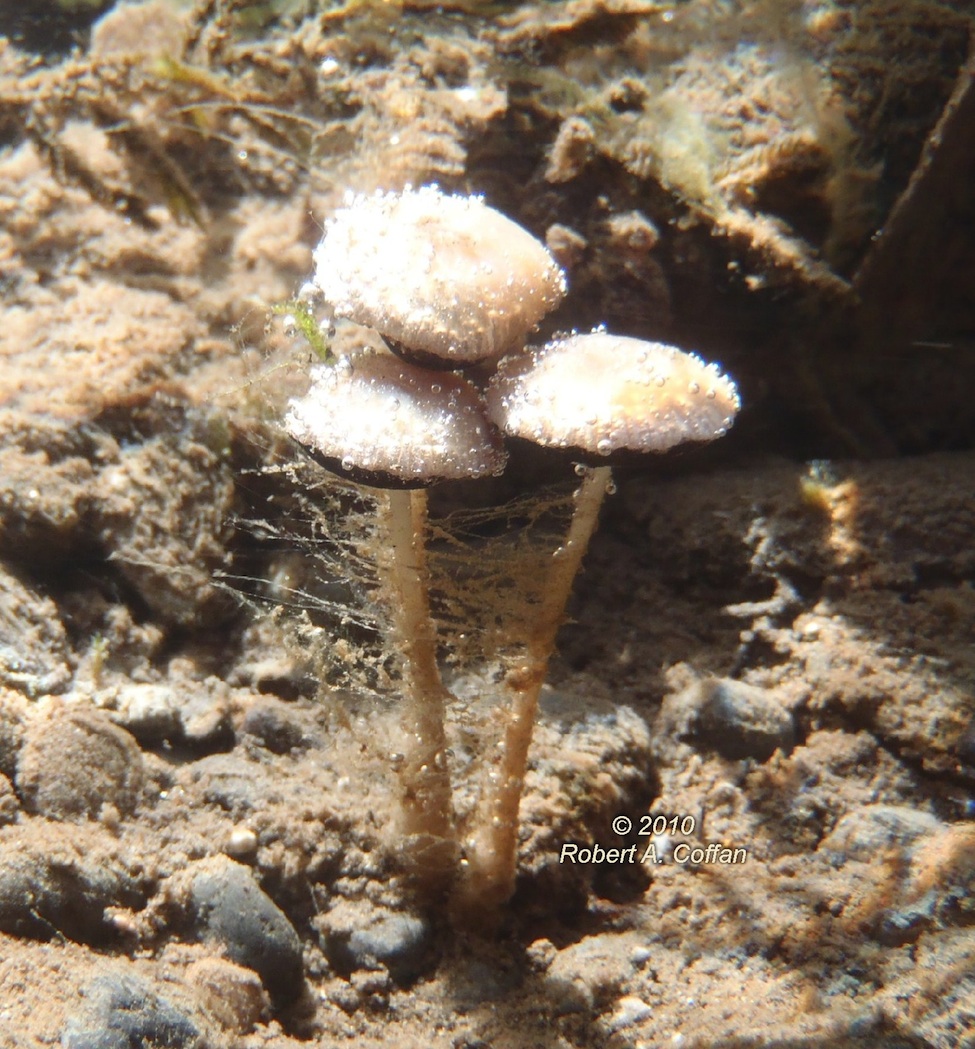 While other members of the Psathyrella genus are non-toxic, P. aquatica is encountered too infrequently to fairly be considered table fare. However, biologists suspect the mushroom species is a food source for aquatic insects, which in turn are prey for fish. Findings like this are exciting because suddenly fungus enthusiasts have a whole new type of habitat to explore when searching for mushrooms. Who knows what other unusual aquatic inhabitants may be hiding in plain sight in your local watershed, just waiting to be discovered!