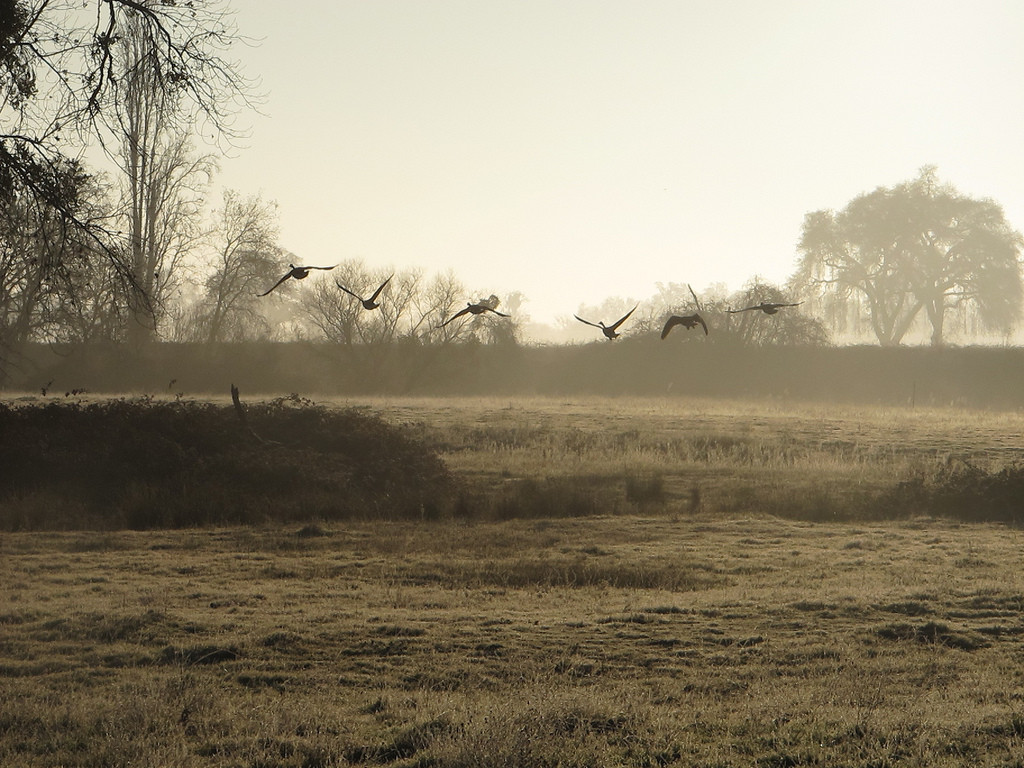 One of the joys of working outdoors in the Central Valley of California is witnessing the biannual migration of waterfowl. Our location is both a rest stop and a destination along a major migration corridor called the Pacific Flyway. Whether in the fall when many birds are heading south, or in the spring when they are headed back north, more than a billion migratory birds make their way along the Pacific Flyway each year. Some species like the Arctic Tern migrate thousands of miles from the Arctic Tundra to the southern tip of South America, taking brief stops along the way. However, other species like Sandhill cranes and snow geese will overwinter in the Central Valley. Over the last several weeks we have been witness to large flocks of birds flying overhead, including Canadian geese (shown above), and snow geese (shown below). Each year thousands of snow geese spend the winter in the Central Valley, inhabiting its few remaining wetlands.

With less than 10% of historic wetlands remaining, an extreme drought like the one we are facing this year can be devastating to waterfowl and shorebirds that depend on this wintering habitat. Fortunately, the Nature Conservancy (TNC) is working with rice farmers to provide additional habitat during these critical winter months. TNC is paying farmers to keep their rice fields wetted when migratory birds need it most. They are calling these temporary dwellings “Pop-up Habitat.” Biologists use real-time data that amateur bird watchers post to an online program called ebird to predict where and when these migratory birds need habitat, and coordinate with farmers. Rice farmers typically flood their fields to decompose the rice straw left over from the previous year’s harvest, rather than burning it, which is now restricted due to air quality concerns. Farmers will extend this flooding period to provide habitat through March and delay their planting cycle. This partnership between farmers and conservationists is bound to prove beneficial to these visiting flocks of migrants that will soon head north. 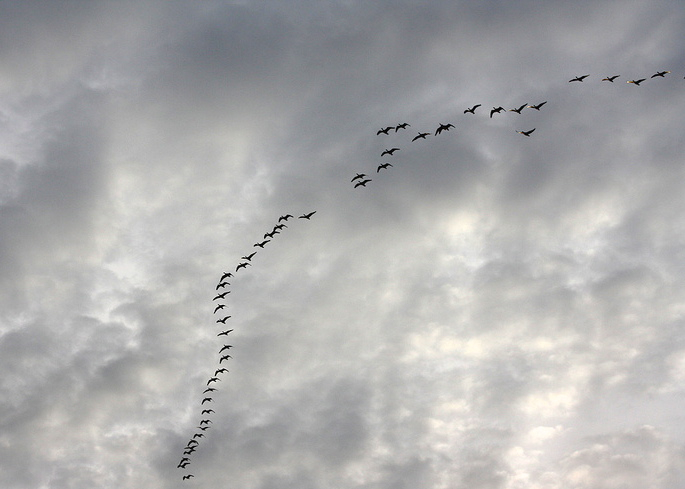 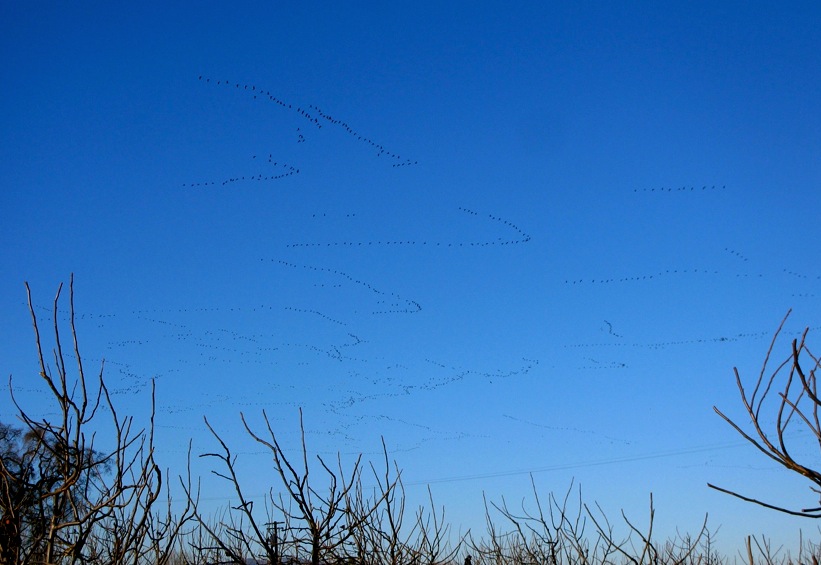