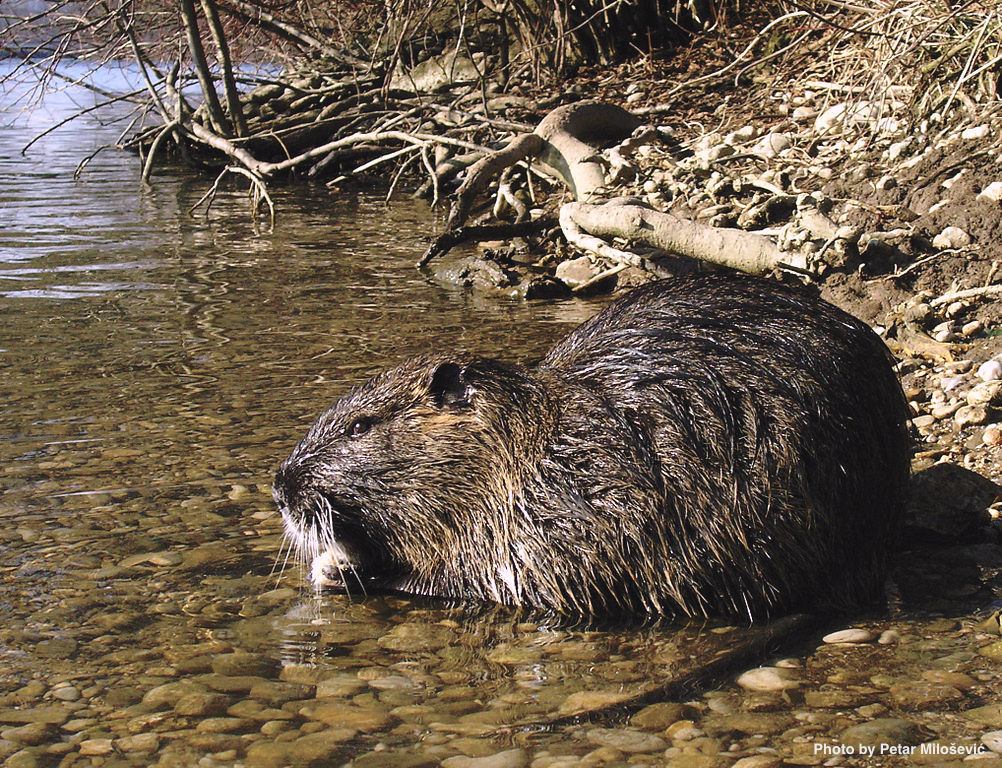 What’s smaller than a beaver, but larger than a muskrat, and looks like a mix between the two? The answer is the nutria (Myocastor coypus), a water-loving rodent that can be identified by its brown fur, white whiskers and thin, bald tail. Also known as the coypu or swamp rat, nutria are native to South America, and were introduced to California in the 1800s for fur farming. They  were believed to be hunted to extinction by the 1970s (CDFW) — until now, that is. Earlier this year, a nutria was reportedly caught near Los Banos, California, in Merced County. Scientists believe that if nutria spread in California, they could cause devastating effects on our wetlands and native species as they have elsewhere (Sheffels 2013). If you happen to see one in California, try to get a photo and then report your sighting to the Department of Fish and Wildlife, which keeps track of invasive species.

Nutria have already established themselves in much of the world after being introduced, especially in the southern and eastern United States, and Oregon and Washington. Their populations have exploded in areas with ample wetlands, where they pose a threat to the environment and native species. Their feeding and burrowing habits cause erosion and damage wetland ecosystems. In Louisiana, nutria are responsible for the extensive destruction of almost 100,000 acres of wetlands (LDWF 2017). They can also spread diseases to animals and humans, such as tapeworm and liver flukes, and can contribute to the extinction of native species by destroying habitat and stealing resources (ISSG 2008). Some areas have started offering bounties on the rodents and Russia is even serving them in restaurants–no solution is too unusual in an attempt to combat a pesky nutria population boom.