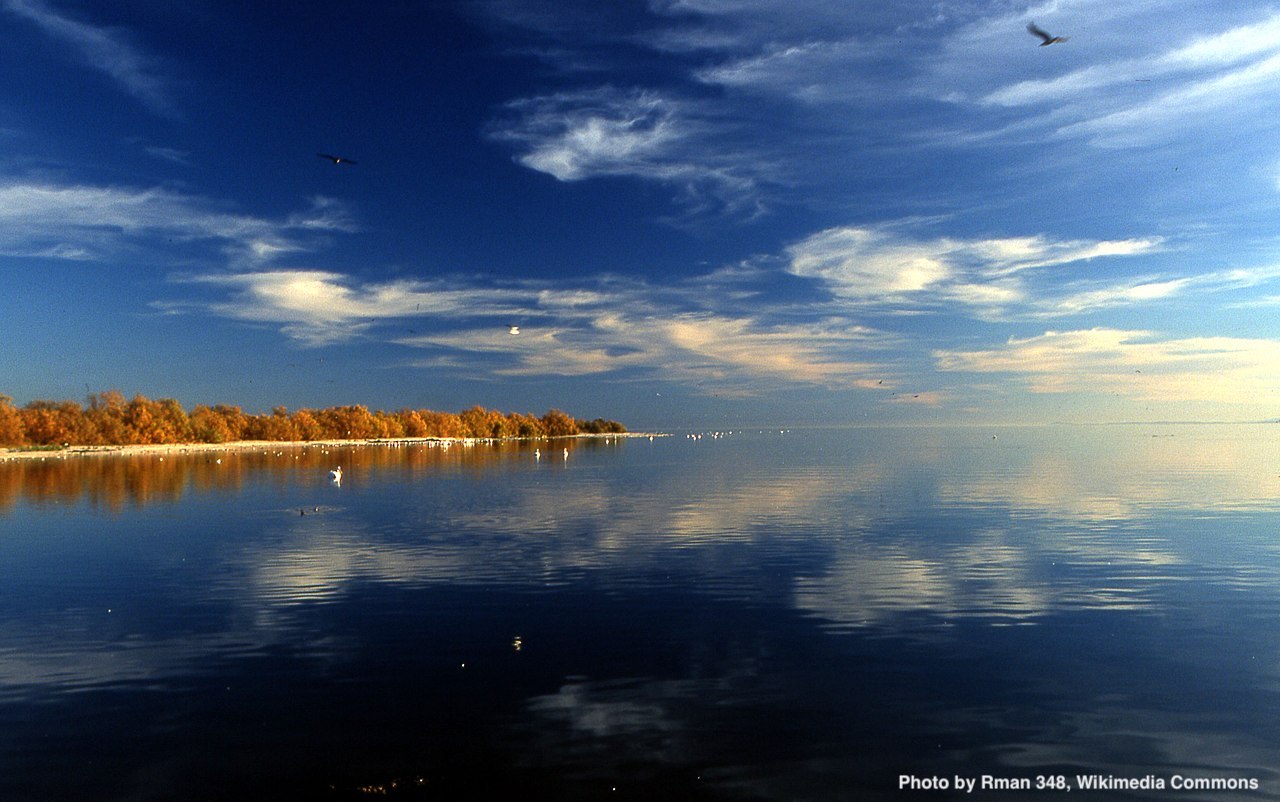 Once a vibrant and bustling lakefront resort destination, the Salton Sea is now a site of death and decay that frequently serves as the backdrop for post-apocalyptic movies. The waters of this lake are so salty that only a few hardy fish species can tolerate living there, the once-luxurious houses surrounding it now sit abandoned, and recreationists seldom stop by anymore. What could have gone so wrong to trigger such a calamity? Although it ended up an environmental tragedy, the Salton Sea was an accidental oasis that sprung up out of the desert almost overnight. The lake as it currently exists was born out of an engineering accident that changed the course of the mighty Colorado River.

The Salton Sea sits amid the desert of the eastern half of Southern California’s Imperial Valley in a natural depression called the Salton Sink. The sink has periodically been filled with water overflowing from the Colorado River, which deposits fertile sediments into the valley. Because there are no outputs to the basin, these temporary lakes usually evaporate as flows recede, leaving behind mineral salts that build up in the lakebed (hence the name Salton). In the early 1900s, engineers who were attempting to reclaim the arid Southwest for farmland built a canal to deliver irrigation water from the Colorado River into the Salton Sink. However, when high flows hit in 1905, the Colorado breached its banks and the walls of the canal. The full yield of water from the river fashioned a new passage across the desert. Rather than reaching the Gulf of California, the river flowed on and off for two years and over sixty miles into what is now the Salton Sea.

The hole was eventually patched in the breached levee that created the Salton Sea and new irrigation canals were built to deliver Colorado River water to the parched yet fertile Imperial Valley. Nobody expected the lake to last very long before it evaporated. However, with acres of new farmland popping up across the valley thanks to the new source of irrigation water, farmers needed somewhere to discharge their agricultural wastewater, and the Salton Sea was the only natural catchment for miles around. As more and more wastewater was added to the lake, it never receded but continued to evaporate. The natural salts already in the lake had nowhere to go, and more than the normal amount of briny residue accumulated from the constant input of highly-fertilized farm runoff. 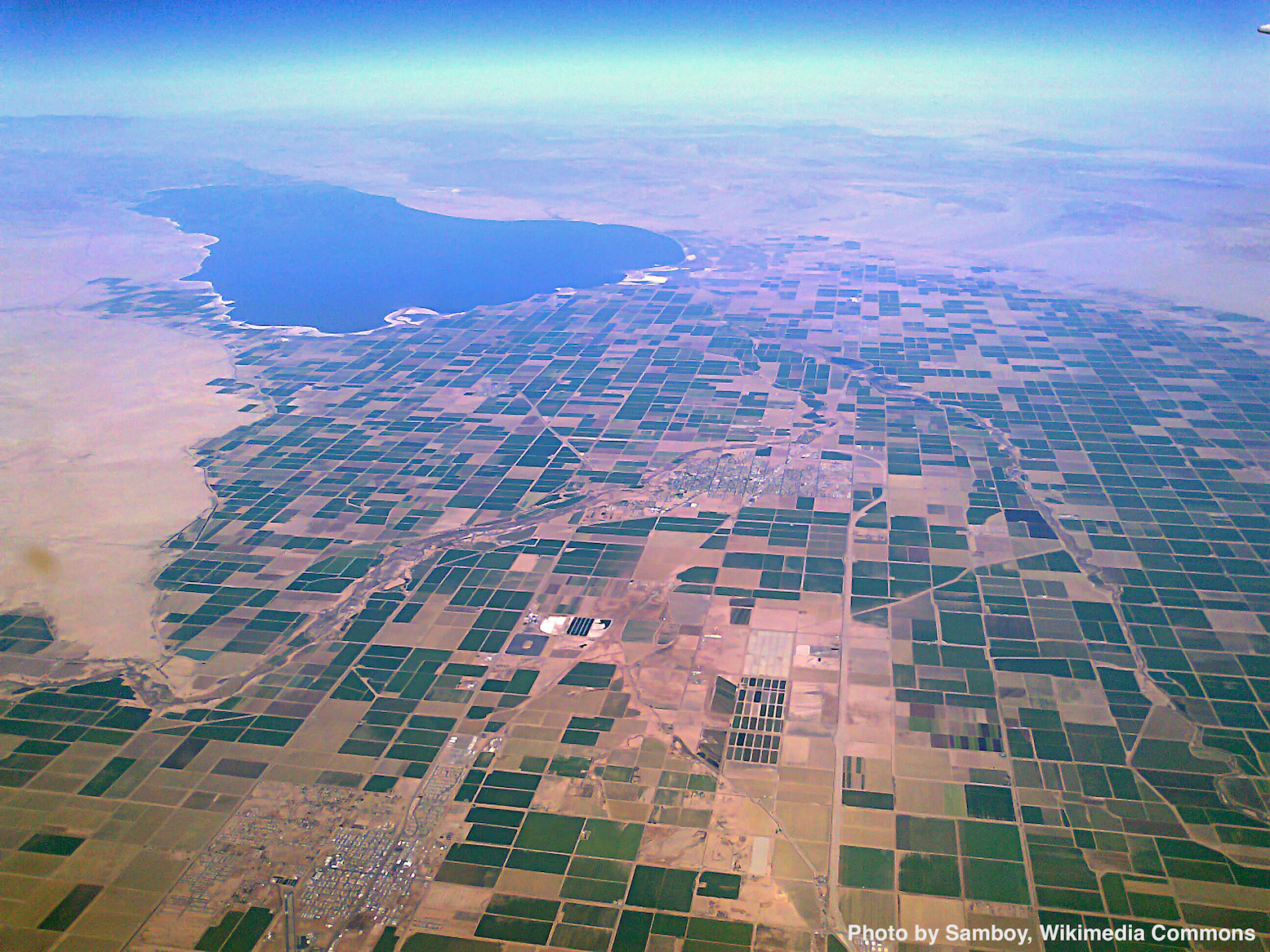 Fishers, property developers, and wildlife alike immediately decided to make the most of this accidental oasis, now the largest lake in California. Flocks of migratory waterfowl began to utilize the sea as rest stop and breeding ground as early as 1906 (Wharton 1906). The area was once recognized as having the highest bird diversity in the Western United States and provided vital habitat along the Pacific Flyway. Fish were initially brought into the lake with the water that originated from the Colorado River and included native species, such as carp, rainbow trout, striped mullet, humpback sucker, and desert pupfish. As early as the 1930s, native fish had begun to die off because they couldn’t tolerate the high salinity, but this didn’t deter tourists. Salt-tolerant sport fish such as corvina were introduced, luxury homes were built, a yacht club was established, and a resort destination was born.

The heyday of the Salton Sea didn’t last for long, however, and compounding complications from pollution, salinity, and nonnative species began to cause problems such as algae blooms, fish die-offs, and mass bird deaths. When carcasses began floating on the surface and bones piled up on the beaches, the stench caused residents and visitors to flee the Salton Sea quicker than a roadrunner sprinting across the desert. Recent changes to the way water is managed in the West and the amount of surplus water available mean that the Salton Sea’s problems will only get worse in the coming years. In a future post, we will discuss the current state of the lake, recent changes to its water supply, and possible solutions to its continuing ecological decline.