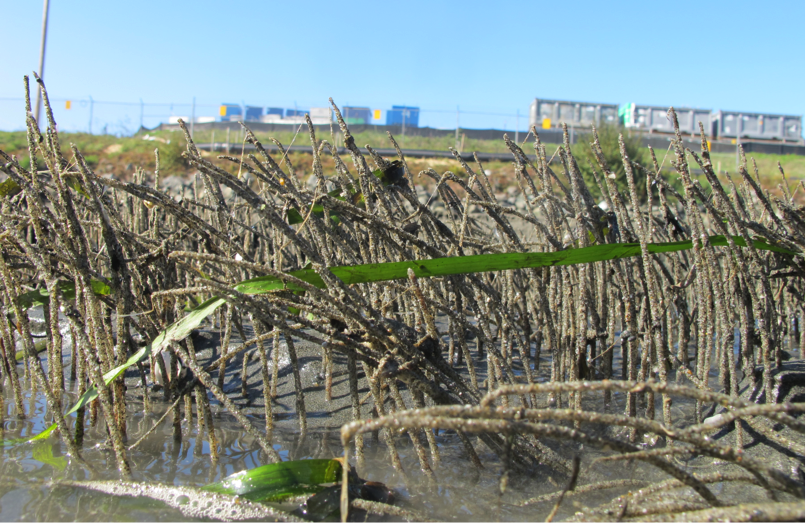 Intertidal areas, or places where the ocean meets the land, are among the most productive ecosystems on the planet. As any beachcomber can relate, the diverse array of plants and animals exposed by receding waters during an ebb tide is often a fascinating sight. However, a large number of intertidal inhabitants typically bury themselves in the sand and remain hidden from the eyes of beach-going naturalists.

Among the most species-rich groups of substrate dwellers are bristle worms (or polychaetes), with more than 10,000 species found throughout nearly every environment in the world. While some species are free-living and roam the muddy matrix of sediment in search of food, others exhibit a sessile lifestyle by burying themselves in the substrate and building a cozy tube of sand. To collect food, these sessile worms extend their sticky tentacles into the water column, or probe the substrate surrounding their burrow. Sometimes, a small portion of their tube pokes out from the substrate, resembling a small stick – but often only a tiny hole in the sand betrays a tubeworm’s place of residence. Examining these constructions is very difficult, as their fragile nature typically makes it nearly impossible to uncover the tubes intact by digging.

During a recent project on Humboldt Bay, shifting sands exposed a whole community of these tube-building polychaete worms, affording us a rare glimpse of what resembled a tubeworm forest. The productivity of intertidal mudflats never ceases to amaze: we marveled at the sheer abundance of these usually hidden straw-like structures, and were delighted to get a close look at such fragile constructions. Although none of the worm residents ventured out to pay us a visit, seeing their homes was a reminder of how entire animal worlds can exist unnoticed alongside areas of human development. 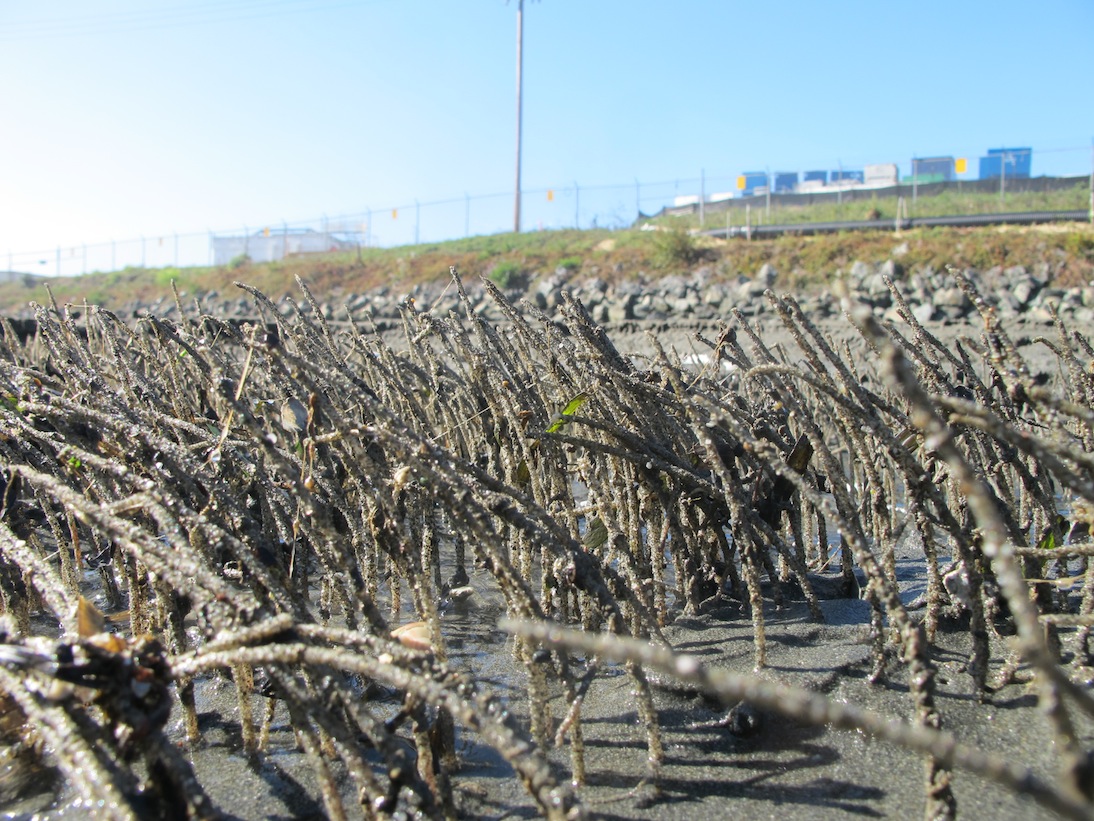