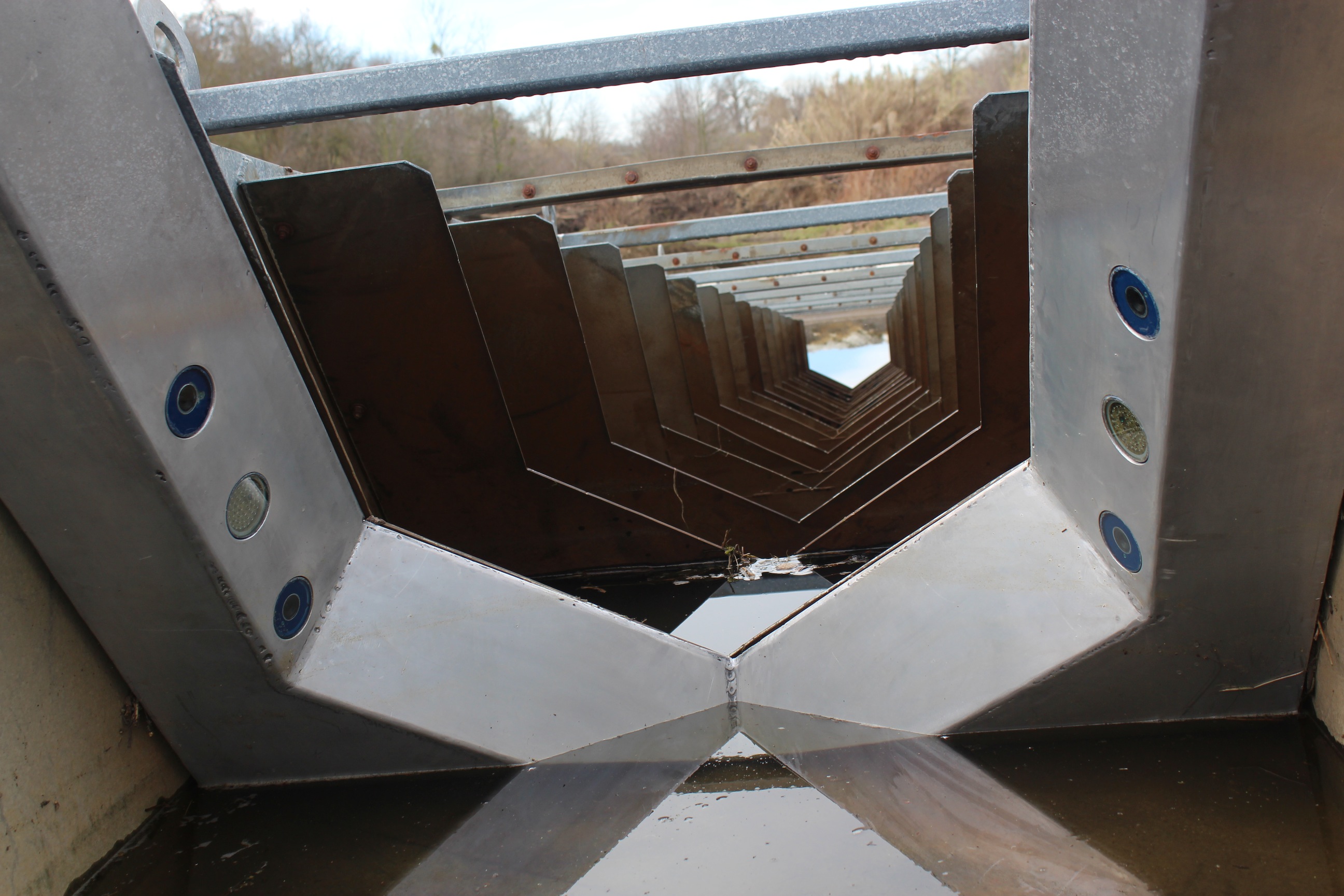 Fish ladders can be perfect places for installing fish counting stations because they are often narrow enough that only a few fish can pass through a given point at once, making it easier to count fish automatically. However, FISHBIO discovered that ladder-ready automated fish counters are not easily available, so we decided to build one ourselves. Our fabrication team started with our Smolt Spy camera concept, then added multiple cameras and infrared lighting in a U-shaped housing to integrate seamlessly into a diversion weir fish ladder on the Calaveras River. The system slides right into the ladder almost like another “rung,” and provides optimal underwater viewing without the threat of being destroyed by debris or high flows. 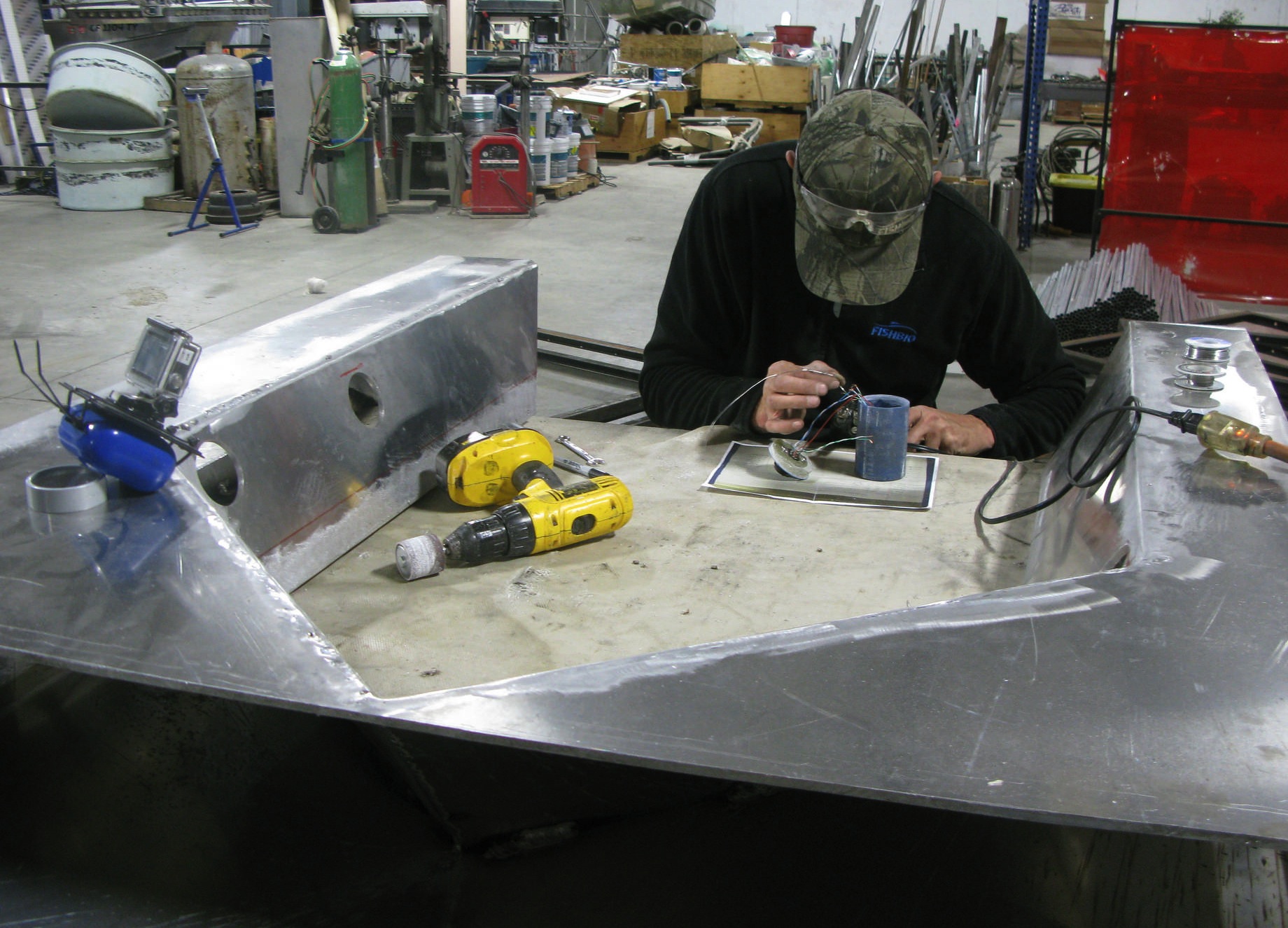 The key to this new system is the small size of the cameras and their custom protective housings, which allow them to be installed in the baffles of a fish ladder. Each side of the ladder is equipped with two high-definition video cameras and an infrared light embedded into a baffle, which enables video recording even in complete darkness. Multiple cameras allow monitoring to occur under both high- and low-flow conditions, and provide redundancy in case of failure. Since fish often migrate during times of high turbidity, which decreases visibility, we installed cameras on both sides of the ladder to reduce the distance each camera needs to see through. The high-definition, wide-angle, internet protocol (IP) cameras are each encased in a custom fiberglass housing, ensuring they are completely waterproof. The IP cameras are higher resolution than typical closed-circuit security cameras, which helps provide quality images in turbid and low-light conditions. 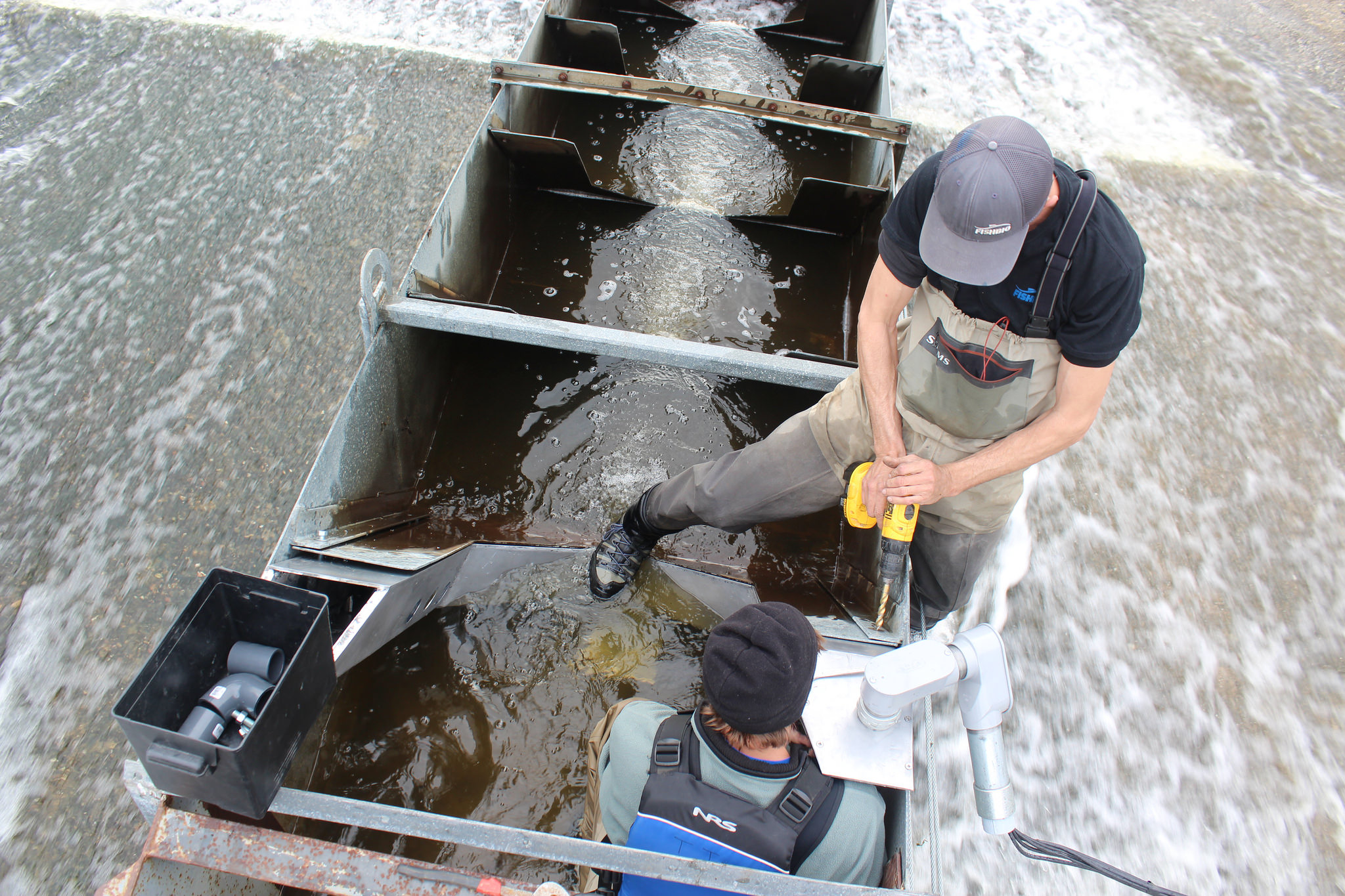 When darkness falls, a photovoltaic sensor triggers the cameras to switch to black-and-white recording, which utilizes infrared light. The infrared lights use very little power, but provide just enough light for the camera to capture quality images in the dark. These lights are not visible to the eyes of humans or fish, so there is no concern of drawing the attention of vandals or of affecting the migration of fish through the ladder. The low power consumption of the entire system allows it to be operated on solar power, which is important because many ladders are built in remote locations. 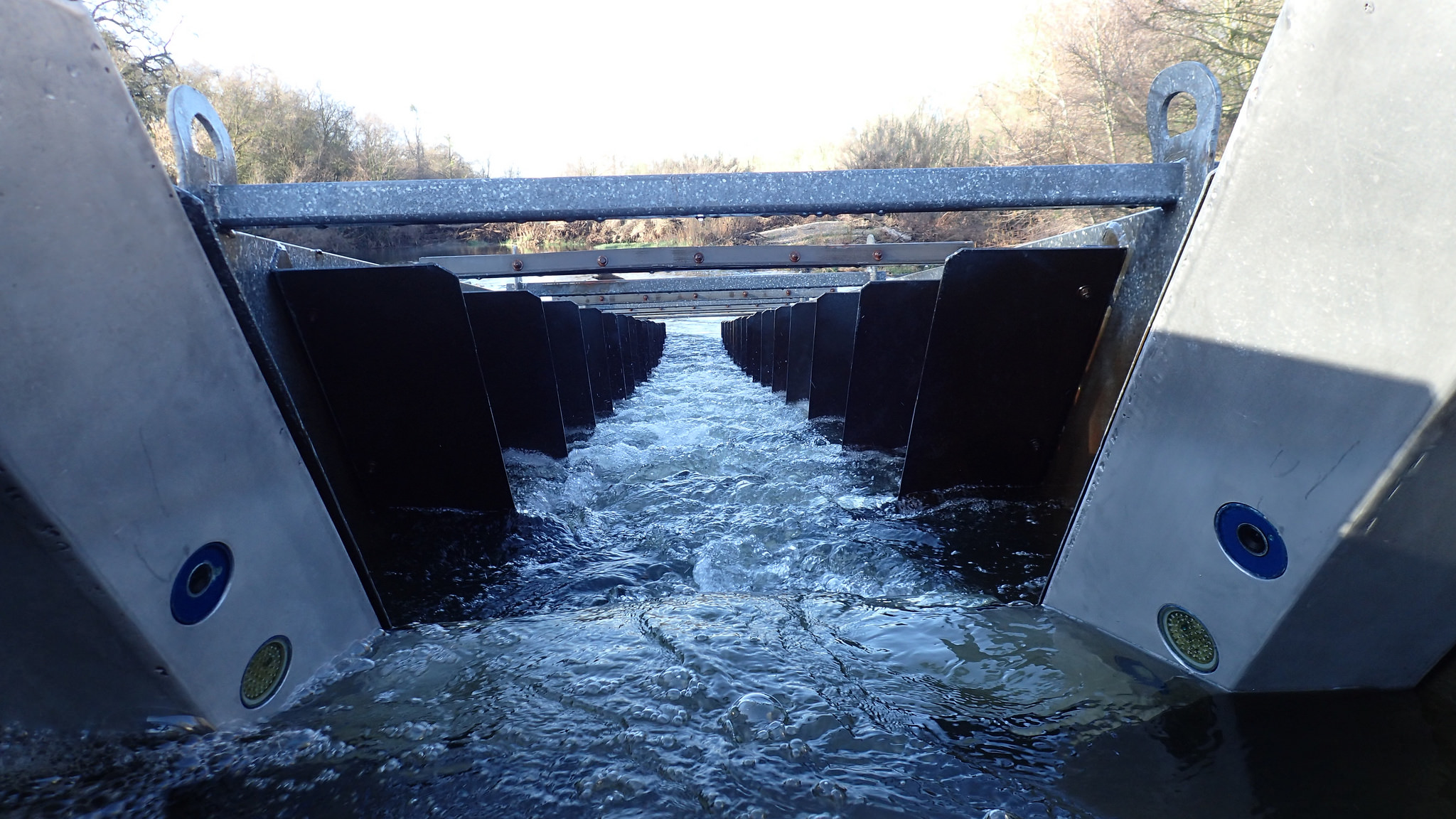 We incorporated motion-detection software into this camera system to significantly reduce the amount of time required to review recorded video footage to identify fish passages. The software includes the ability to tailor the motion detection sensitivity to adjust to changing conditions as needed. In addition to providing short clips of fish passages, the system can also simultaneously produce a continuous, 24-7 video recording, which serves as a backup. This system completely custom-built system has been successfully operated to collect video of migrating trout and salmon.