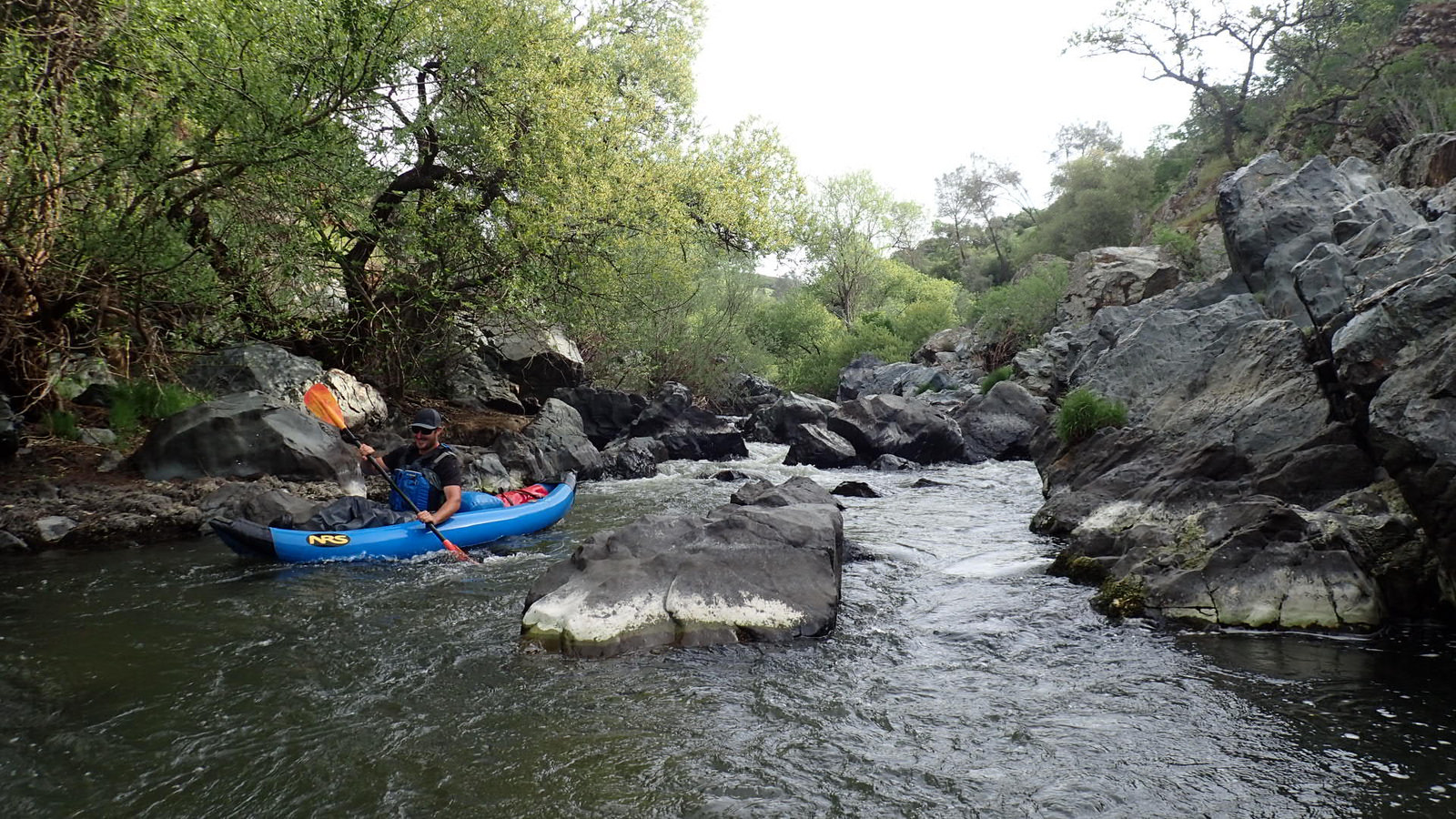 The Calaveras River is an unusual tributary to the San Joaquin River in California’s Central Valley, being fed mostly by rain rather than melting snow. This creates a flashy system similar to a coastal stream. Historically, the Calaveras would flood in the winter and dry up in the summer, with some sections going completely dry and creating disconnected pools. The construction of reservoirs has changed the patterns of the river by maintaining a more consistent flow of water year-round, which has allowed fish like rainbow trout/steelhead (Oncorhynchus mykiss) to persist where historically they would have occurred only sporadically.