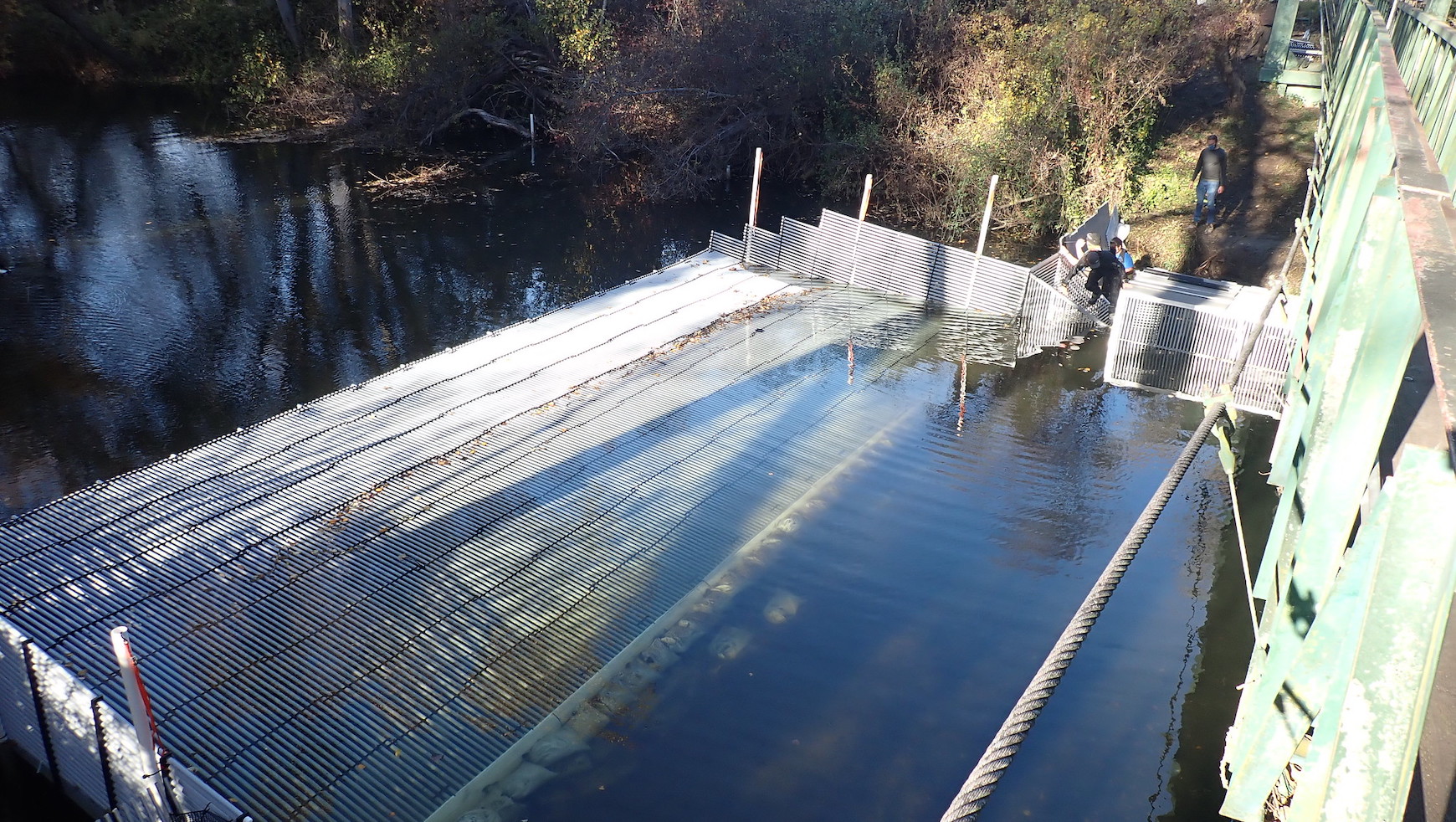 In 2020/2021, FISHBIO fabricated and installed a specially designed resistance board weir on the Carmel River for the Monterey Peninsula Water Management District (MPWMD), which intends to trap adult steelhead returning to the river to spawn and implant them with passive integrated transponder (PIT) tags. Antennas operated throughout the system will be able to detect these tags and provide data on when and where fish are moving. The weir will also help trap striped bass, a non-native predator known to consume steelhead smolts as they migrate out to sea. The weir has one-inch picket spacing – a width that blocks adult steelhead movement and channels them into the trap, while still allowing juvenile steelhead to pass through downstream – and spans the entire 75-foot width of the channel. FISHBIO built and installed the weir in December 2020 and provided training and technical support to MPWMD personnel on how to operate the structure.