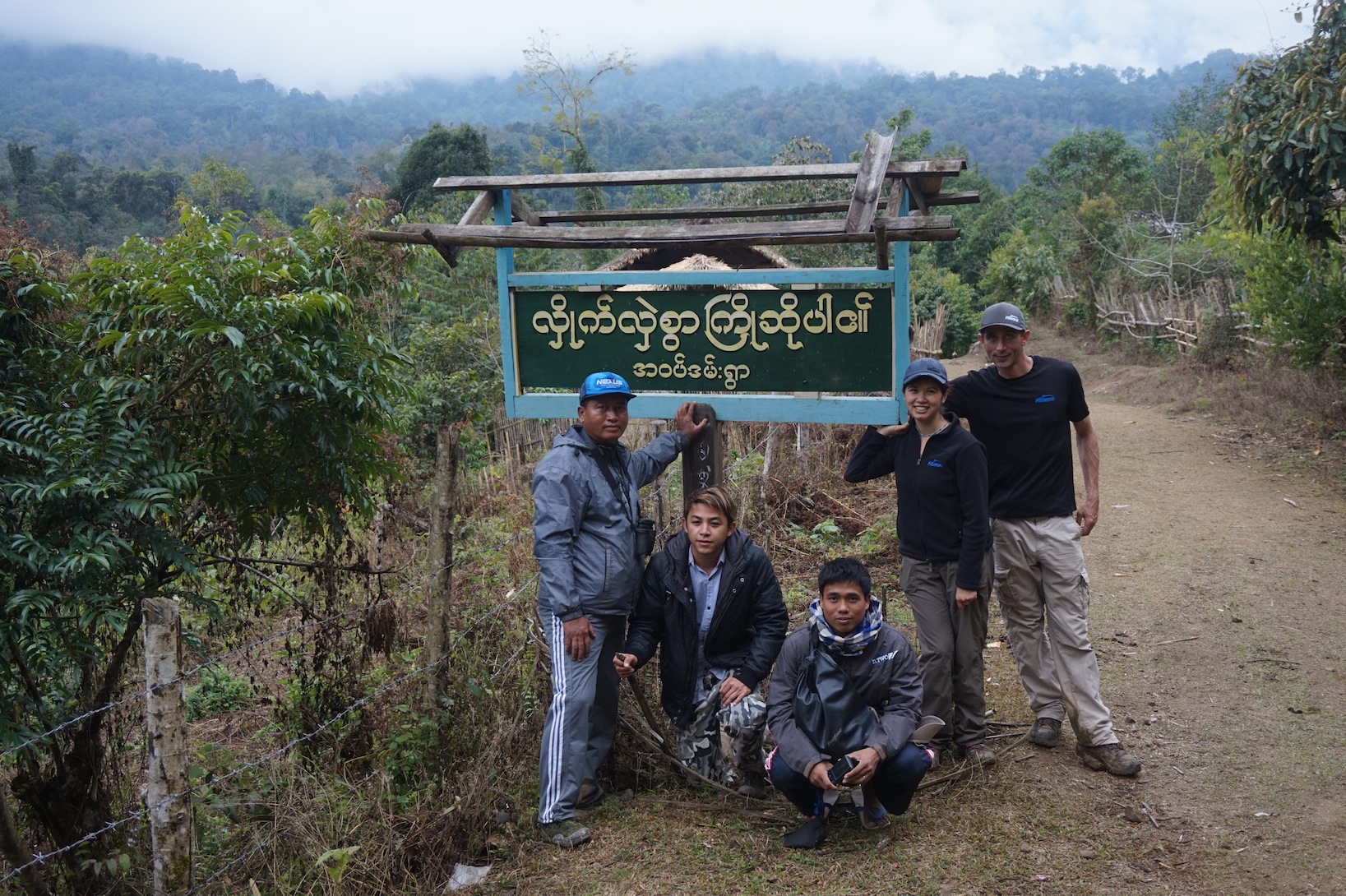 Little is known about the unique freshwater fishes living in the headwaters of Myanmar’s remotest mountains. Following a collaboration with Fauna and Flora International (FFI) to advise the establishment of community co-managed fish conservation zones in Myanmar’s Indawgyi Lake, FISHBIO again returned to northern Myanmar in 2016 for a second phase of the project in Phonganrazi National Park.  FFI expanded their efforts to establish fish conservation zones in the upper watershed of the Mali Hka (Mali River), which joins the NMai Hka to form the Ayeyarwaddy River, the major river of Myanmar. When FFI previously conducted electrofishing surveys in the small mountain streams that feed the Mali Hka, they documented a number of species that were new records for the area, or that were new to science. FISHBO staff assisted with a second round of electrofishing surveys to collect fish specimens, and also helped lead meetings with three villages to describe the process of establishing fish conservation zone regulations in the community. FISHBIO staff then attended a government meeting with Myanmar fisheries officials to provide examples of laws permitting community fisheries management in Lao PDR.

Trash on the trail