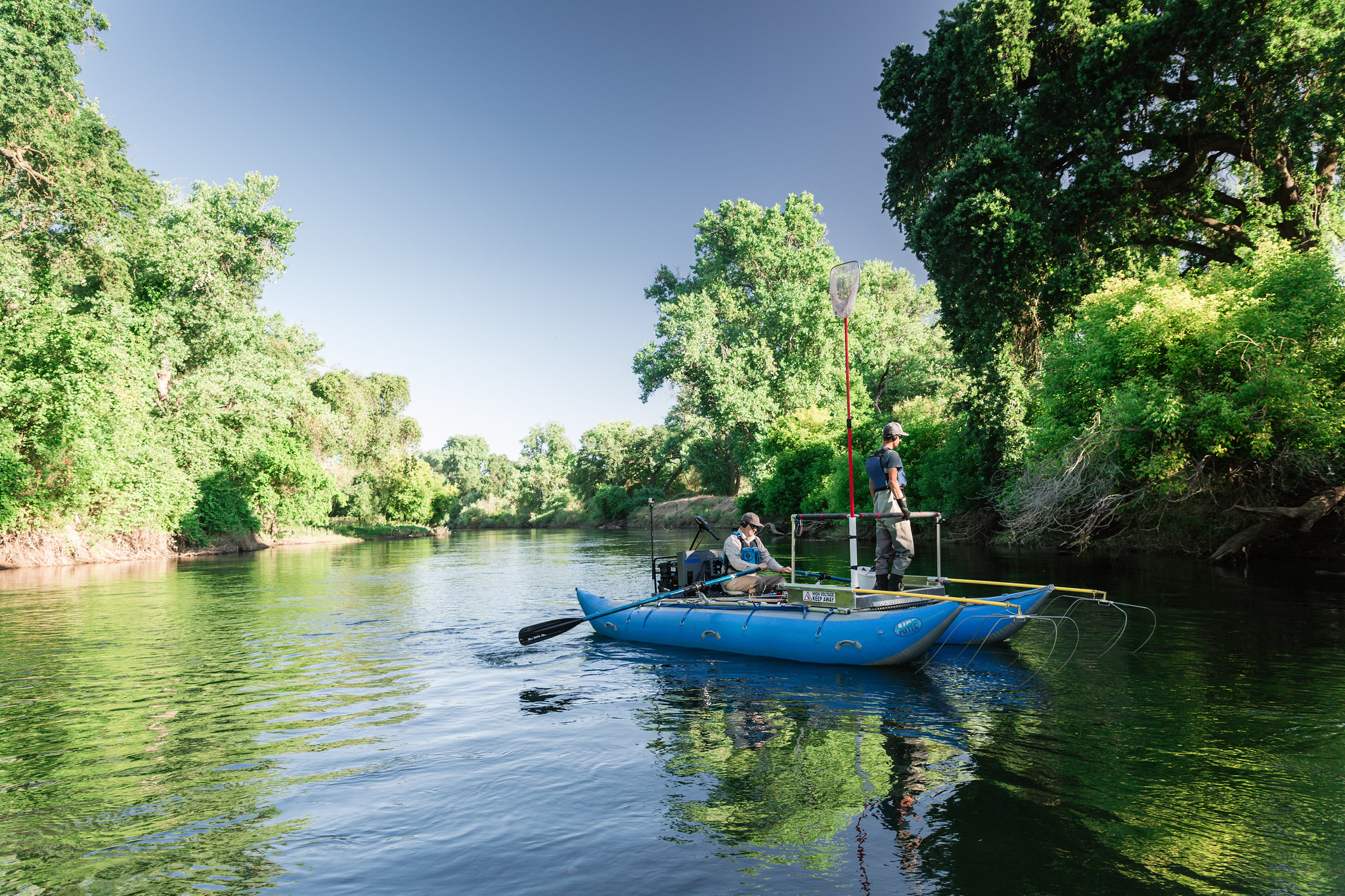 The Native Fish Plan is a large collaborative project to improve the conditions of the Stanislaus River to support thriving populations of native fishes, such as salmon and trout. The project is studying the impact of non-native predatory fishes on native salmon, as well as potential solutions for improving salmon survival, such as removing predators from specific stretches of the salmon migration route. Results of the project can be used to design management actions that will benefit native fishes on the Stanislaus River.

Since 2017, FISHBIO has collaborated with the California Department of Wildlife and NOAA Fisheries to design, permit, and implement the study, including conducting electrofishing surveys to collect baseline information on the abundance, distribution, and composition of native and non-native fish predator populations in the lower Stanislaus River. Stomach and scale samples are being collected from key predatory fish species to evaluate their diet composition and age composition to help assess the relative risk of each predatory species to juvenile Chinook salmon. Prior to release, fish are tagged with a Passive Integrated Transponder (PIT) tag to identify the same fish if it is recaptured and assess its movement and survival. 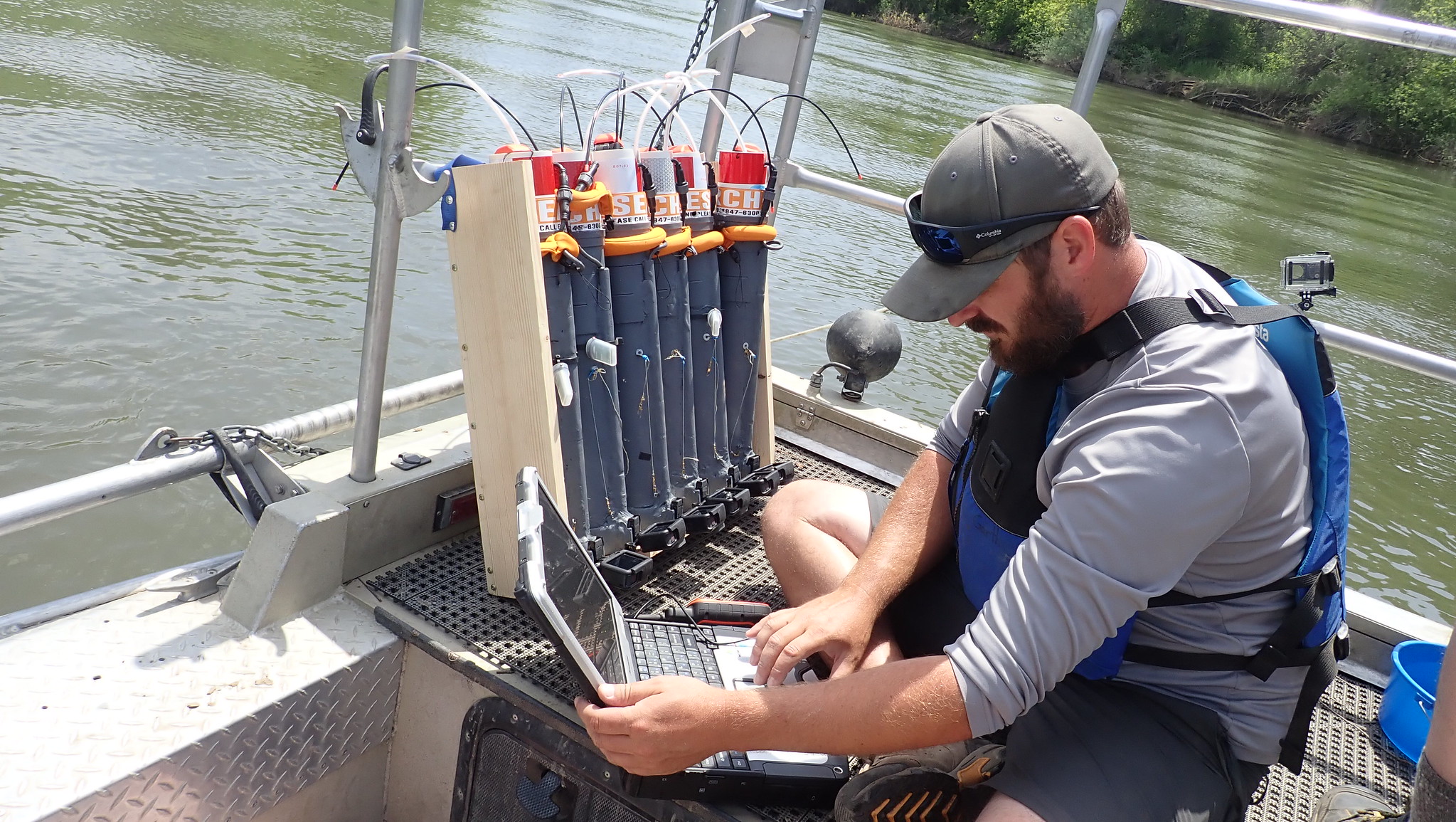 Another aspect of the study is to scientifically evaluate the effect of removing non-native fish to reduce predation pressure on juvenile salmon. Non-native fish are removed using electrofishing, and predation is measured using devices called Predation Event Recorders, or PERs. Each PERs unit is outfitted with a GPS-enabled locator, temperature and light sensor, event logger, and GoPro camera, and is tethered to a hatchery-origin Chinook salmon smolt. The PERs are released in the river to drift downstream, and if the salmon smolt is eaten, the device will record the time, location, and footage of the predatory species. These devices are used to compare the relative rates of predation between river reaches where predators have been removed versus reaches where no predators were removed. Removed fish are relocated from the study area.

The Native Fish Plan is authorized by the Water Infrastructure Improvements for the Nation Act (passed by Congress in December 2016), which requires the Oakdale and South San Joaquin Irrigation Districts to work with the National Marine Fisheries Service (NOAA Fisheries) to jointly establish a five-year pilot program in the Stanislaus River to investigate the effectiveness of removing predatory fishes to improve salmon survival. The results of the study can be found online here. 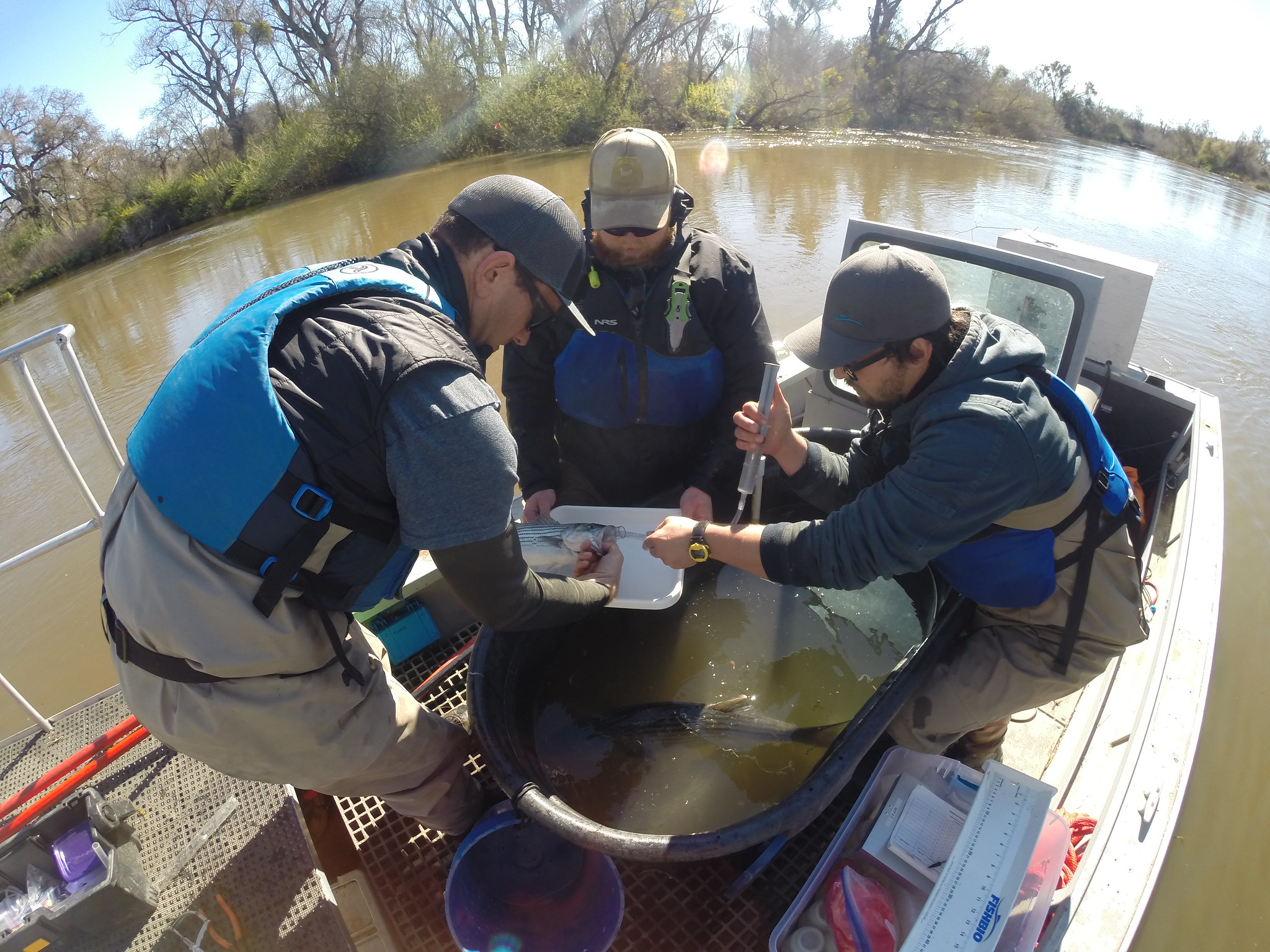