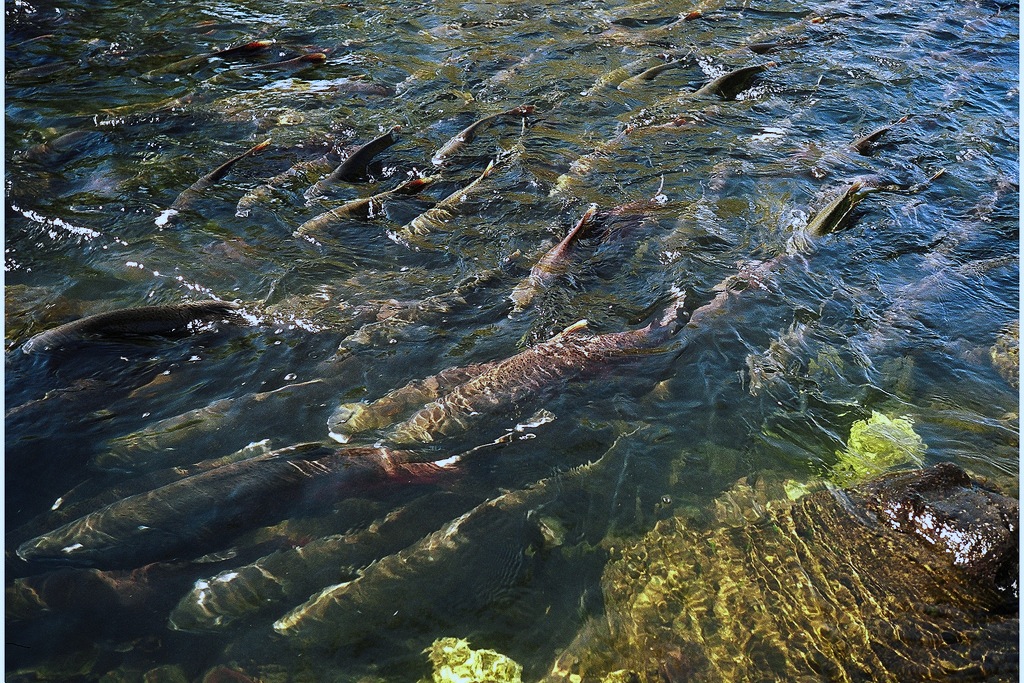 As discussed in a recent Fish Report, the hatchery system in California is currently facing a growing number of concerns about the role fish hatcheries should play in helping wild salmon and steelhead stocks. Many would argue that hatcheries are simply treating the symptoms, and not the causes, of salmon decline. While the state’s 10 anadromous fish hatcheries produce an impressive number of fish, questions have arisen regarding the harm these fish have caused to dwindling wild populations. Fortunately, widespread acceptance of these deleterious effects has resulted in several attempts to reform hatchery practices. Beginning in 2010, California formed the Hatchery Scientific Review Group (HSRG), which conducted a complete hatchery review based on criteria derived from three fundamental principles: 1) well-defined goals, 2) scientific defensibility, and 3) informed decision-making and adaptive management. While these principles may sound like oft-used buzz words, suggestions from the group’s review, released in 2012, have been generally accepted and should be implemented at hatcheries across the state.

Hatcheries have been an integral part of the Pacific salmon paradigm since the first was erected in California in 1872. Today, ten anadromous fish hatcheries in California produce upwards of 50 million juvenile fish per year. In California, nearly 90 percent of all salmon originate from hatcheries (Barnett-Johnson 2007). Managers need to make informed decisions to protect the remaining 10 percent of fish that still spawn naturally in rivers, and have been given recommendations how to do so. Much of the concern about hatchery fish derives from the fact that the genetic diversity of a naturally spawning fish population declines when they interbreed with hatchery fish, which have lower genetic diversity.

Most hatchery programs in California are “integrated,” meaning hatchery and wild populations can interbreed. While steps can be taken to minimize genetic homogenization in wild populations, interbreeding is unavoidable and genes from locally adapted fish are often lost as they breed with hatchery-origin fish. As the renewed focus on wild stock recovery has taken hold, some hatcheries are becoming “segregated,” whereby the two populations of fish are kept genetically distinct by eliminating hatchery-origin adults from naturally-spawning populations. Sometimes this “elimination” of hatchery-origin adults involves making difficult decisions to keep the wild population isolated, which has caused public backlash in some situations.

The concept of segregated vs. integrated hatcheries was given much attention by the HSRG, and prompted another of the review’s recommendations: mass marking of all hatchery fish. Mass marking, if implemented, would be a major milestone in California’s hatchery reform attempts. Being able to identify all hatchery-origin fish would facilitate several key recovery objectives, which include population assessments, broodstock management, limiting strays, and mark-selective fisheries. Currently, all of these management actions are not feasible due to the inability to distinguish hatchery from wild fish in most cases.

Another goal of the HSRG was to develop a more holistic approach towards salmonid management, in which hatcheries are not operated in isolation while focusing solely on releasing large numbers of fish, but instead are considered alongside habitat quantity and quality, as well as harvest management. The HSRG has raised alarm at the practices of maximum sustained yield and a harvest rate (commercial and recreational) of over 70 percent of the population. This elevated harvest number does not afford any protections for naturally spawning fish, as there is currently no way to differentiate between hatchery- and wild-origin fish. Furthermore, any increase in the salmon population will be met with a corresponding increase in the maximum allowed harvest, eliminating any potential gains in the California salmon population.

The HSRG also makes a compelling argument for the need to increase habitat quantity and quality. Due to the limited carrying capacity of California’s streams and rivers, any hope of increasing the salmon population will be directly tied to the ability to create quality habitat at low river flows, such as the Honolulu Bar restoration project. It seems clear that the purpose and practices of fish hatcheries must continue to evolve to conserve and recover naturally spawning salmon and steelhead populations. While steps are being taken in the right direction (see Hatcheries gone wild), steep challenges remain to achieving the recovery of wild salmon in California.