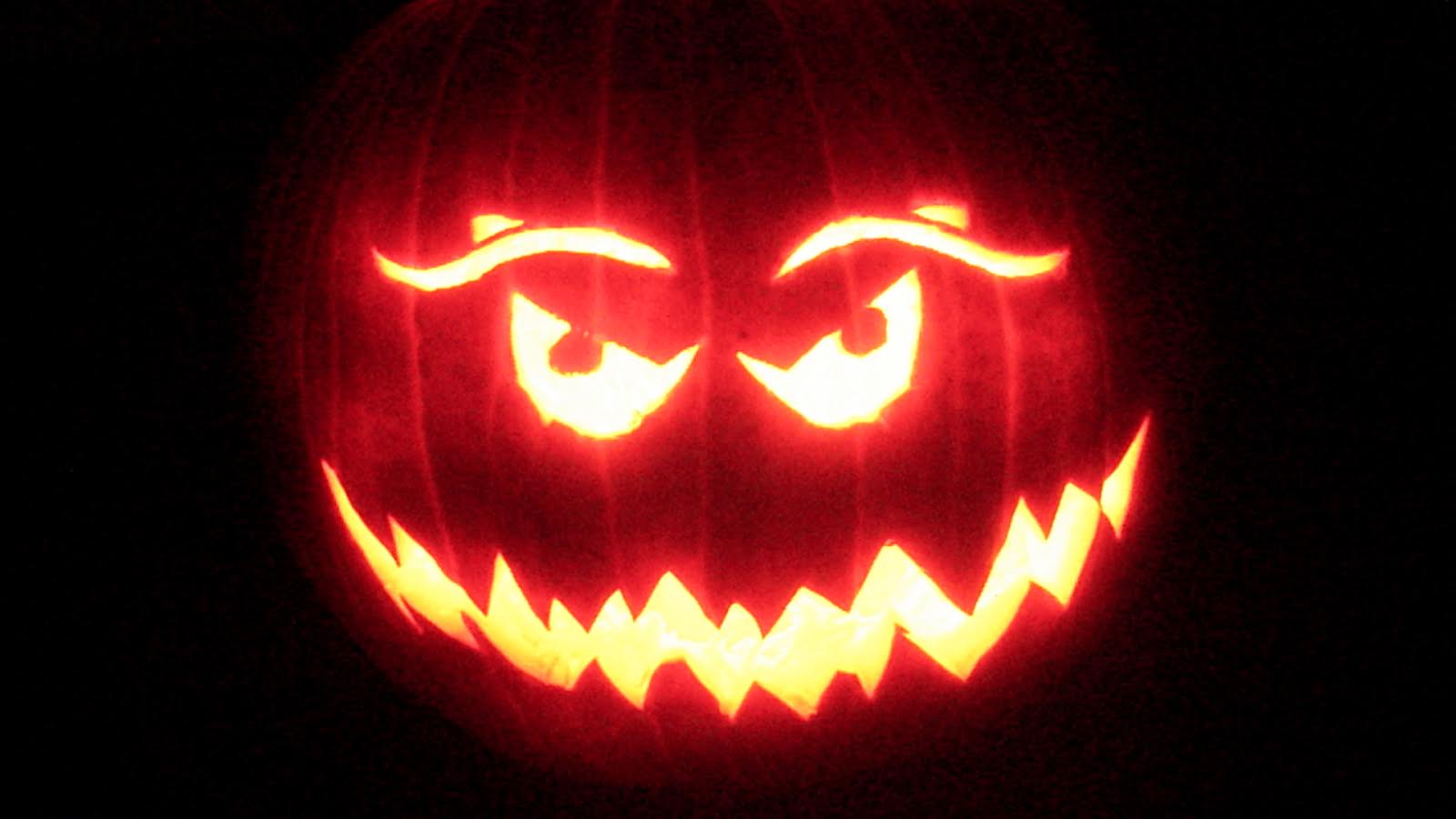 For those of you getting ready to enjoy the ghouls, goblins, and glow of jack-o-lanterns this evening, be prepared to get chilled to the bone. Here in California, the cold evening air is sending shivers down our spines, and turning our thoughts to the scaled creatures lurking in the deep, frigid waters of the Pacific Ocean. Befitting for Halloween, we wanted to share some fun facts about bioluminescent fish, the jack-o-lanterns of the sea.

Bioluminescence in fish is the ability to emit light from their body or organs. Fish are able to produce light through chemical reactions or the excitation of bioluminescent bacteria living in their bodies. Typically, the light emitted is blue or green in color because of the physical properties of light. As you may have experienced, the deeper you descend into water, the darker your surroundings become, because less visible light can penetrate to these depths. As light enters the water, longer wavelength colors, such as reds, are absorbed first. Short wavelength colors, such as greens and blues, are able to travel deeper into the water. Because red light is not visible at these depths, many fishes do not possess the receptors to see red (Douglas et al. 1998) – but they can use blue or green light to communicate. Bioluminescence is not limited to fishes or the marine environment: this glowing phenomenon has been documented in algae, squid, terrestrial worms, and mushrooms. 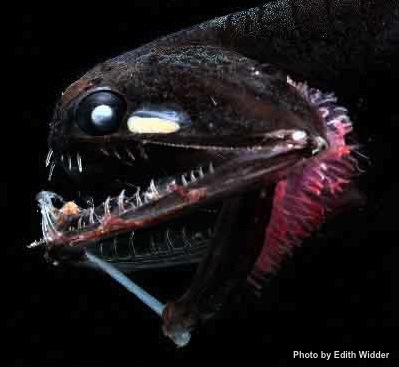 The ability to produce light in the dark and expansive depths of the ocean carries several advantages. Bioluminescence can help attract mates, communicate, distract and evade predators, serve as camouflage, and help lure or illuminate prey (Widder 1999). One example are the anglerfish (order Lophiiformes), which have a modified fin ray with a bioluminescent organ at the tip that they dangle in front of their mouths like a fishing pole to attract prey (Herring 2007). Plainfin midshipman (Porichthys notatus), are sound producing, coastal fish that use photophores, or light producing cells, on their bellies as a way to camouflage themselves from predators waiting to ambush them from below (Harper and Case 1999). This counter illumination lightens up the underside of the fish so it blends into the light coming from above, which helps to reduce a fish’s shadow. Barbeled dragonfishes (family Stomiidae) are another group of bioluminescent fishes, such as the species Photostomias guernei shown in the photo on the right, which has a bioluminescent organ next to its eye. Some dragonfishes are able to produce and sense both blue (shortwave length) and red (long wavelength) colors (Herring and Cope 2005). This ability to emit red light effectively makes them invisible to their prey (Douglas et al. 2000).

With approximately 22,000 fish species in the world, it is not surprising to discover that there are many variations on how bioluminescence is produced and utilized. So while you’re out and about tonight, perhaps you’ll think about those bioluminescent fishes of the deep when you see the glow of the candles flickering in  jack-o-lanterns. And maybe you’ll even carve a bioluminescent fish pumpkin yourself, like our biologists did back in their grad school days! 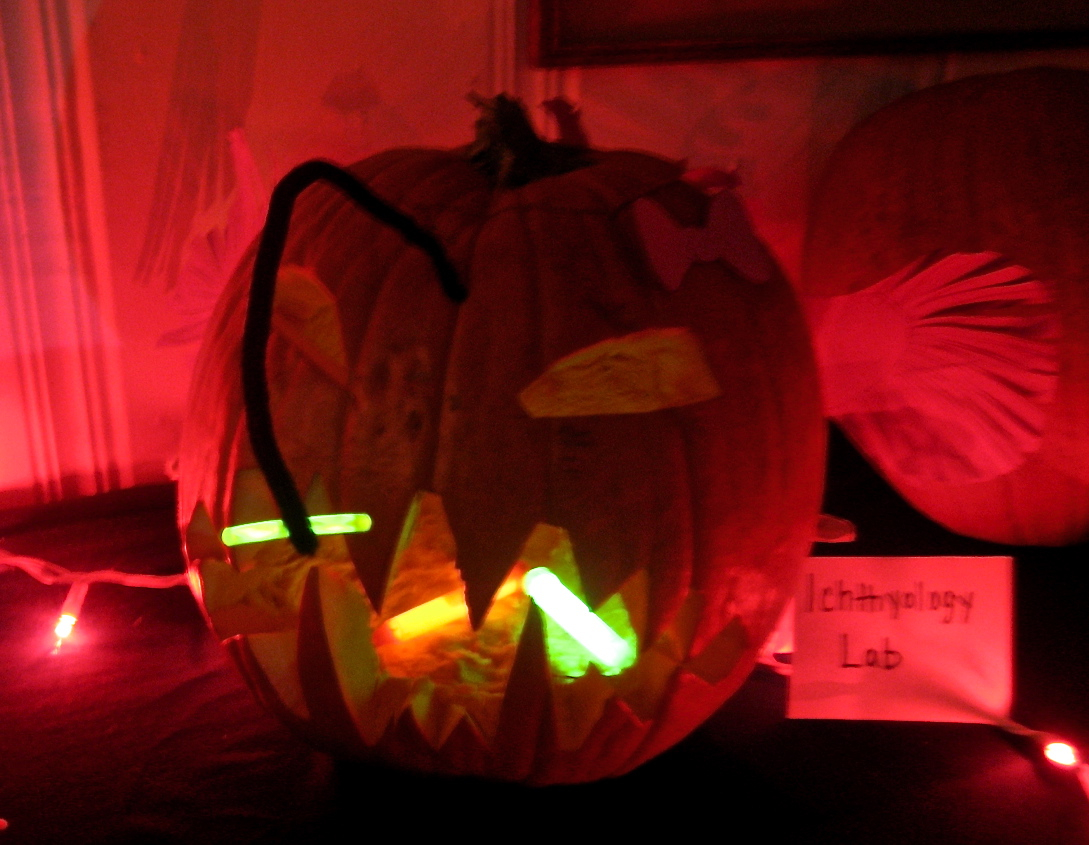