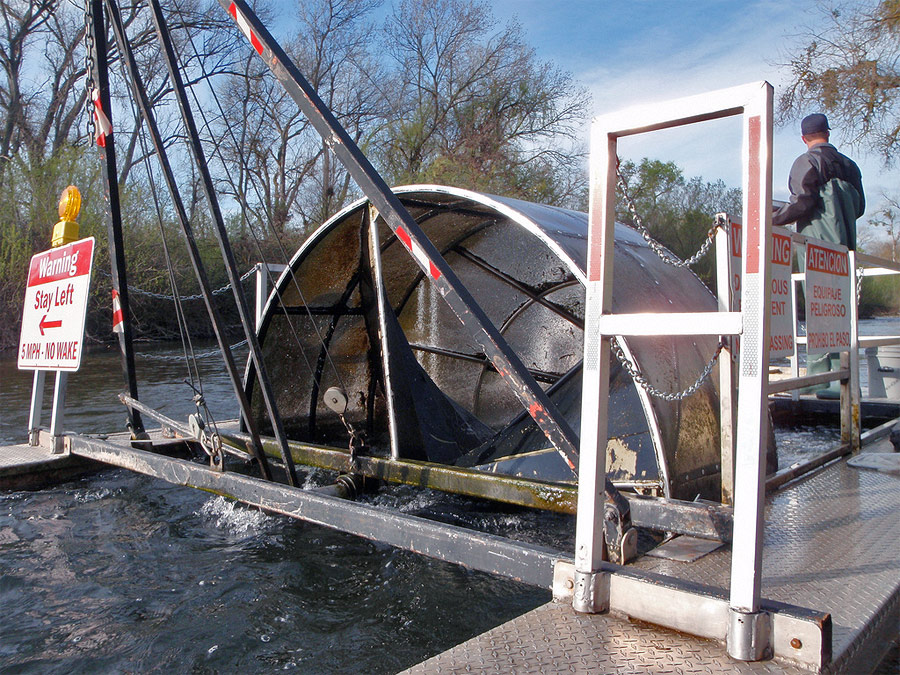 Every spring fisheries biologists initiate sampling operations to enumerate outmigrating juvenile salmon. Rotary screw traps are a common tool to capture downstream migrating juvenile anadromous salmonids in small to large streams. They were developed by two fisheries biologist working for the Oregon Department of Fish and Wildlife (ODFW) in the late 1980s and are fabricated by EG Solutions in Corvallis Oregon. A rotary screw trap consists of a rotating cone positioned between two pontoons. The inside of the cone has a series of baffles that spiral down a central shaft. The trap is positioned with the wide end of the cone pointing upstream so fish entering the cone are guided into an underwater live-well positioned at the rear of the trap. No power is required to turn the cone; the velocity of the stream flow pushing against the baffles rotates the cone. Traps come in two sizes: a 5 ft. diameter cone for small streams and an 8 ft. diameter cone for medium to large streams. Traps can be operated individually or secured side by side to fish in tandem. Rotary screw traps are secured in place by cables extending from the front of the pontoons. These cables are attached to a second cable that spans overhead from one side of the stream channel to the other, and is secured on either end to a stable structure like a bridge piling. If no overhead structures are available, cables can be secured using heavy anchors sitting on the stream channel bottom, as shown in the photo of the tandem traps. 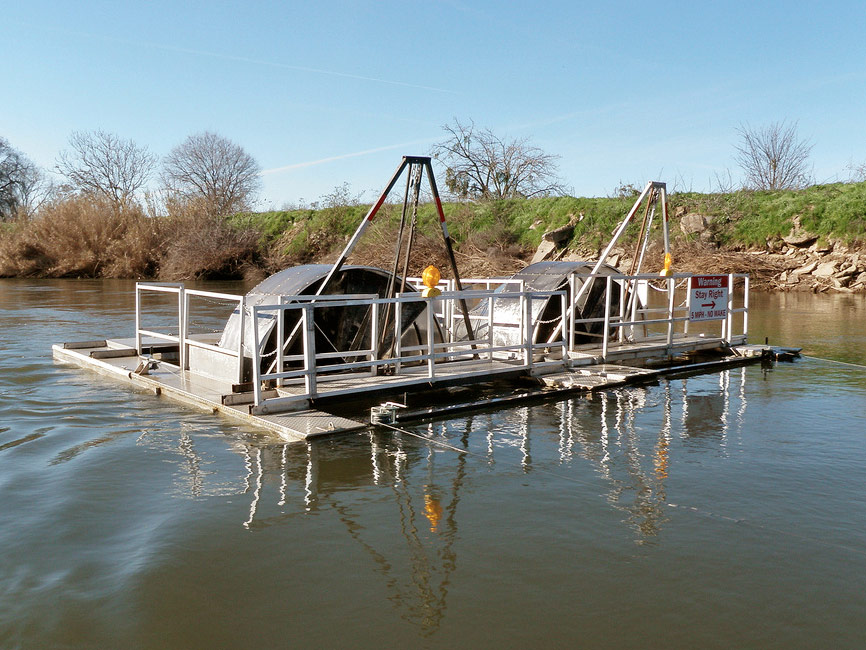 Traps are checked at least once daily and more often during periods of high fish abundance or heavy debris (see YouTube video). Juvenile salmonids migrate at night or during periods of high turbidity to avoid predation so traps are checked first thing in the morning to reduce holding time. Fisheries technicians use hand nets to scoop out captured fish for biological data collection. Fish are identified to species and counted, then a subsample are measured and weighed before release. These data are used to estimate abundance, survival, size distribution, timing, and behavior of wild and hatchery salmonids. They enable biologists to study mortality between life-stages: egg-to-fry, fry-to-smolt, and smolt-to-adult. To estimate the number of juvenile salmonids outmigrating past a trap, efficiency tests are conducted to estimate total fish production based on raw catch data. Stay tuned for our post on trap efficiency tests!