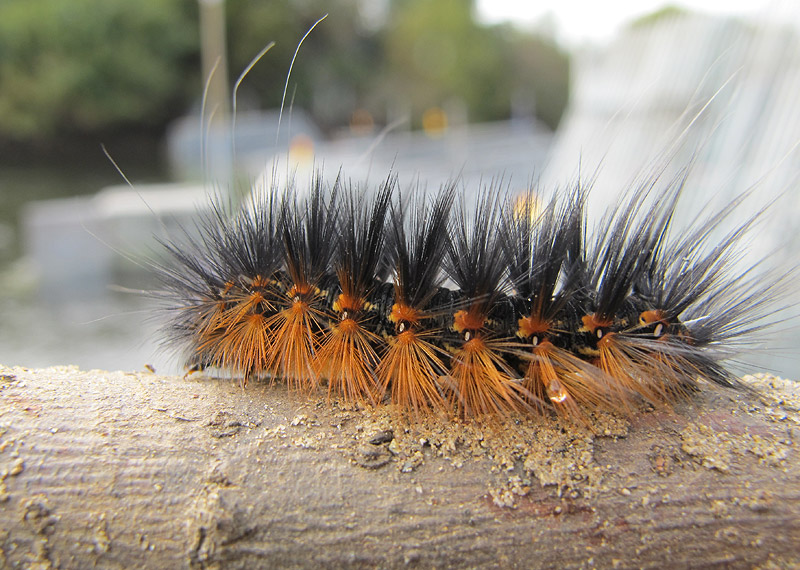 Potentially. This caterpillar (Arctia caja) resembles a woolly bugger, an artificial fly that is widely used by trout anglers because it resembles many of the edible insects that fall in the water. Since rainbow trout (Oncorhynchus mykiss) are a key target species for anglers, their feeding habits have been well studied by both anglers and fish biologist. Trout diets have been shown to vary between watersheds, shift seasonally and change as they grow larger. For example, diet studies have shown increased feeding on terrestrial insects at the water’s surface during the summer months when the insects are hatching and are more abundant, and a great reliance on benthic invertebrates during the winter when there is less terrestrial input (Moyle 2002). Angradi, and Griffith (1990) may have put it best with their “rules-of-thumb for foraging trout: select larger prey items, select vulnerable prey, and relax selectivity when hungry.” For the most part they are opportunistic feeders, eating what is available. Anglers can take advantage of this by using flies that resemble what ever insects are hatching; hence, a common saying among fly fishers is to “match the hatch”.