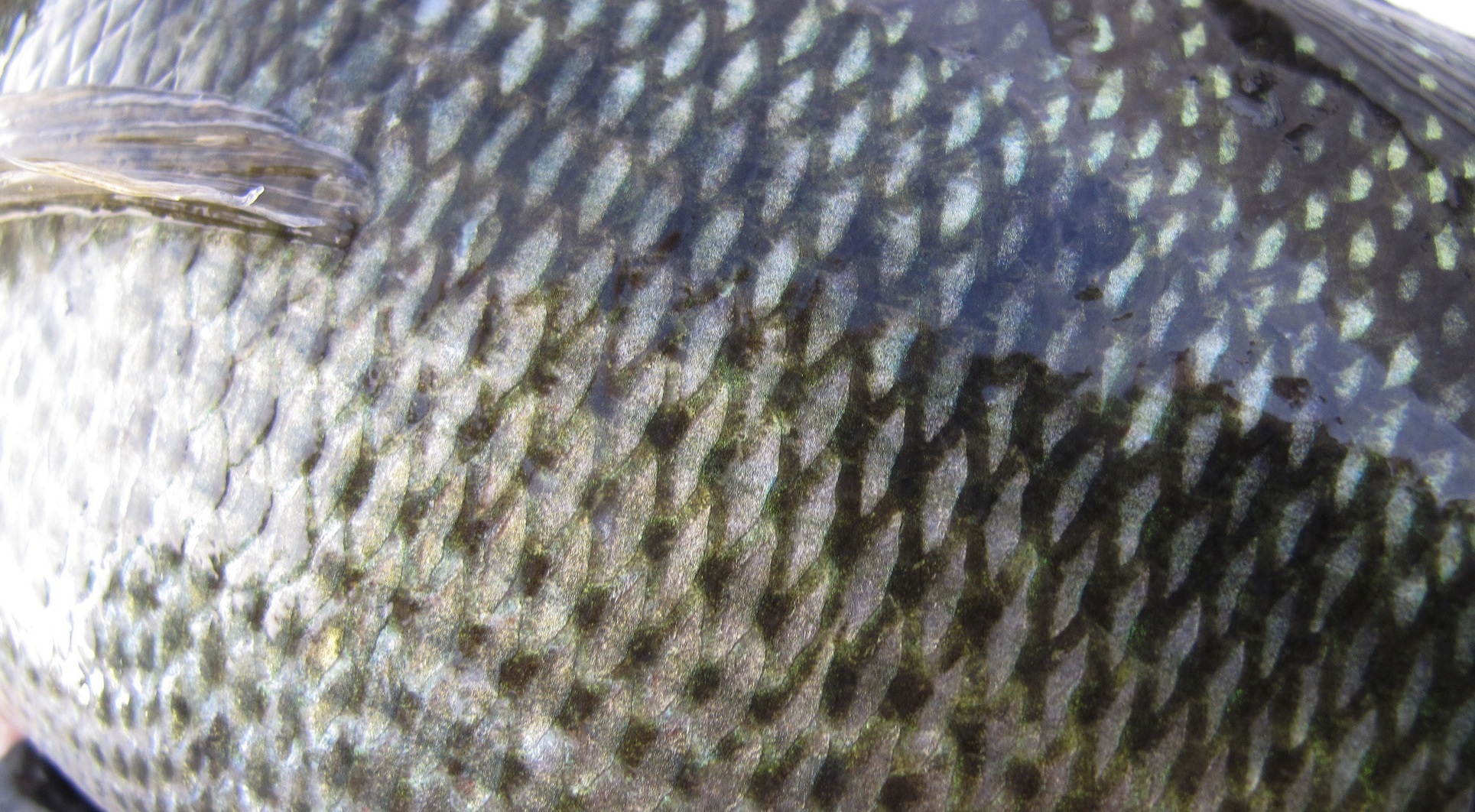 Effectively managing fish populations requires knowing how quickly individual fish grow, and how old fish are at key stages of their life cycle. One common technique to estimate the age and growth of fish is to interpret patterns that developed on their calcified structures, such as scales, bones, spines, fin rays, or inner ear bones called otoliths (see Rings in their ears). Scales have been used to age fishes since 1890, and this technique is still widely used in the fisheries field today. As fish grow, their hard parts (scales, bones, etc.) must grow accordingly. Due to seasonal changes in temperature or food availability, major life history events are recorded as markings on their scales or bones. Much like the rings on a tree, fisheries researchers can use these patterns to estimate both the age and growth of a fish. However, unlike trees, fish often deposit numerous growth rings every year on scales, and daily rings on otoliths (see Miniature ear bones).

Detecting and interpreting these patterns can be challenging, leading to the common saying that ageing fish is often more of an art than a science. While partially true, there are many ways to validate or verify ages and growth rates derived from fish hard parts. For example, fish of a known age (those that have a known “birthday” or brood year) can be used to train scale readers, or tagged and recaptured fish can be used to verify growth rates between two different time periods. The size of the fish at different stages of its life can also be estimated by using the relationship between the size of the fish at the time of capture and the size of the scale (or other part). Assuming a fish’s body grows at the same rate as its scales, measuring important markings on the scale can be used to estimate the size of the fish when those markings occurred.

One particular use of scales, known as age reconstruction, is highlighted in the image below. The scale was collected from a wild adult steelhead on the Lower Trinity River during the fall of 2008. Key life history events are labeled “a” through “e,” and the corresponding year when each occurred is overlaid on the scale image. These events can be identified by changes in the relative spacing between the individual rings on the scale, called circuli. Groups of tightly spaced circuli indicate a period of slower growth (also known as annuli), whereas widely spaced circuli indicate a period where the fish has grown more rapidly. The year of capture is labeled “a,” a previous spawning run is labeled “b,” (steelhead are iteroparous, meaning they are capable of spawning multiple times), label “c” indicates the period in which the steelhead spent its first winter in the ocean, and labels “d” and “e” indicate the rings that formed during its first two winters in freshwater. Patterns on this scale also provide the year of birth for this fish (sometime in the winter of 2004/2005) and the year when it first entered the ocean (label “d,” spring of 2006). One of our biologists used this technique to study the life history patterns of steelhead (see Half-pounder history). 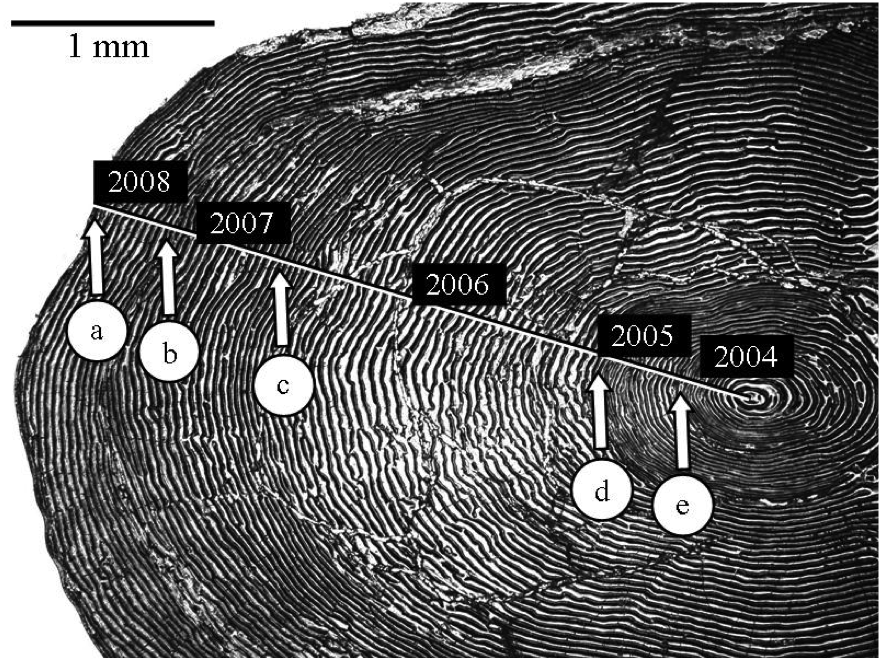 Performing this same procedure to piece together the histories of hundreds of fish can yield important information about fish growth, the frequency of repeat spawning, and the age composition of smolts that enter the ocean as well as of adults returning from the ocean. From a management perspective, knowing the age of returning adults is especially critical for fish like Chinook salmon, because adults of different ages (cohorts) can all return to spawn in the same year. The reproductive success of a particular year’s run depends on a mix of different-aged adults, all of whom outmigrated in different years and experienced different ocean conditions. Using the information gained from age reconstruction can yield insights about outmigration and ocean conditions through time, and inform managers about the relative survival and maturation probabilities of different cohorts.