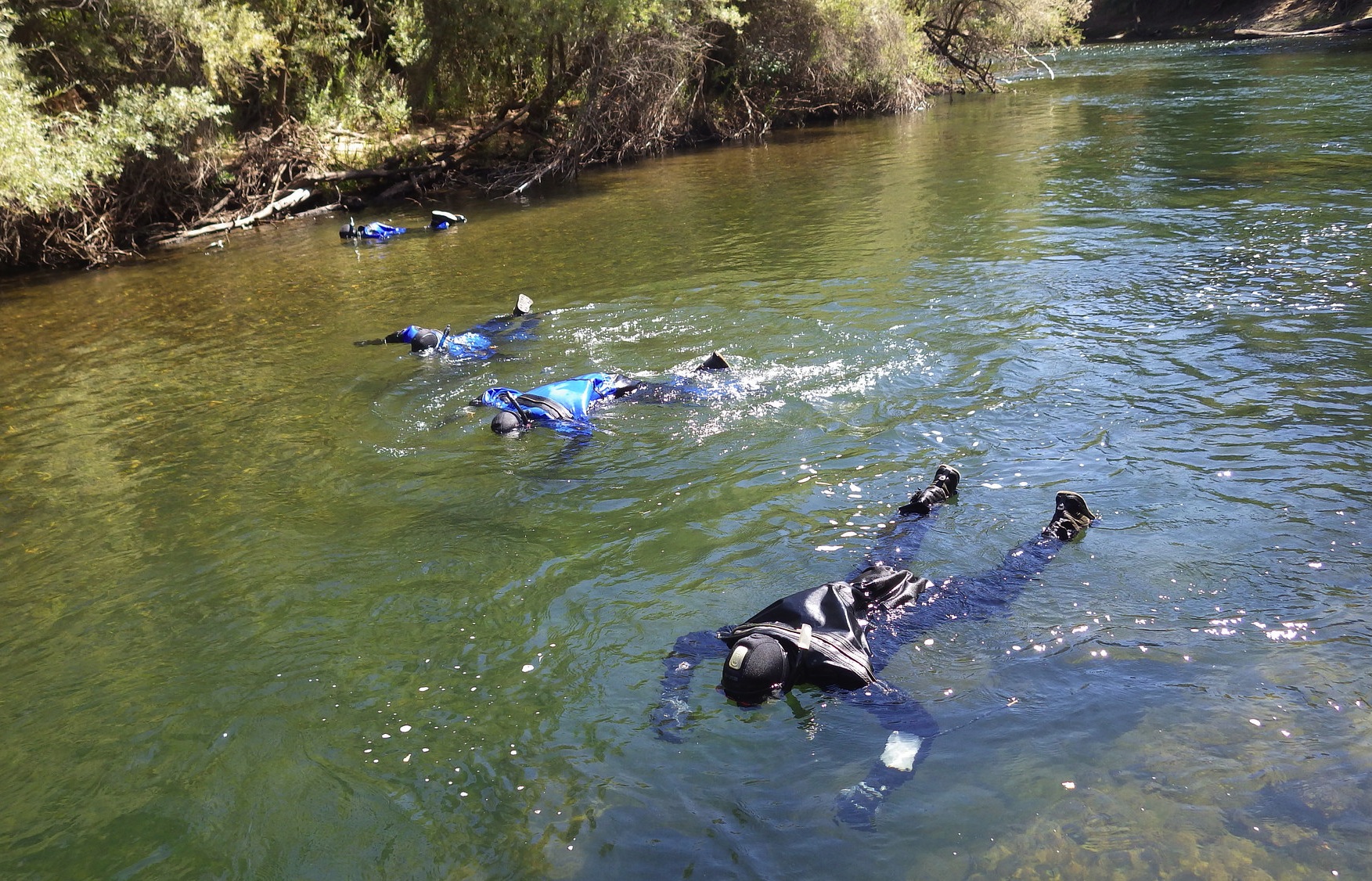 If you happen to come across this group of oddly dressed individuals floating face down in the river, don’t be alarmed. It’s just our annual summer abundance survey for Oncorhynchus mykiss, the fish that become either rainbow trout or steelhead. O. mykiss can exhibit two distinct life histories: they can migrate to the ocean (as steelhead), or can spend their whole lives inhabiting the streams in which the were spawned (as rainbow trout). Determining the abundance of these fish requires a different approach than surveying the closely related Chinook salmon. Because Chinook salmon are anadromous, we can measure their abundances when fish pass through sampling equipment during their migrations, such as rotary screw traps for juveniles and weirs for adults. In contrast, since many O. mykiss in Central Valley rivers are year-round residents or have yet to migrate to the ocean, we have to go looking for them.

To conduct our surveys, we first determine the percentage of the river that is made up of different habitat types, including riffles, pools, runs, and cascades. Riffles are areas where the water typically moves fast and breaks over cobbles, boulders, and gravel. Riffles are an ideal habitat for salmonids to use for digging redds and spawning. Runs are areas where the river is still flowing rapidly, but are deeper than riffles. Generally, runs are located downstream of a riffle and are good habitat for juvenile salmonids to rear. Pools are areas of slow-moving currents that form due to deep scouring of the stream bed over time, and are a good place to spot larger O. mykiss that can thrive on the abundant nutrients often found in deep pools. Cascades, or waterfalls over rocks, can sometimes pose impassible barriers to fish, depending on their steepness and the velocity of water.

After determining the number of units of each habitat type in our survey area, we randomly select some of those units in which to count fish using snorkel surveys. We calculate the average number of O. mykiss observed in each habitat type, and use this information to estimate the population for the river or river reach as a whole.  These surveys usually take approximately two weeks and are conducted during the dog days of summer, an ideal time to be out on the river – which could be why this project never seems to lack volunteers. 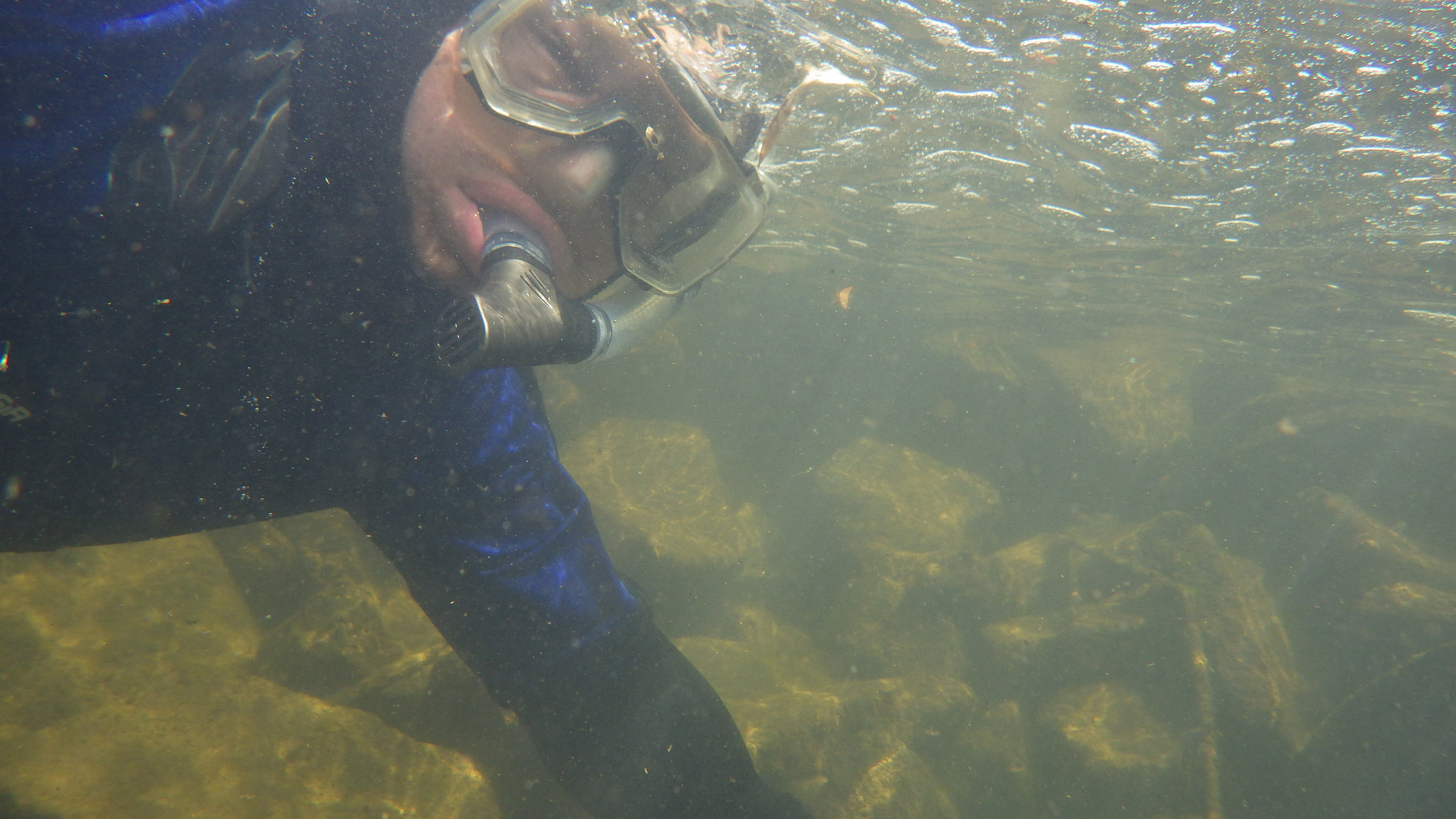