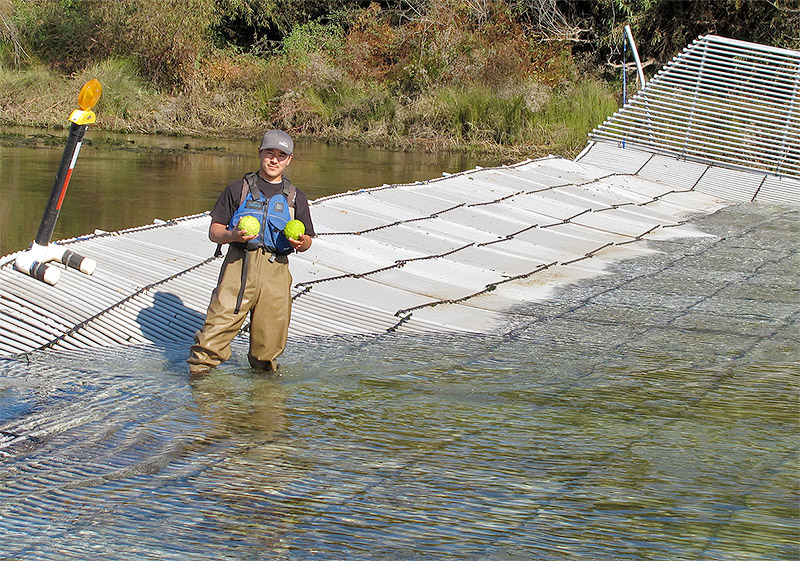 For years we have been finding these curious looking green globes washed up on our fish counting weirs late in the fall. With the help of a colleague who recognized the odd fruit as an “Osage orange” our curiosity was piqued. So with the help of Google, we sifted through a plethora of information. Apparently, the Osage orange (Maclura pomifera) is native to the Red River drainage of Oklahoma, Texas, and Arkansas and is named for the Native American Osage Nation. Before the invention of barbed wire, early settlers planted thousands of miles of these dense, thorny, hardwood trees as living fences across the Great Plains. Some of their many common names include hedge apples, horse-apples, horse chestnuts, Bodark, and Bodock. Resembling an orange or grapefruit, the Osage orange is not actually a citrus, but is in the mulberry family (Moraceae) and the fruit reveal milky fibers and seeds when cut in half. 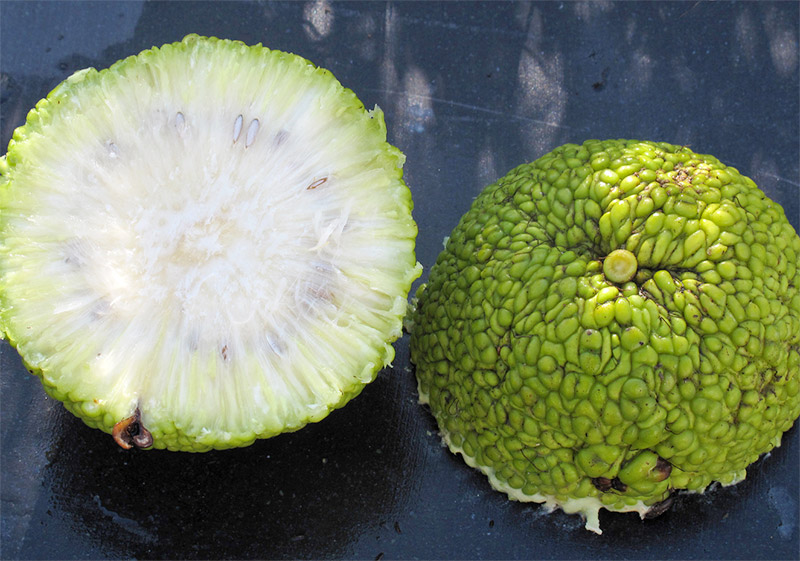 Besides their utility as hedgerows, many people believe the fruit can be used to repel insects and spiders and they place them around windows and in basements. Most likely folklore, research (Jauron 1997) has found no evidence to confirm claims of the fruit’s bug repellent effectiveness. However, the wood from the Osage orange tree is very dense, stronger than oak (Quercus) and hickory (Carya), and is considered by archers to be one of the finest North American woods for bow making. Native Americans would travel hundreds of miles to acquire the wood for making bows and clubs.