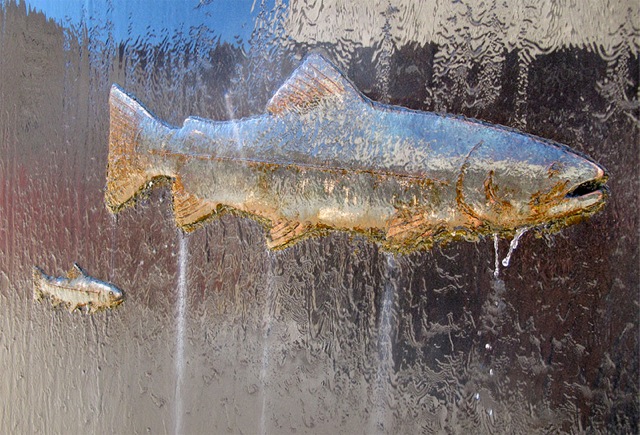 State and federal agencies in the United States annually release millions of hatchery salmon and steelhead into public waters each year. Because of the migratory nature of salmonids these hatcheries provide a source population to watersheds throughout the Western U.S. The primary goal for many salmonid conservation and recovery programs is to establish self-sustaining, natural populations. A recent study of fall-run Chinook salmon on Mokelumne River in Central California revealed that hatchery-produced fish spawning in the Mokelumne gave the false appearance of positive population growth (Johnson et al. 2012).  By using sulfur isotopes in otoliths (ear bones) the researchers were able to determine whether spawners were produced in hatcheries or naturally in the river. Eliminating the hatchery-produced salmon revealed that what was previously considered a recovering population was actually a sink population, supported by contributions from nearby hatcheries (source populations). Evaluating source-sink dynamics is certain to become a standard in monitoring natural salmon populations.