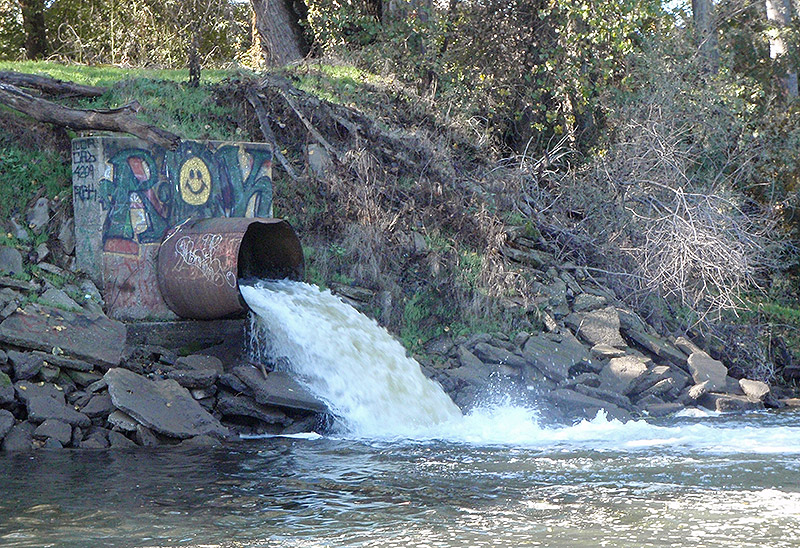 As the rainy season approaches, all the oil, grease and sediment that accumulated on streets and sidewalks throughout the summer and fall is washed down city storm pipes and drainage ditches. Many people are under the impression that the water is piped directly to a treatment facility or even a ponding basin, however the water is usually not treated or filtered, and is discharged directly into the nearest body of water. Issues associated with untreated stormwater have been on the rise in recent years. When the Clean Water Act was amended in 1972, non-point source pollution (which comes from many diffuse sources) was not a great concern, but as population densities have increased, so has the amount of runoff created by impervious surfaces such as buildings and roads. Today, non-point source pollution is becoming a leading threat to the environment.

Jenifer McIntyre, a doctoral candidate at University of Washington, and her research team have been studying the effects of toxic runoff on fish and are looking for ways to improve water quality before it enters the Puget Sound. During rain events they collected water samples from the streets of Seattle and took them back to the lab where they had set up a rain garden designed to simulate how water is filtered in the natural environment. Part of the sample was filtered through the soil in the rain garden. Then, the filtered and unfiltered samples were placed in tanks along with juvenile coho salmon to study the response over a four-day period. The fish that were placed in the unfiltered storm runoff were dead within twelve hours, while the fish in the filtered runoff continued to survive. The study showed that it is possible for simple solutions, such as rain gardens, to increase the quality of water that is entering the ecosystem.

Efforts to restore dwindling stocks of natural populations of salmonids may be compromised by the runoff that will increase as human populations continue to rise and create new impermeable landscapes. Rain gardens and trees can help alleviate the amount of surface runoff that reaches rivers, but are not enough to account for all the runoff created by impervious surfaces. Infiltration or ponding basins can be used to collect excess urban runoff containing toxic chemicals. As the water is absorbed, the soil filters the pollutants and the groundwater is recharged. In newer developments these basins are more common, but there are still many cases where older developments need to be updated to accommodate modern expansion. This movement isn’t just among the urban planners; homeowners throughout California are getting involved by designing river-friendly landscapes, which beautify their garden while protecting the local wildlife.