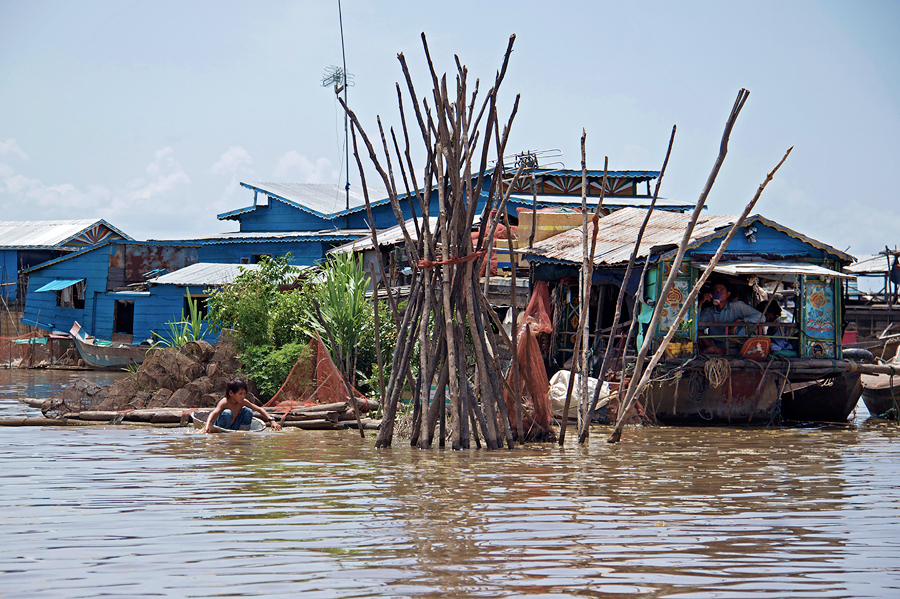 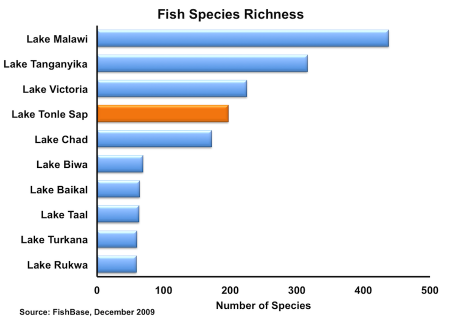 The Mekong Basin is extremely diverse. The river level fluctuates more between the wet and dry seasons than any other major river in the world. Maybe it is this diversity in water level that spurs so much diversity in fish species. The Tonle Sap lake of Cambodia has the fourth highest fish species diversity of any lake on Earth (Baran 2010). The Tonle Sap is connected to the Mekong (see our post Fishing for a living), and when the river swells the water backs up into the lake creating extensive floodplain habitat that fish use for feeding and nurseries. Though a few African lakes may have the Tonle Sap beat for number of species, those lakes tend to be geologically much older and have had more time to evolve high levels of diversity. Lake Malawi is one of the oldest lakes in the southern hemisphere, and may be more than 7 million years old. There are also many cichlid species in Lake Malawi that show very fast rates of genetic divergence, quickly increasing the number of species there. The Tonle Sap is a relatively younger system, but still demonstrates these very high levels of diversity. High species diversity is a benefit because it tends to increase system resilience and enhance the ability to recover from disturbances. High species diversity may also lend to high fish catch, as the Tonle Sap is known to be one of the most productive lakes in the world.