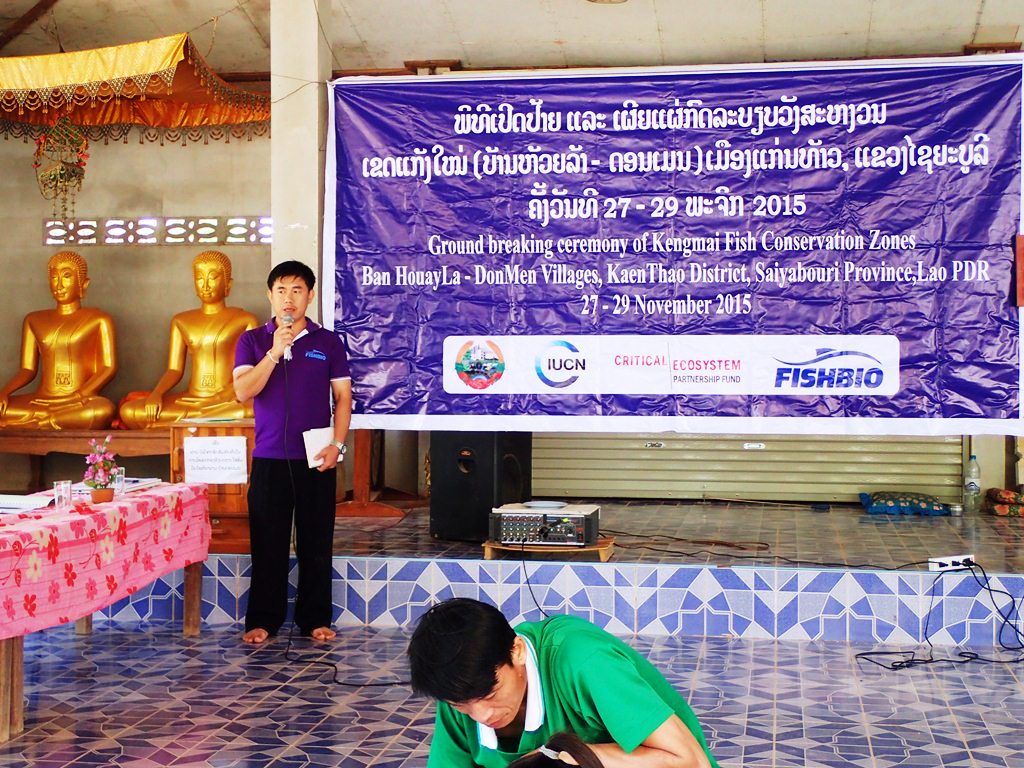 One more Fish Conservation Zone (FCZ) is now official on the Mekong River in Lao PDR. In the last few months, we have worked to finalize the establishment of an FCZ, or freshwater protected area, in a part of northern Laos called Kengmai Rapids. In a series of meetings, both government officials and four villages that are in charge of managing the protected area approved the regulations that prohibit fishing in the FCZ. Villagers helped us install signs, both at the site of the FCZ and in the village, so everyone would be aware of the regulations printed on the signs. 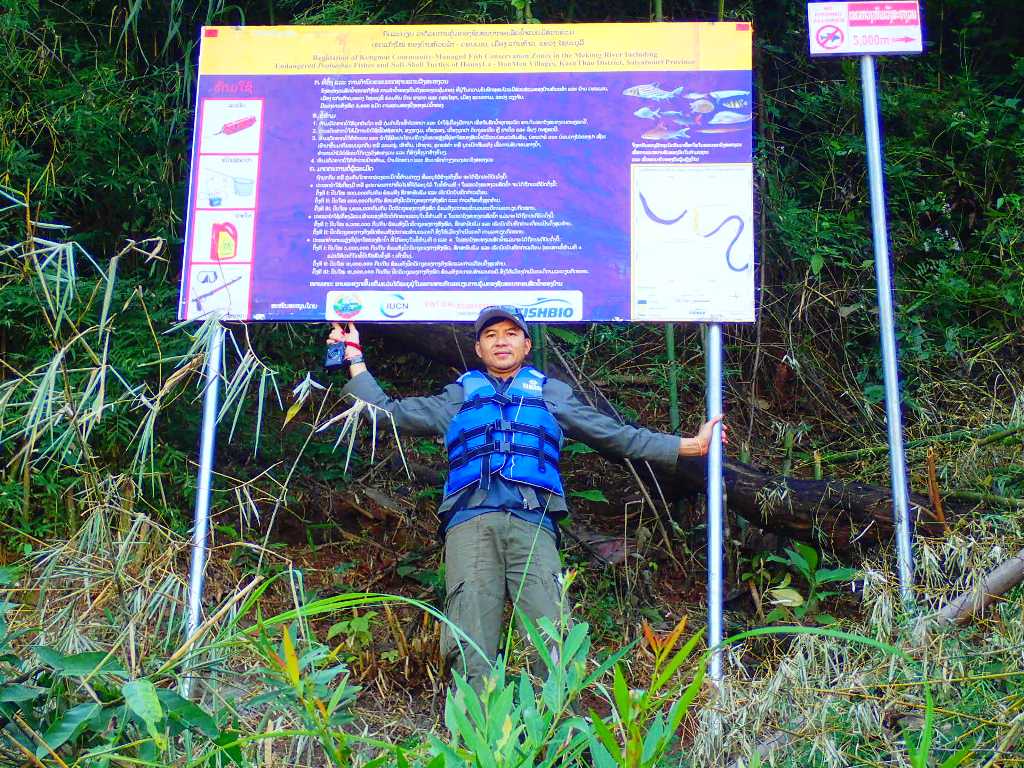 To help everyone learn about the newest FCZ in town, we held a meeting in each village to announce the rules of the Fish Conservation Zones, and to select members of the enforcement teams. We then brought together the enforcement team members from the four different villages, along with local government officials, and provided them with training and equipment. We handed out uniforms and lights, and showed the teams how to use the cameras we provided. With funds from the project donor, the Critical Ecosystem Partnership Fund, we also purchased a boat for the enforcement teams to use in patrolling the FCZ. 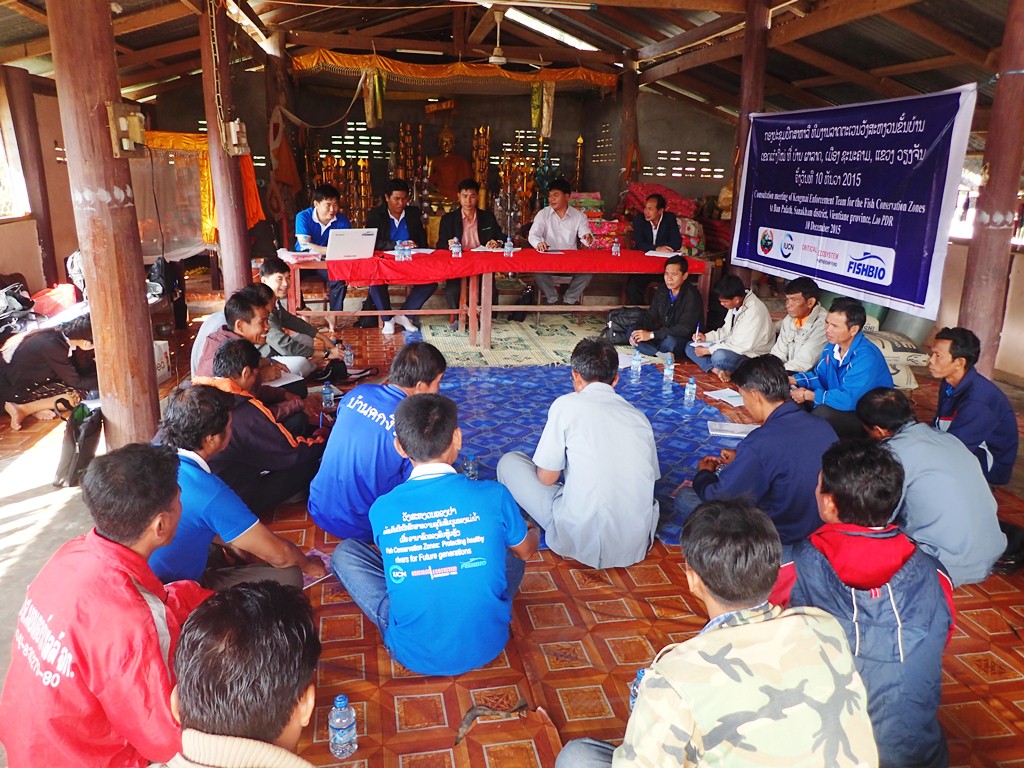 While making an initial tour of the FCZ in the new boat, we noticed several gill nets set in the protected area. Our staff and enforcement team members sought out the owners of the gear to remind them about the new FCZ regulations. With effort and time, we hope everyone in the local area will become aware of the rules of this zone intended to protect endangered Probarbus fishes, which use the area for spawning. While spawning Probarbus fish have not yet been observed in the FCZ, we hope that we will hear reports of them soon. The fish typically reproduce between December and February, and break the surface of the water in their spawning display. We hope this year, these special fish will be able to reproduce undisturbed.