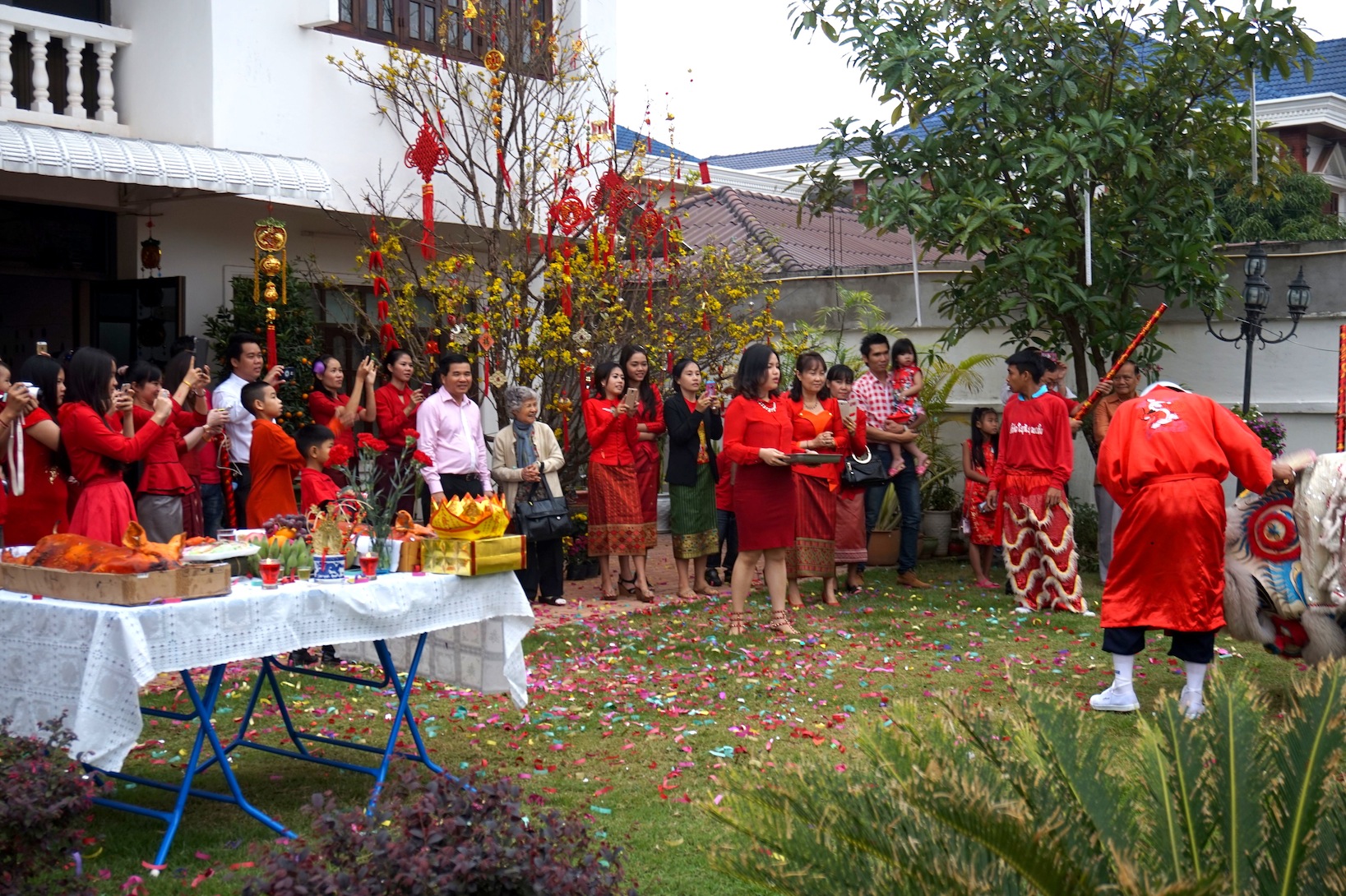 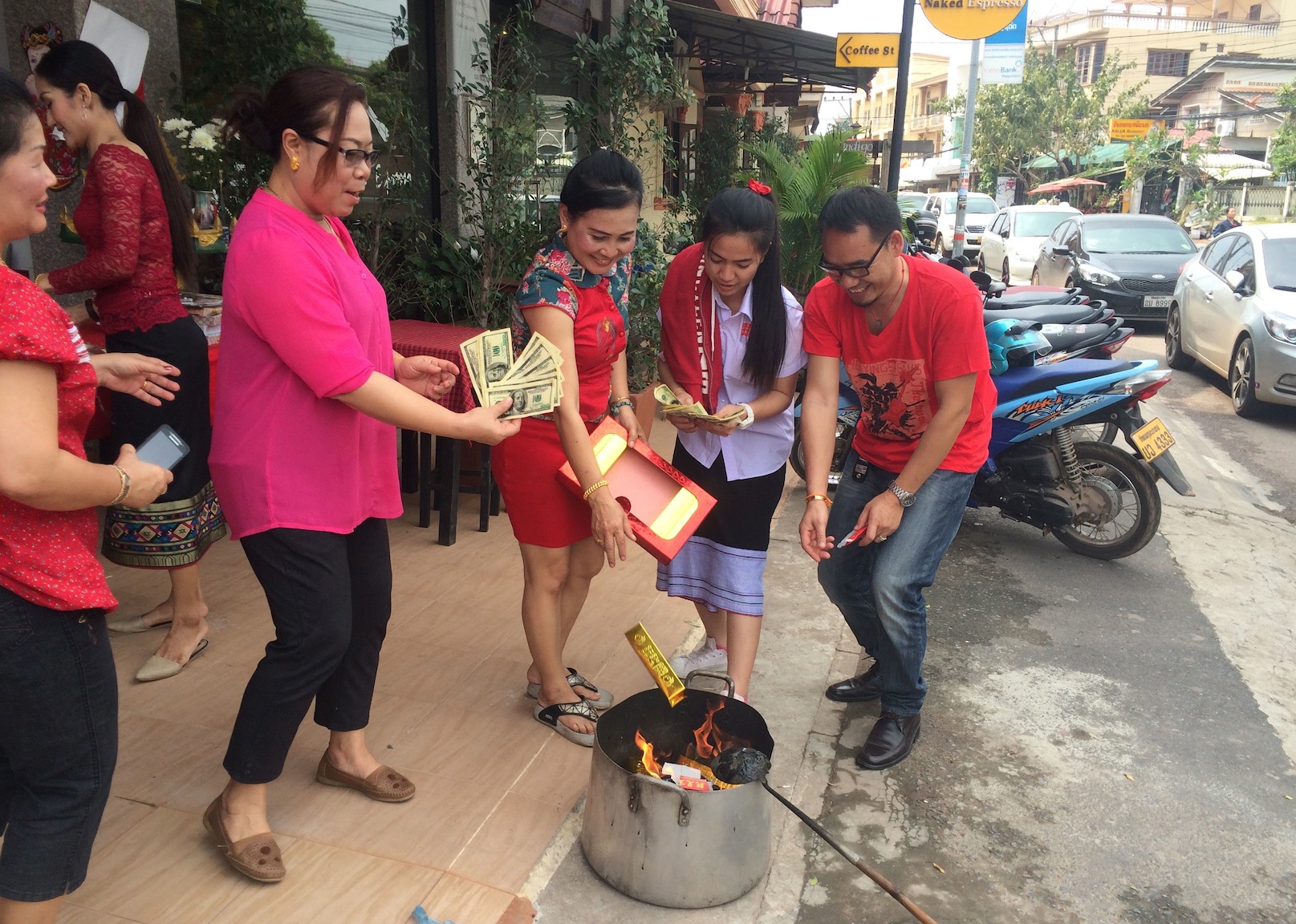 The signs of Lunar New Year (which this year marks the Year of the Goat/Sheep, according to the Chinese zodiac) were evident as soon as we landed in the Singapore airport and encountered large statues of goats amidst displays of flowers. One explanation for the prevalence of Lunar New Year celebrations in Laos would be the sizable populations of ethnic Vietnamese and Chinese living in the country. We observed some New Year customs while eating lunch at a restaurant that had an elaborate offering table set up outside, with plates of food in front of photos of deceased relatives. While we finished eating, we watched as a number people (who we presumed to be related to the restaurant owners) dressed in their finest reds proceeded to burn stacks of fake money and other offerings, which are intended to reach the dead in the afterlife. They even offered us some fake money of our own to burn for luck. 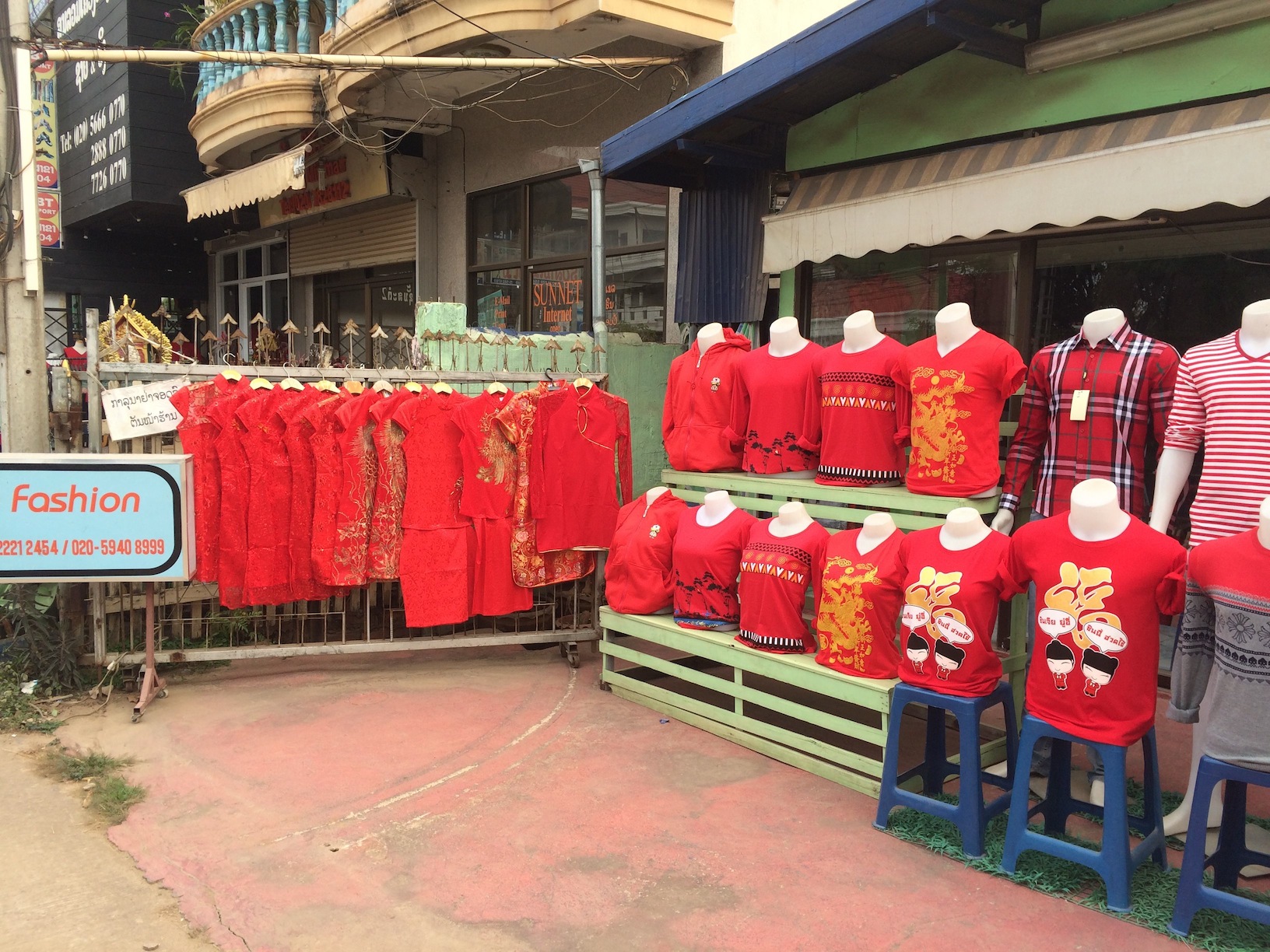