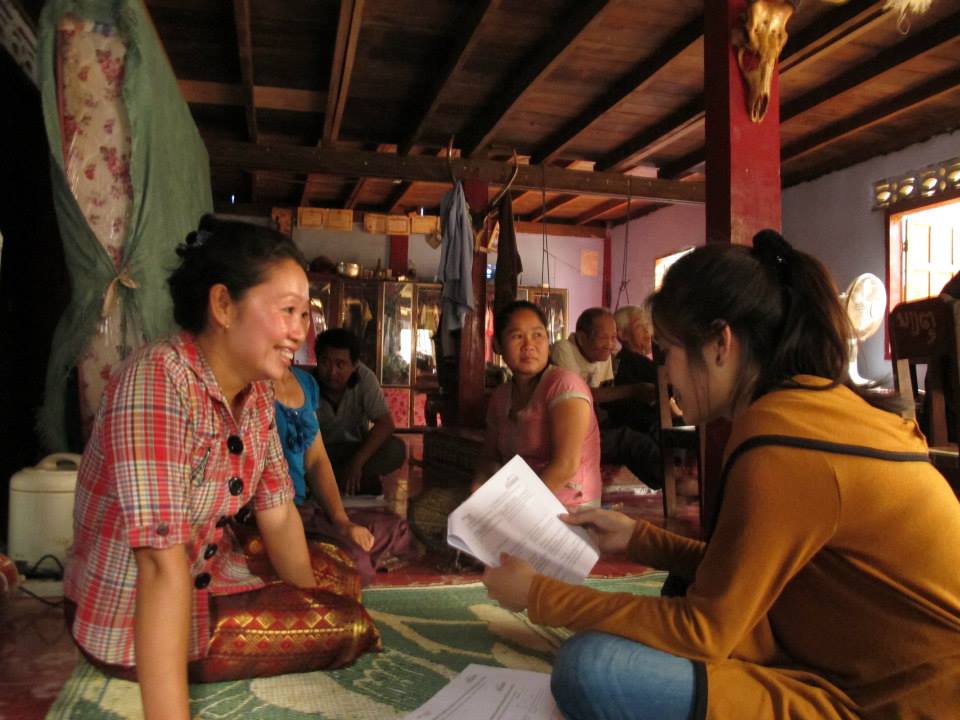 The morning fog had finally lifted off the Mekong River as it flowed through rural Luang Prabang Province in northern Laos. Roosters were crowing while piglets, goats, and dogs wandered the Khmu village of Pakpee. At the village headman’s home, community members gathered to talk about developments in the establishment of Fish Conservation Zones (FCZ) and participate in a survey of local knowledge, attitudes, and practices associated with fish and natural resource management. At the conclusion of the survey and meeting, and with unanimous support of the community, the village headman signed the FCZ regulations. A celebratory dinner of duck, rice, and several varieties of locally harvested wild plants was served, washed down with locally brewed Lao Hai, a local variety of rice wine fermented in large ceramic vases.

After a year of planning and two previous visits, FISHBIO has begun fieldwork on its Critical Ecosystem Partnership Fund (CEPF)-supported project, “Establishing co-managed Fish Conservation Zones to help communities protect endangered Probarbus fishes in the mainstem Mekong River of northern Lao PDR.” Throughout the creation of these protected zones, FISHBIO has collaborated with Lao PDR government agencies at the central, provincial, and district levels, as well as with the communities who live on and utilize this stretch of river. 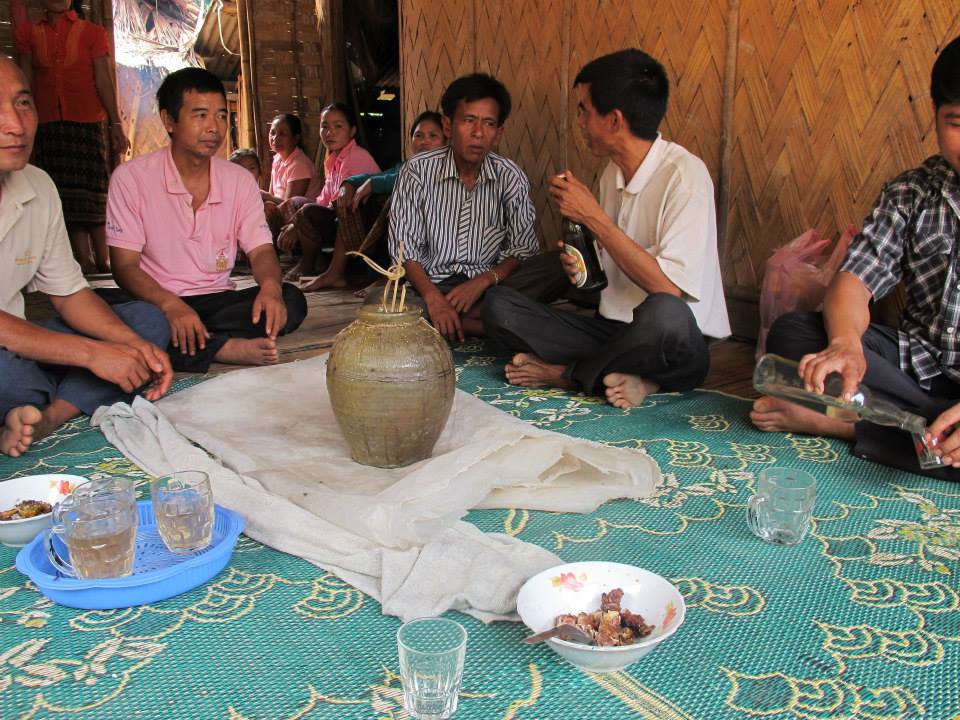 The first two stops on our nine-day field trip were to the Provincial Agriculture and Forestry Offices (PAFO). We held meetings to educate government staff about FCZs at the proposed sites, and begin the multi-step process of signing the regulations into law. The workshops were attended by representatives and technical staff of provincial- and district- level environmental agencies, along with members of the governor’s office. FISHBIO staff presented the goals and schedule of the project, as well as the proposed regulations. Government staff had many questions about the project and small edits were made to the regulatory documents. The workshops were highly productive and the project continues to have support from all levels of government.

Following these meetings, FISHBIO continued on to the villages of Hoaykhoualoung, Khokfak, and Pakpee. We held meetings in the village to remind community members of the regulations they assisted in drafting the previous year, and discussed any changes. Before these meetings, we conducted a survey with 20 community members from each village. The survey was designed to be given to a diverse demographic, representing a mix of ages and genders, as well as people who relied on different primary livelihood sources. Known as a KAP survey, it measures the knowledge, attitudes, and current practices of community members in regards to fish ecology, natural resource management, food sources, and current understanding of the law realted to these topics. The survey was designed by FISHBIO staff to be administered three times throughout the course of the project’s first year. By looking at changes in responses, FISHBIO hopes to measure the success of the project, both from a very basic assessment of whether or not the FCZ regulations are being enforced, to how community members’ attitudes towards fisheries management have changed.

FISHBIO staff will be returning to the villages soon to help the communities install signs and demarcate FCZ boundaries, and celebrate the official opening of these three protected areas along the Mekong River that will protect habitat for endangered fish as well as species important to local fishers, thereby protecting biodiversity and improving local food security.