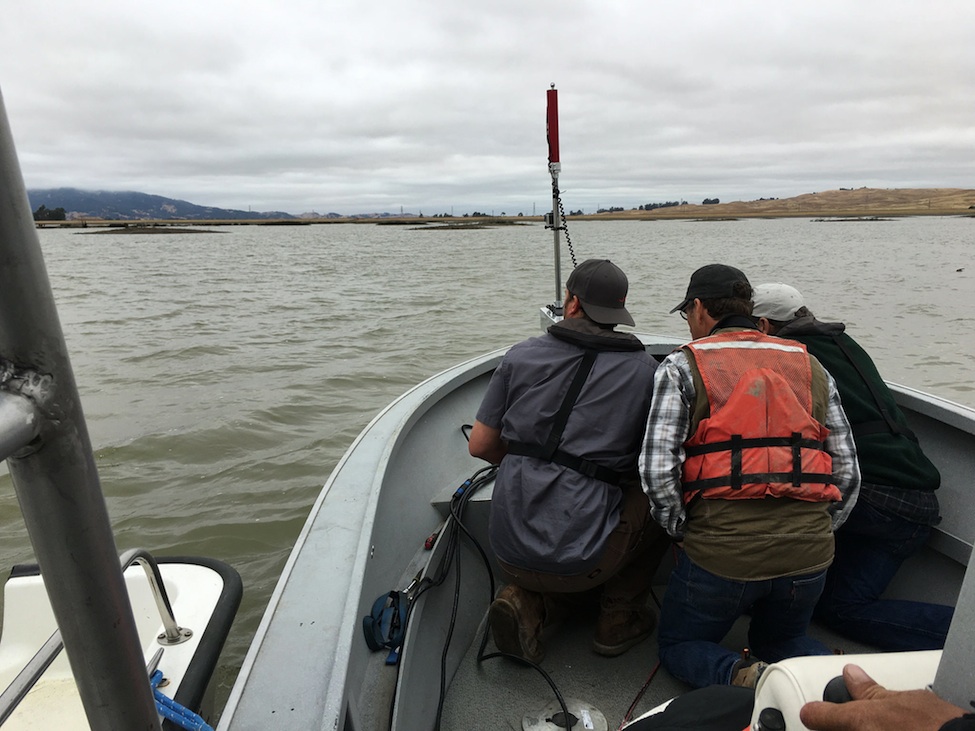 San Francisco Bay is the largest estuary on the West Coast, and in recent years much effort has been put into restoring tidal marsh habitat in the Bay. As people flooded to the area beginning in the mid nineteenth century, this wetland habitat was considered wasted space and was deliberately filled in, or ‘reclaimed’ for agriculture and development, which reduced the size of the Bay by a third. Today, only about 8 percent of the historic marshlands still remain, but that number is growing quickly thanks to numerous restoration projects around the Bay. FISHBIO was recently invited to tour one such project in the North Bay, where we had the opportunity to use our ARIS sonar camera to examine the fish community in the restored area. Project developers had incorporated a number of unique designs into the restoration project, including root wads and mounds that they hoped would increase the amount of sediment deposited. They were eager to see if these components had an influence on the fish community in the area. 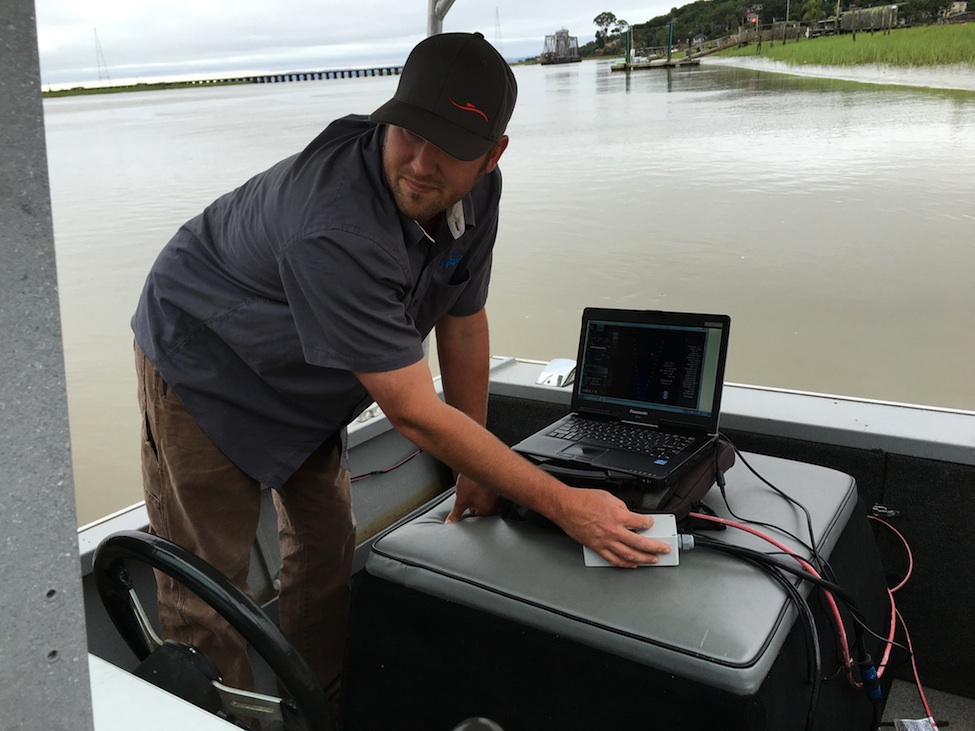 Fisheries monitoring in tidal wetlands can be a daunting task when using standard sampling techniques such as seine nets or gillnets. These methods can be difficult and time consuming, and are harmful to the many threatened and physiologically sensitive species living in tidal wetlands. We turned to technology to overcome these challenges, and deployed our ARIS camera to get a quick snapshot of the aquatic community. The ARIS camera allows us to ‘see’ underwater in a very turbid environment without disturbing or handling fish. We saw a variety of fish around the newly formed habitat, but further monitoring is necessary to determine whether and how fish are using the unique design features of the project. We were able to gather some great footage, including shots of the aptly named bat ray, which can be seen in our new video – can you spot it? 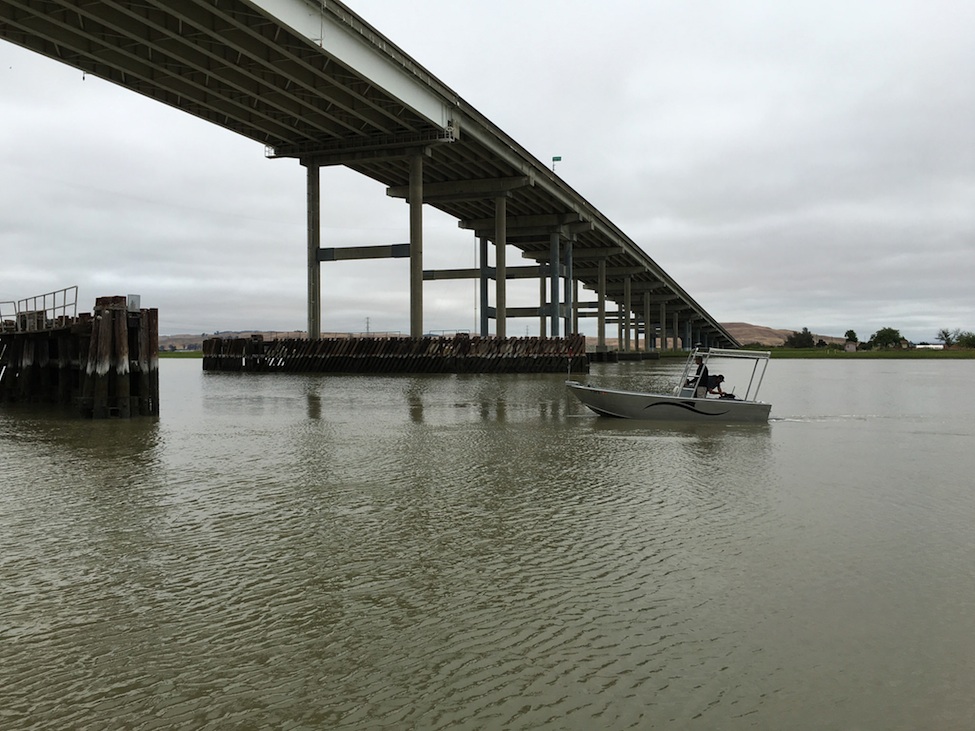