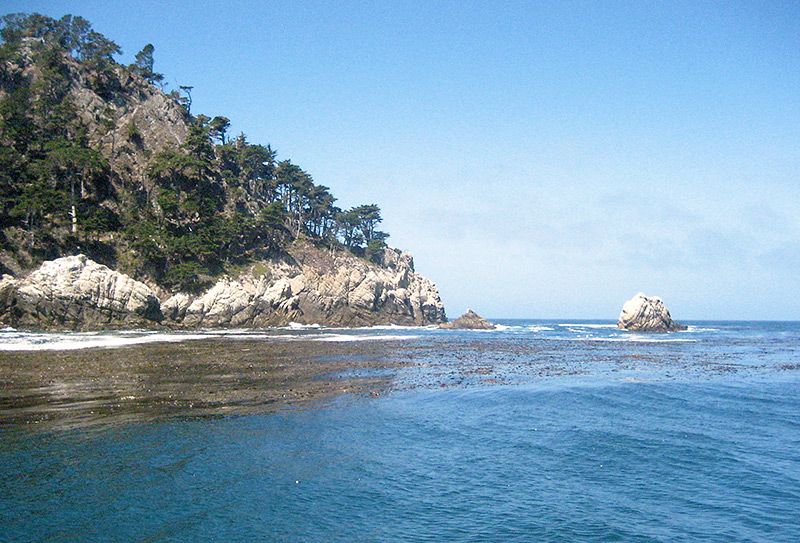 Underwater state parks. Ecological savings accounts. Noah’s Arks. These were all terms used to describe marine protected areas (MPAs) at the State of the California Central Coast Symposium recently held in Monterey, California. The symposium highlighted research conducted during the five years since California embarked on an ambitious mission in 2007: to establish a coordinated network of ocean areas off-limits to some or all fishing along the entire state coastline. At times controversial, the stakeholder-driven process came to a close last fall when the northernmost, final links in the MPA chain went into effect from Mendocino County to the Oregon border. The Monterey symposium focused on the first section of the MPA network established on the central coast from Pigeon Point to Point Conception in 2007. California’s statewide MPA network is the first of its kind in the country, and other states like Oregon are hoping to follow suit.

“The state of California is recognized as the leader in the design and implementation of MPAs,” said marine scientist Mark Carr from UC Santa Cruz who has played a large role in process. With people around the world watching California’s MPA experiment with interest, Carr said he and other scientists feel a serious responsibility to monitor and evaluate how these conservation and management tools perform. Some of the goals of these protected, “ecological savings accounts” are to serve as refuges for populations of fish, kelp, crabs, and other species to recover from exploitation, to allow older fish to reproduce and help sustain fisheries outside reserve borders, and to provide insurance against changing ocean conditions like those caused by climate change. For the past five years, researchers from around the central coast diligently surveyed the health of the ecosystems inside and outside the central coast MPAs. They measured abalone-like limpets clinging to rocks in the wave splashed intertidal, enlisted the help of volunteer anglers to catch and release fish, and explored the shadowy depths of the MPAs with submarines and camera-equipped robots hundreds of feet below the surface.

So far, their findings are promising. Many species, from black rockfish and lingcod to owl limpets and black abalone, have increased in abundance inside the new MPAs over the past five years. Some species of fish are also larger inside the protected areas, and these larger fish can produce more offspring. A report compiled by the California Ocean Science Trust summarizing these and other scientific findings of MPA monitoring is available as an interactive e-book on the new Ocean Spaces website. One of FISHBIO’S biologists also presented at the symposium, discussing her graduate research studying the feeding habits of gopher rockfish inside and outside of the central coast MPAs (see Gopher (rockfish) guts). These initial assessments of the MPAs are just a prelude of changes to come, as ecosystem recovery can take decades to occur. In addition to their ecological benefits, protecting special coastal places for their intrinsic value  makes economic sense. California’s renowned and much-visited coastline is a huge driver of the state’s ocean economy, worth about $42.9 billion (Kildow 2005). Some symposium speakers stressed that that the economic value of MPAs need be studied explicitly going forward. But from many angles, it appears that this investment in marine conservation is already paying off.