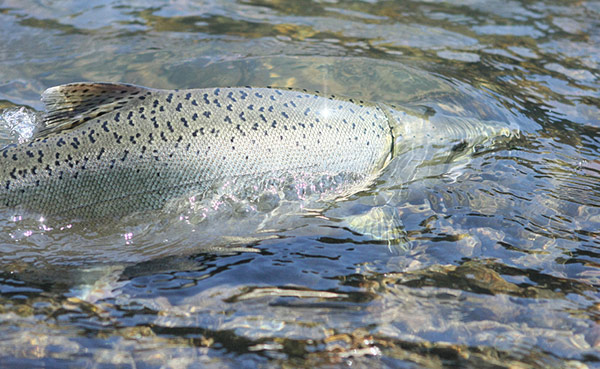 While leaf peepers in New England eagerly await the fall of golden and red tinted leaves, West Coast fishery biologists and anglers are looking forward to a “fall” of a different kind. As the temperatures drop and the leaves change, the fall-run Chinook salmon begin the long journey back to their natal stream for spawning. Anglers are gearing up for prime inland salmon fishing and biologists have begun setting up fish counting systems in Central Valley rivers. Both are optimistic for what is anticipated to be a promising season for Central Valley salmon inland fishing and escapement (i.e., the fish that ‘escape’ the fishery and make it to the spawning grounds). The ocean fishing effort data reflect the increased enthusiasm among salmon anglers this year. As of August 31, recreational anglers off the coast of California are estimated to have made a total of 130,682 fishing trips, up from last year’s total of 91,098. The ocean salmon season is coming to an end and the harvest numbers show substantial improvement since 2005, indicating that folks in the Central Valley may have reason for excitement. 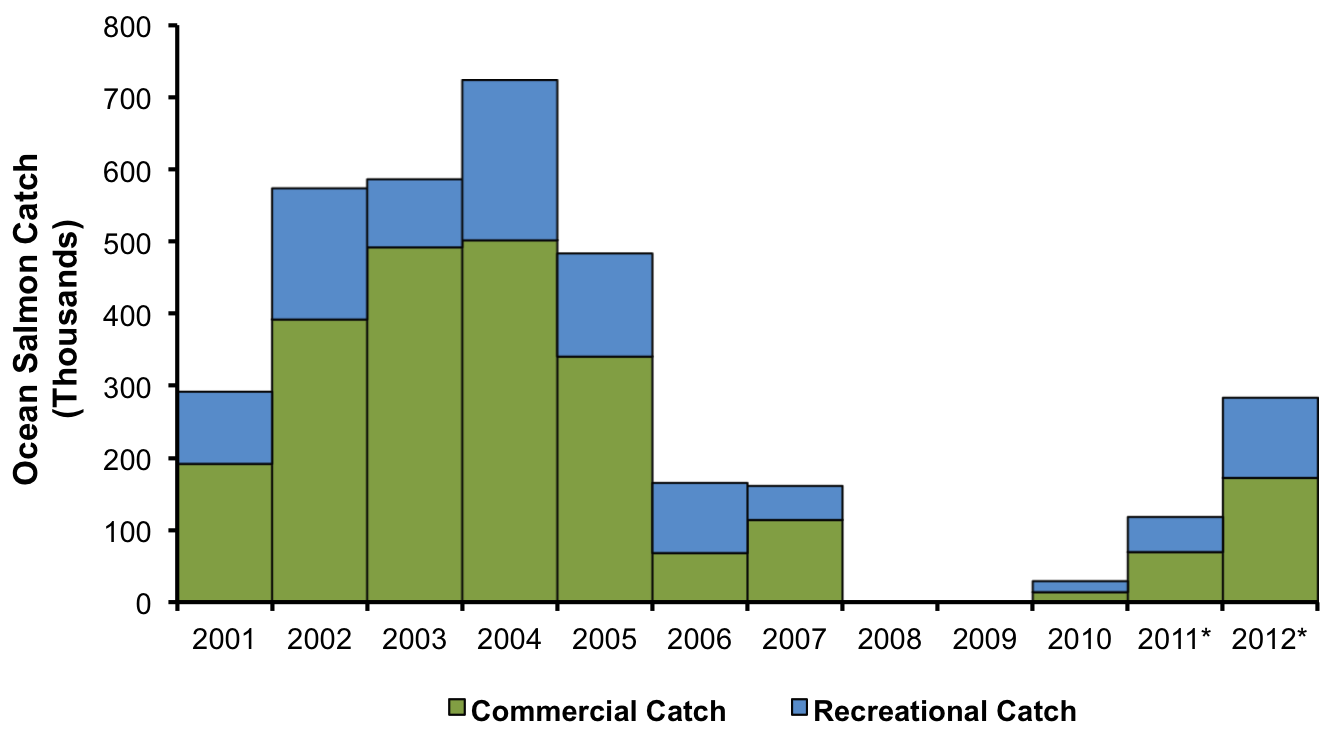 Figure 1. California ocean salmon harvest for commercial and recreational fishing. Data from 2001-2011 pulled from Table I-4 of the Review of 2011 Ocean Salmon Fisheries and 2012 data from the September Supplemental Information Report 4. Note: * Preliminary estimates.

The Pacific Fishery Management Council (PFMC) forecasted an overall Sacramento River fall-run Chinook (SRFC) salmon abundance of 819,400 adults this year. The California ocean harvest number are just component of the complicated sum used to estimate the Sacramento Index (SI) of SRFC abundance (i.e., the sum of recreational and commercial harvest attributed to SRFC, and SRFC escapement). Given the preliminary California ocean harvest was already 284,110 salmon as of August 31 (172,914 and 111,196 for commercial and recreational, respectively; Figure 1), everyone is hopeful that despite recent overestimates, the 2012 forecast was not overly optimistic. This preliminary harvest for California has already surpassed the overall annual SI for the past five years (41,100-257,900 salmon), indicating that the Sacramento population is continuing its climb back from the bottom. Unfortunately, catch numbers themselves are not a useful indicator of the actual SI abundance for a few reasons. The percent of SRFC salmon harvested in the ocean has fluctuated between 20% and 80% over the past ten years. Also, the total California harvest is a combination of Klamath River fall Chinook, SRFC and other Central Valley runs, thus an estimate of SRFC-specific harvest must be calculated. So, to know where the Sacramento River salmon stand in 2012 we’ll have to sit tight till next February when the official numbers are announced by PFMC.

After a few years of extraordinarily low numbers, we may be approaching the light at the end of the tunnel. If the news is, in fact, as good as it sounds, we could be looking at the first sign of an industry on the rebound and the communities that have been affected by the California salmon collapse may feel some reprieve. However, the salmon harvest numbers are still far from the peak values seen in the early 2000s and the combination of events that lead to the collapse of Central Valley salmon in the first place is still under debate, so we aren’t out of the woods yet.