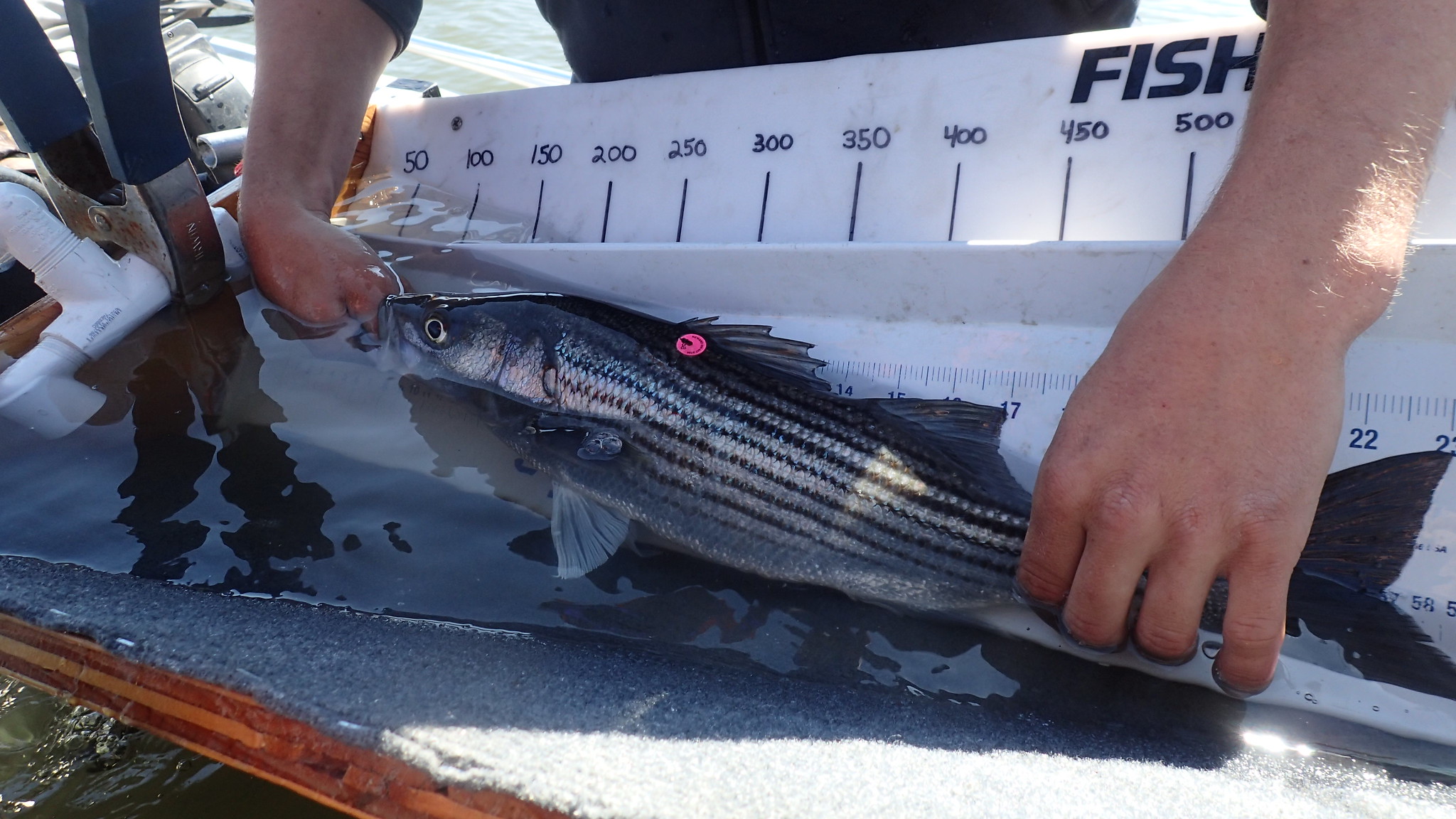 Have you ever reeled in a fish and seen a strange tag sticking off it? Chances are, that fish was part of a mark-recapture study. Capture-mark-recapture techniques (called “mark-recapture” for short) are used by fisheries biologists and managers to answer the question, “How many fish are there?” One of the biggest challenges in fisheries management is estimating the size of fish populations, but this information (also called abundance) is important for conservation and managing sustainable fisheries. In some cases, it is relatively easy to know a population’s size. For example, fish hatcheries know almost exactly how many adults they bring in for their broodstock, and they usually have a pretty good idea how many offspring are produced. By using a fish counting device like the Vaki Riverwatcher, biologists can know the almost exact number of adult salmon returning to a stream to spawn. But most of the time, it is much more difficult to know just how many fish of a certain species are in a body of water. When the exact number cannot be determined, we use statistics to come up with an estimate of population size.

Mark-recapture techniques have a long history in wildlife and fisheries biology because they can be used to estimate population size as well as population survival and growth. As the name of the technique implies, individuals of a population are captured using a sampling method and marked in some manner, such as with a tag. These marked individuals are then released back into the wild in hopes of being recaptured or re-sighted one day. Information on the number of marked recaptures and unmarked captures can be used to estimate population size, as shown in the diagram below. 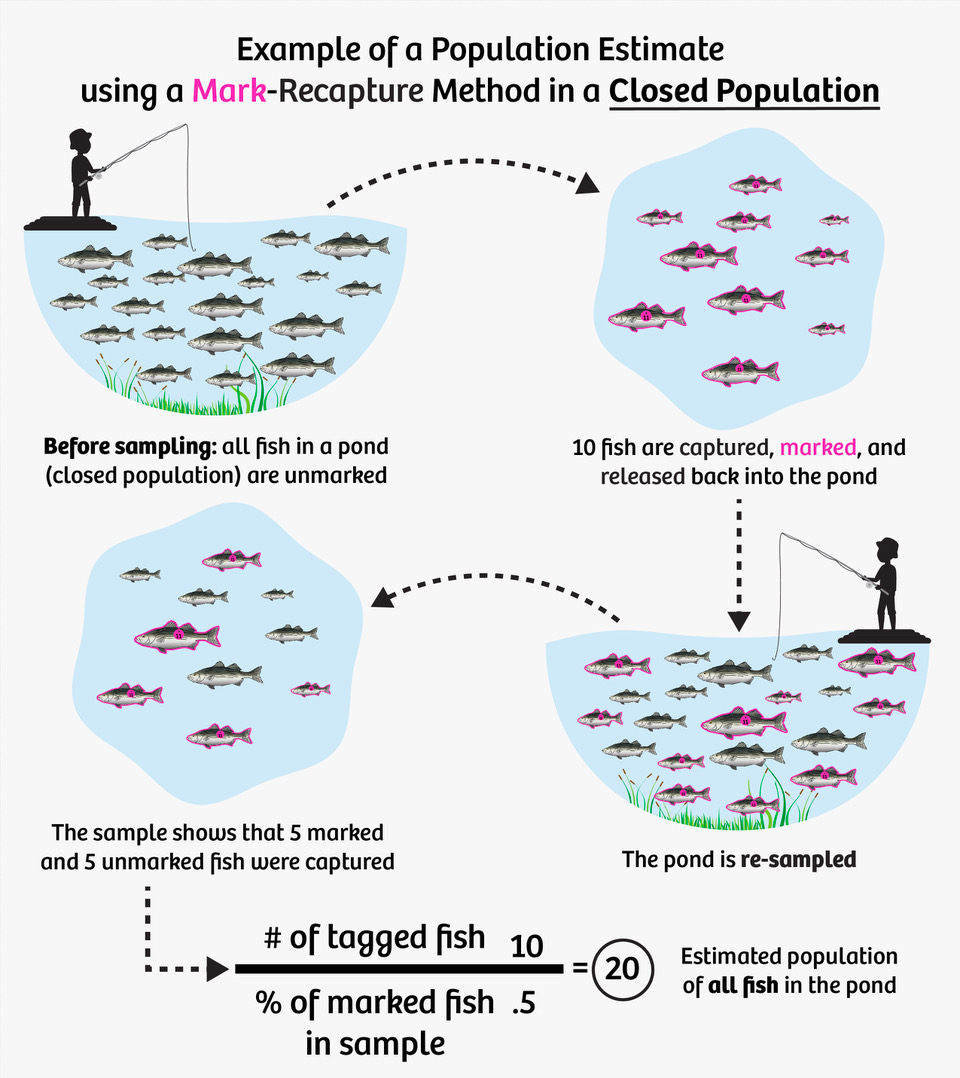 Imagine that we want to determine how many bass are in a local fishing pond using a mark-recapture study. We treat the pond as a “closed system,” meaning no fish are entering (also no births) or leaving the pond (and no deaths) during the study. The simplest method to estimate how many fish are in the pond is called the Peterson method (also known as the Lincoln-Peterson index). To do this, we catch as many bass as we can in one trip, which is our sampling. Before releasing the fish back in the pond, we mark them in some way (with an external tag, fin clip, dye, PIT tag, etc.). Then, when we come back on the next trip, we catch fish again and count how many marked and unmarked bass are in our new sample. The proportion of marked bass recaptured out of the total number marked can be used to expand the number of unmarked bass caught on the second trip to a total population abundance.

This sounds simple enough, but things get more complicated in “open systems,” where fish can move freely in and out of the sampling area, and when a study spans multiple years, so individuals are born into the population or are harvested. This is the case with our ongoing study to estimate the population size of striped bass in the San Joaquin River using fyke traps and mark-recapture methods. The bass that we capture in our fyke traps are marked externally with numbered disc or spaghetti tags, and also tagged internally with PIT tags. However, striped bass are very mobile and not confined to just the San Joaquin River. Also, as a popular sport fish, they are subject to being harvested. So, to get an accurate estimate of population size, we need to account for movement and fishing pressure, and that is where anglers can be part of the recapture process too! If you call to report one of our tagged fish, you will be helping to improve knowledge on striped bass harvest and movement in and out of the San Joaquin Basin. Check out this video to learn more about our striped bass mark-recapture study.