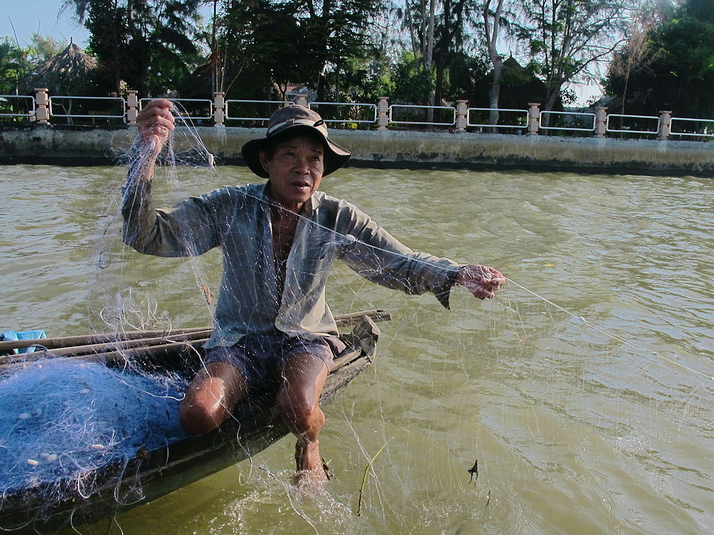 Water + Fish = Life. That’s one way to sum up the message of World Fisheries Day, which will be celebrated this week on November 21. The day highlights the importance of aquatic animals and their watery habitats to sustaining human life around the world. As a source of food and income, fish form an important link between people and nature, be it in the ocean or rivers. However, this link is vulnerable to threats such as overfishing and large-scale environmental changes, such as climate change and ocean acidification. Once thought too bountiful to ever be depleted by humans, many fish populations now need special attention and active management to ensure their persistence and sustainability.

Fisheries range in size from large-scale commercial operations with high-tech devices, to small-scale artisanal or subsistence efforts in which the same gear types have been used for centuries. When it comes to fish as food, the Food and Agriculture Organization (FAO) reports that fish account for about 16.6 percent of the animal protein that humans consume worldwide (FAO 2012). On the income side, fisheries and aquaculture combined provide employment for some 54.8 million people around the world – of these, the vast majority (87%) live in Asia. One of the reasons FISHBIO focuses our international efforts on the Mekong River Basin is because of the vital role of fishes to food security and livelihood in the region.

In contrast to the bustling ports and large vessels that constitute many commercial ocean fisheries, the freshwater fisheries in the Mekong River are often small in scale and widely dispersed, meaning that many go unaccounted for in fisheries statistics (de Graaf et al. 2011). The FAO estimates that small-scale fisheries employ more than 90 percent of the world’s capture fishers, or about 357 million people (FAO 2012). Subsistence fishing is an activity that involves men, women, and children alike, as we have seen firsthand in Lao PDR (see The season the “Lee” is in; Need a lift?; Little fishers). This week we tip our hat to the world’s fishers and the fishes they catch, with the hope that a sustainable relationship between them will allow the tradition of fishing to persist for generations to come.