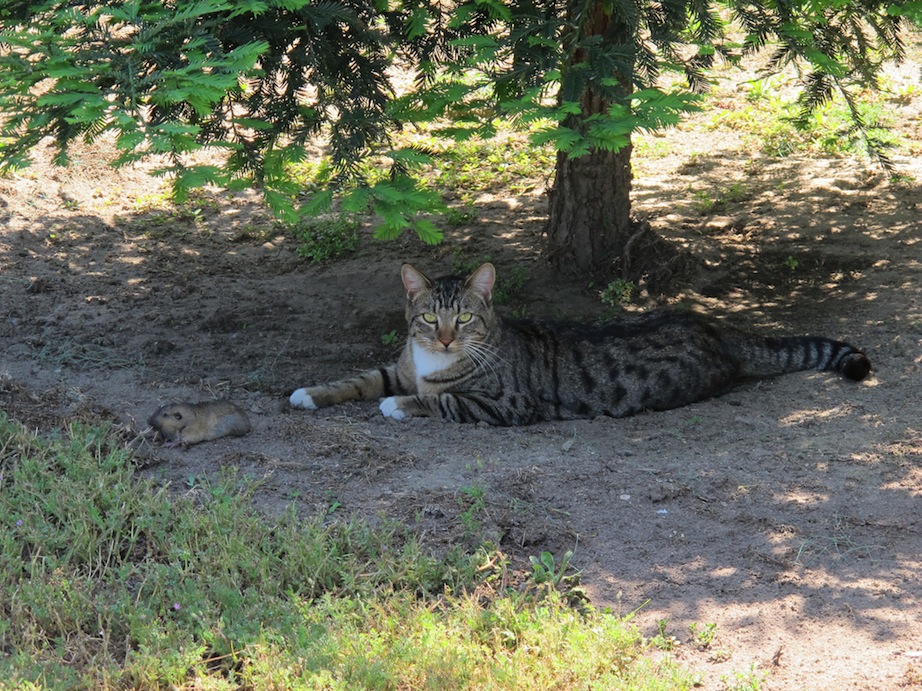 Cats are among the most prized pets in the world. Found in both wild and domesticated populations on every continent except Antarctica, an estimated 600 million cats live globally. While many people value cats for their abilities to catch mice and rats, this hunting prowess has a dark side: populations of cats can wreak havoc on fragile ecosystems by preying on birds and small mammals. The severe impacts of cats on populations of endangered seabirds, particularly on islands, led the Invasive Species Specialist Group and the International Union for the Conservation of Nature to list cats among the world’s top 100 most invasive species. Cats can also impact wildlife in our own backyards: according to a 2013 study, cats in the United States are responsible for killing an estimated 1.4 to 3.7 billion birds and 6.9 to 20.7 billion small mammals each year (Loss et al. 2013).

Feral cats, which are descendents of stray cats that are born in the wild and have no association to humans, cause the most destruction. Scientists estimate that more than 100 million feral cats live all over the world. While a pet cat may kill up to 30 birds a year, a feral cat can kill nearly 50. On islands — which are home to 20 percent of all species and half of all endangered species — populations of small animals are especially vulnerable to cats. Because they are generalist predators (meaning they are not picky eaters), cats can quickly devastate an island ecosystem by eating everything from birds to lizards to rodents. Many island species have no natural mammalian predators, so they lack defenses against introduced cats. In fact, cats are responsible for 14 percent of modern bird, amphibian, and mammal extinctions on islands (Medina et al. 2011). 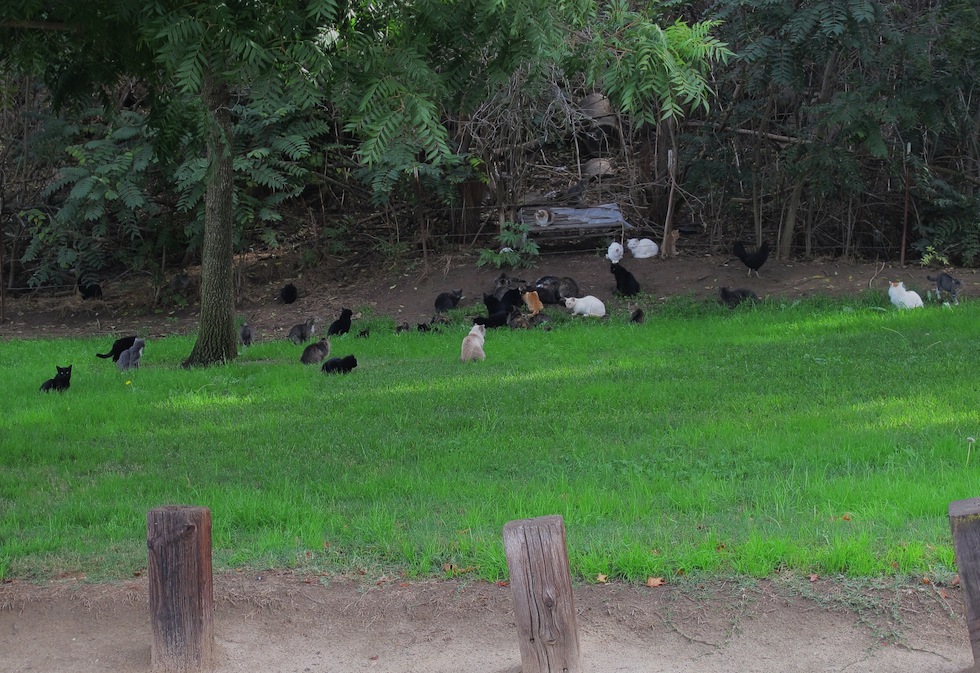 Mounting a response to the feral cat problem is controversial. The nonprofit group Island Conservation works to eradicate invasive species, including cats, from islands to protect native species. To date, Island Conservation and similar organizations have removed feral cats from nearly 50 islands. In the United States, the Humane Society favors programs to catch and spay or neuter feral cats, then re-release them into the wild unharmed. This allows the animals to fulfill their natural life span, but keeps them from reproducing. However, some scientists argue that there is no evidence showing that such “trap-neuter-return” programs limit the growth of feral colonies, because it is difficult to ensure that an entire feral cat population has been treated (Longcore et al. 2009). Instead, they advocate that feral cats be addressed as an environmental issue and any response should follow a formal ecological assessment.

While people may hold differing views about cats in the environment, one thing is clear: with dozens of species going extinct every day, addressing the problems posed by feral cats is important for the protection of global and local biodiversity. Some suggested steps to reduce the ecological damage of cats at home are to spay and neuter pet cats, keep them indoors (or, if they must go outside, have pets wear bells on their collars to warn unsuspecting wildlife), and to avoid feeding stray or feral cats, which helps their populations grow. By taking some preventative steps, we can help pets and wildlife to better coexist.