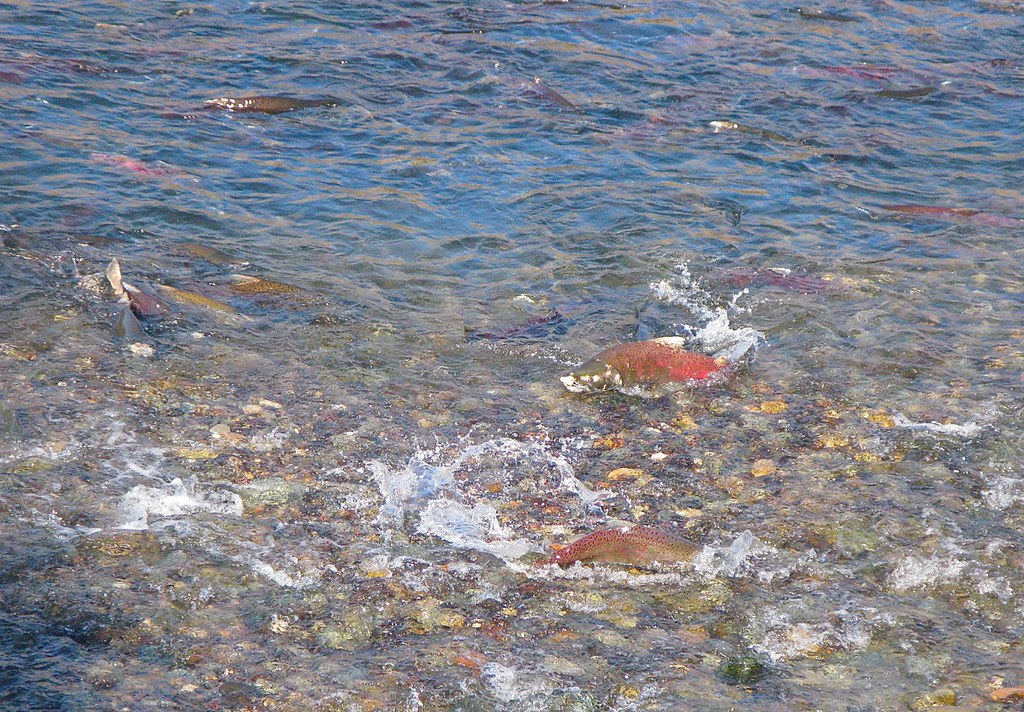 The novel and rapidly evolving challenges of global climate change will test the adaptability of all species, and some will be hit harder than others. Identifying the species and populations most vulnerable to climate change is critical to target restoration and adaptation efforts for those closest to the brink. With this in mind, climate vulnerability assessments, which are an effective method of evaluating the relative risk faced by different populations, were recently applied to Pacific salmonids (Oncorhynchus species) in the United States (Crozier et al. 2019). These populations represent a rich diversity of life histories and adaptations that have allowed them to persist in a wide variety of ecosystems. But when it comes to adapting to a changing climate, it appears not all salmon are created equal.

Pacific salmonid management generally focuses not on species, but on distinct population segments (DPSs), sometimes referred to as evolutionarily significant units (ESUs), which are populations of a species that are reproductively isolated from one another. Of the 52 Pacific salmonid DPSs identified by NOAA Fisheries, this analysis focused on the 31 identified as endangered, threatened, or species of concern, which include populations of steelhead (Oncorhynchus mykiss), Chinook (O. tshawytscha), coho (O. kisutch), and sockeye (O. nerka). To ensure all species were represented, the analysis also included non-listed populations of chum (O. keta) and pink (O. gorbuscha) salmon. The assessment focused on three main components of vulnerability to climate change: sensitivity, exposure, and adaptive capacity. The main objectives were to determine the relative threat that climate change posed to each DPS, and to identify any patterns evident at the landscape scale.

Over the course of their lives, salmonids may inhabit upstream tributaries, mainstem rivers, estuaries, and oceans. This means that assessing a population’s vulnerability to climate change requires considering each life stage and its associated habitat. To this end, the researchers ranked the sensitivity of each life stage based on climate stress and the potential for adaptation to these changes. They also ranked each DPS in terms of population viability, the extent of hatchery influence, and various other stressors that might reduce the ability to cope with climate change. The exposure of each DPS to climate change was also considered by ranking relative vulnerability based on freshwater attributes like stream temperature, as well as marine attributes like sea level rise. Finally, the adaptive capacity of each DPS was ranked based on estimates of the potential for a population to adjust – either through changes in behavior, dispersal, or genetic adaptation – to the impacts of climate change.

In terms of species, Chinook were found to be the most vulnerable, followed closely by coho and sockeye. At the landscape scale, although exposure was relatively consistent across all DPSs, there were geographical patterns in adaptive capacity. Namely, the southernmost populations and the populations located farther inland were rated as being the least adaptable. At the other end of the spectrum, the DPSs rated as most adaptable included those located farther north and those with significant diversity in their juvenile life histories, like Northern California steelhead. Overall, the most sensitive DPSs were those that had long adult migrations, those that were most dependent on estuaries and near-shore habitats, and those that spent the most time in freshwater. These patterns foreshadow a potential range contraction, in which anadromous populations reduce the extent of their inland dispersal and more southern populations vanish. However, reducing human-caused stressors, which make salmonid populations less able to cope with change, has the potential to improve the response of these populations to climate change. Restoring freshwater and estuarine habitats can buffer against the impacts of climate change, and may mitigate for climate-driven declines. By identifying which DPS and life stages are the most vulnerable, analyses like this one provide a framework for salmon recovery planning.