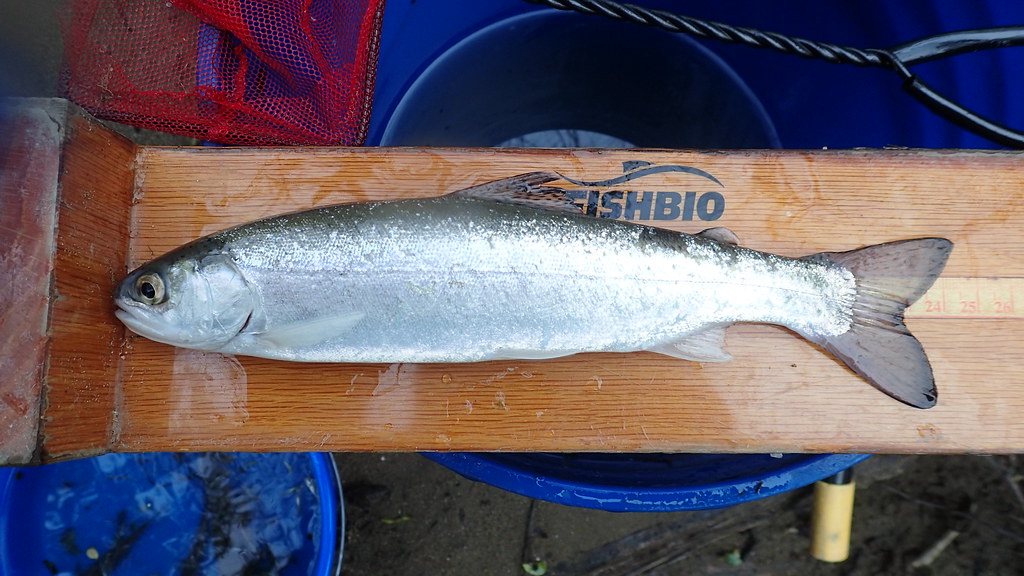 A fish transported from the San Francisco Bay of 1850 to 2018 would find itself in a whole new world. Between the construction of dams, diversion of streams, pollution, and the introduction of invasive species, the area has changed more drastically than perhaps any other estuary on Earth.  Like all organisms, fish have to adapt to changes in their environment to survive. By figuring out how fish populations today are different from each other, and from those of the past, scientists can learn about how they are adapting, and what environmental changes may pose the greatest threats.  Fish don’t have the benefit of Ancestry.com, but fortunately scientists have a helpful tool that can open a window into the past: DNA. In a study published last year in the journal Evolutionary Applications, scientists examined the evolutionary relationships between populations of steelhead (Oncorhynchus mykiss) around San Francisco Bay. This species includes ocean-run steelhead, which spend their adult lives in the Pacific Ocean, and resident rainbow trout, which spend their whole lives in freshwater streams. Researchers compared the DNA of fish collected from streams draining into San Francisco Bay (ranging from Napa County in the north to Santa Clara County in the south) with the DNA of fish collected from hatcheries, Central Valley streams, and coastal streams. Their findings revealed O. mykiss in the San Francisco Bay Area are genetically distinct from Central Valley and hatchery populations, despite a history of hatchery stocking, and showed that even resident populations upstream of dams are important contributors to the genetic diversity of the species.

Not all DNA is created equal, and this study drew on different parts of the genome (the sum total of the fish’s genetic material) to answer different questions.  First, there are parts of the genome that contain the code to build life. These are the genes that pass characteristics from parent to offspring, and changes in these “coding regions” are what drive adaptations (i.e., natural selection). Second, there are parts of the genome that contain DNA that does not code for anything.  These “non-coding regions” are still passed from parent to offspring, but they do not result in any characteristics in the offspring. Therefore, these regions are not driving adaptations and only change over time by chance, which makes them useful for determining which populations are most closely related (more similarities generally indicate a closer relationship). The scientists used the DNA to study relationships among steelhead populations (using non-coding regions), and to determine whether dam construction leads to the loss of genes associated with the ocean-run, or anadromous, lifestyle (using coding regions).

This study can help scientists and managers understand how steelhead are adapting to change, and prioritize the conservation of populations that contribute the most genetic diversity. The lack of hatchery influence on O. mykiss from around San Francisco Bay suggests that efforts to restore habitat and protect populations in this region will help to preserve the genetic diversity of the species as a whole. Much like a diverse stock portfolio reduces the risk of losing everything, having more genetically diverse populations helps reduce the risk of extinction. While populations trapped upstream of barriers might be assumed to be less important contributors to genetic diversity, this study also revealed that some above-dam populations still have genetic variation associated with an ocean-run life-history, suggesting that these populations are also important for steelhead conservation.  Over the past century and a half, O. mykiss have had to adapt in the face of significant changes to their environment, sometimes at the cost of genetic diversity – such as some populations losing genes for anadromy when trapped above dams. But as this study demonstrates, even genes with a function that was completely different in the past can still persist and allow a population to adapt to something totally new, like life in large reservoirs instead of the ocean.