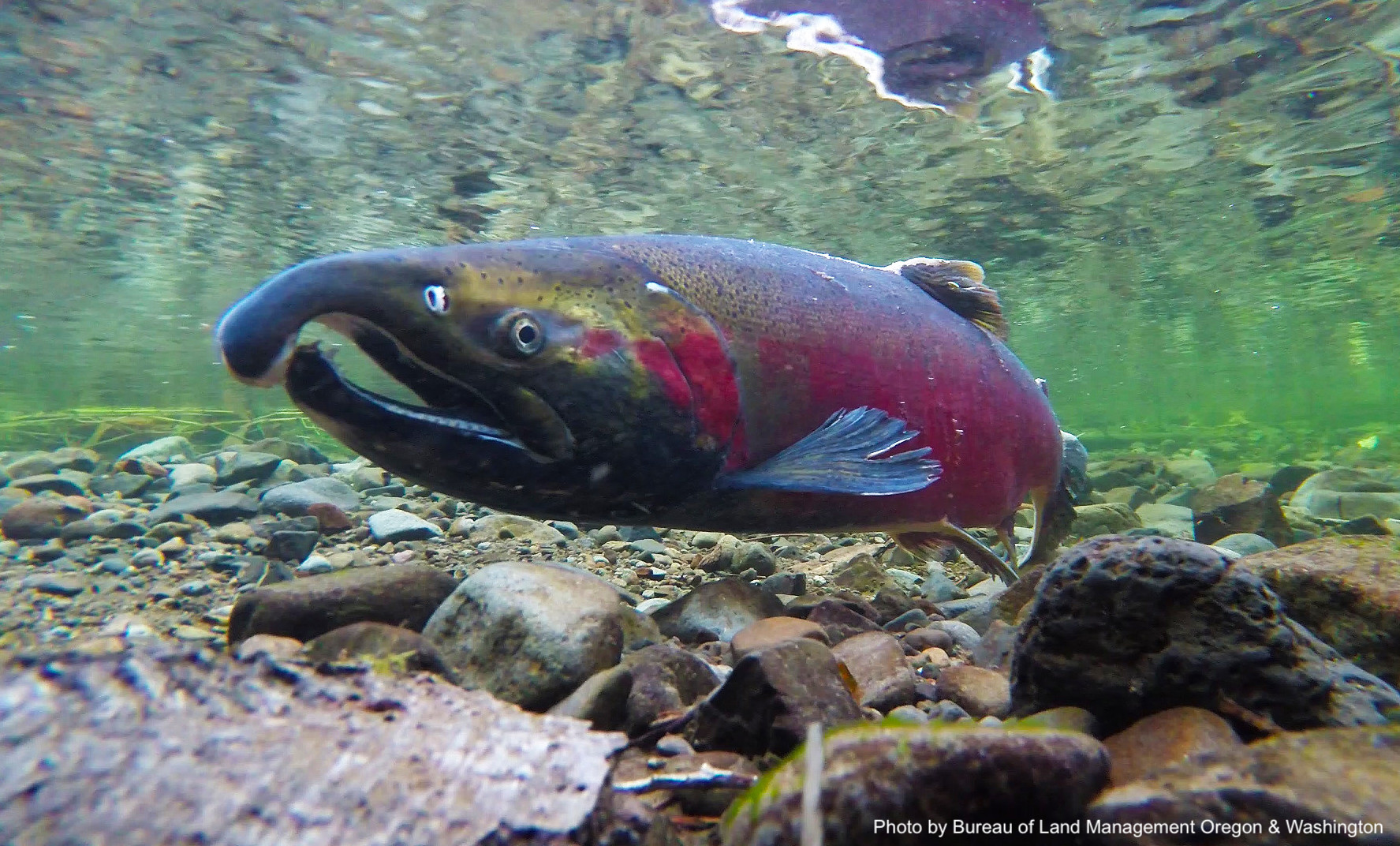 A wealth of data about the past can make it easier to predict the future. Biologists studying economically valuable salmon often have the advantage of working with extensive, long-term ecological data sets. A long history of using dams to regulate water also gives these scientists access to extensive data on environmental conditions in the rivers salmon inhabit. Researchers in Oregon leveraged abundant data on river conditions and fish passage at dams to assess the movement of coho salmon (Oncorhynchus kisutch) in relation to changes in flow and water temperature, and to compare these relationships with future hydrological conditions predicted by climate change models (Flitcroft et al. 2018). Their findings help to identify when and where coho populations may be most vulnerable, such as the first adults returning to rivers in late summer and early autumn – knowledge which may be essential for targeting future management efforts.

Salmon, and indeed many river-dwelling fishes, have adapted to cue in on predictable fluctuations in their riverine habitat. Important lifecycle events like migration may be linked to patterns in flow and temperature, but today these patterns in environmental conditions are often heavily altered by human water management. By understanding how salmon and other native fishes have adapted to a new landscape, managers and researchers can develop data-driven approaches to conservation. Human-made barriers in Oregon and Washington changed river hydrology so significantly that several salmon populations were completely extirpated. By examining more than a decade’s worth of records of river flow, water temperature, and salmon passage data from three different dams in the Columbia Basin and one dam in the nearby Umpqua Basin, the authors of this study evaluated how coho populations in different streams in the region have responded to changing hydrological conditions, and how they might be affected by predicted future changes.

The abundance of data on river conditions and coho movement comes with its own set of challenges. Visually representing data can become especially difficult when trying to present the relationships between multiple disparate datasets. While a graph of river flow over time may be simple enough, combining this into a single visualization with data on water temperature and salmon migration timing presents quite the artistic challenge. When facing such a conundrum, scientists in this study implemented their own novel approach, which they dubbed the ichthyograph. This graphic combines hydrological and ecological data into a single plot that shows patterns in flow and temperature, when fish are moving, and how these movement patterns relate to predicted future river conditions.

In general, predicted changes include more flow in the winter months and less flow in the summer months as a result of altered precipitation patterns, but the severity of these changes varied by location. Importantly, the timing of these changes coincided with the times of year when the most coho were present at two of the four study sites. This knowledge provides a framework to target management actions – such as habitat restoration or changes in dam operation – to help improve conditions at the most vulnerable times and locations in the coho life cycle. For example, early migrants in the late summer and early autumn may be among the most vulnerable to the predicted decreases in flow and increases in temperature. Coho populations in the Columbia Basin already experience a wide range of conditions, and thus the effect of a changing climate will not impact them all equally. While the populations with shorter migrations may only experience a narrowed migratory window, the populations that venture to locations further upstream may suffer lower survival over the entire duration of their migration.

In Oregon and much of the Pacific Northwest, temperatures have been predicted to warm by an average of 1–4˚C by 2050, and 2–6˚C by 2080. Combined with changes to rain and snowfall, this will lead to cascading effects that will significantly alter the patterns of flow and temperature in river systems like the Columbia. Because coho are less flexible in the timing of their upstream migration than other species of salmon, they may be the most acutely impacted by these changes. Managing water for both fish and humans will be an increasingly critical issue, and the insight provided by novel approaches such as the ichthyograph may play a valuable role in overcoming this challenge.