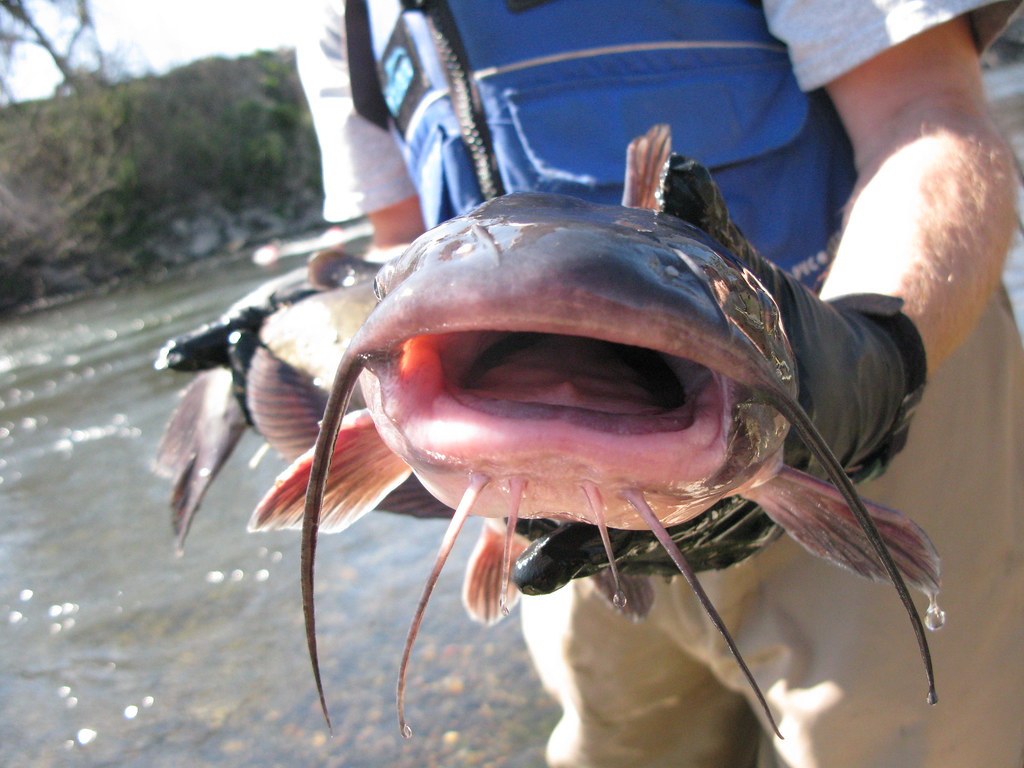 Very few juvenile salmon survive the harrowing journey through the Sacramento-San Joaquin River Delta to the ocean. While scientists and managers have long been concerned by these low survival rates, little research has attempted to understand the role predation plays in salmon survival, and the behavioral and ecological influences that shape interactions between predatory and prey fish. A recent review of predation in the Bay-Delta (Grossman 2016) noted that data on predators and their fish prey are neither extensive nor thorough. This review analyzed more than 30 published and unpublished studies of predation in the Delta, and found the most prominent datasets focused on striped bass, largemouth bass, and Sacramento pikeminnow predation. Only limited conclusions could be drawn from the datasets, as most fish predators were found to prey upon a variety of both native and invasive species. The review ultimately recommended that rather than focusing on just prey consumption, long-term dietary studies should be combined with prey availability and behavioral and experimental studies, which will would help better understand whether predatory fish have dietary preferences, and what behaviors young salmon exhibit to avoid predators.

An ongoing study in the San Joaquin River has utilized novel techniques to address some of these knowledge gaps, and was presented at a NOAA Science Seminar on the ecology and predation impacts of non-native fishes in the San Joaquin River earlier this year. This collaboration by the University of Washington and the NOAA Southwest Fisheries Science Center is examining to what extent low salmon survival rates are the result of predation by non-native fish species. The study covers a 25-km stretch of the San Joaquin River, downstream of the Old River confluence. Researchers focused on four common and abundant predator species in the San Joaquin River: striped bass, largemouth bass, white catfish, and channel catfish. The researchers wanted to look at the abundance, distribution, and movement of these non-native fish predators and quantify the magnitude of smolt predation with genetic analysis of predator stomach contents. Additionally, the researchers assessed the influence of predator density on predation rates of salmon smolts, and examined how predation may be influenced by physical habitat, water chemistry, and other environmental features.

Differences were observed in relative abundance, movement patterns, and smolt consumption rates among different predator species. Over two years of surveys (2014 and 2015), the researchers removed and relocated nearly 3,000 predatory fish to examine the effects of predator density manipulation. Of these, 45 percent were striped bass, 41 percent were largemouth bass, 12 percent were white catfish, and 2 percent were channel catfish. Population estimates based on multi-pass electro-fishing and mark-recapture surveys suggested abundances of 400–1,500 striped bass and 200–600 largemouth bass per river kilometer. Using genetic barcoding of the stomach contents, the researchers estimated that in roughly two days, the population of largemouth bass in the study area consumed approximately 5-10 salmon smolts per km, and the population of striped bass consumed approximately 25-100 smolts per km (estimates varied between years, and were higher in 2014). Genetic testing revealed that the channel catfish was the predator most frequently observed with Chinook salmon in its gut contents (26% of all captured fish in 2014 and 8% in 2015), followed by white catfish, striped bass, and largemouth bass.

The team also used Predation Event Recorders (PERs), which consist of a recording device attached to a tethered juvenile Chinook salmon, to study the effects of manipulating predator densities. The team removed predators from some river reaches, added them to others, and used some reaches as unmanipulated control sites. The PERs collect environmental data (temperature, light intensity) and record the exact time and location that the tethered juvenile salmon is consumed, along with video clips of the predation event in some cases. The researchers found no significant impacts on predation rates from removing predators from some locations, or adding them to other locations, suggesting that predator abundances in the San Joaquin River are still high enough to have an impact after removal efforts. Telemetry research also showed extensive predator movement in and around the study sites. The researchers have further surveys planned for this year that will expand the scope of this study into the south and central Delta. Studies of this kind can help to inform salmon life-cycle models and ensure that the management and conservation of these species is based upon empirical evidence and the best-available science.