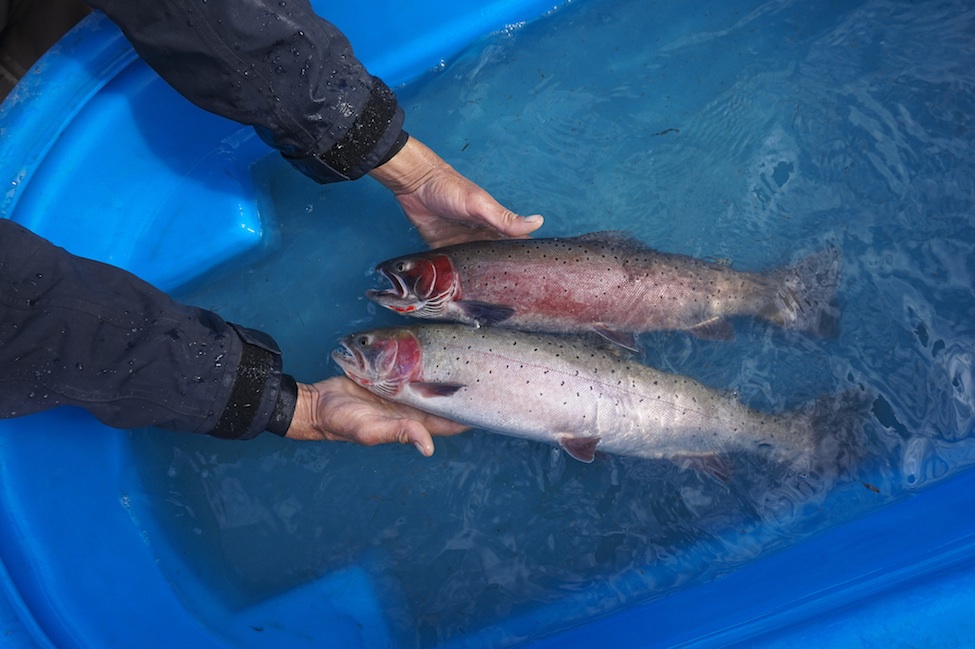 Amid snowcapped peaks in a remote stretch of sagebrush-covered Nevada desert sits Summit Lake, a watery refuge for the stunning and threatened Lahontan Cutthroat Trout. Thought to be the largest growing inland trout in North America, Lahontan Cutthroat can reach 50 inches and 40 pounds, though stories from mining boom days describe fish reaching 60 pounds. Lahontan Cutthroat Trout have since disappeared from most of their native range in the Great Basin. While the fish have been re-introduced into Nevada’s Pyramid Lake with the help of hatchery stocking, only two lakes naturally support Lahontan Cutthroat Trout. One of these self-sustaining populations is in Summit Lake, which is managed by the Summit Lake Paiute Tribe. In FISHBIO’s newest video, William Cowan, the Natural Resource Department Director for the tribe, explains that Lahontan Cutthroat have great significance for his people. The native name of the Paiute people from the Summit Lake area translates to “trout eaters,” and fishing for trout is a special cultural practice.

Given the cultural importance of Lahontan Cutthroat trout, the Summit Lake Paiute Tribe has undertaken a long-term monitoring program to study trends in abundance of the fish at the lake. Lahontan Cutthroat Trout exhibit two forms: a lake form that lives in the lake as adults and spawns in Mahogany Creek, an inflow into the lake; and a stream form that lives in Mahogany Creek year round. The creek is therefore critical habitat for these fish, but prior to the 1990s widespread cattle grazing damaged the integrity of the stream. Once the tribe constructed fences to keep cattle out of the creek, trout habitat and numbers improved. The tribe also teamed up with researchers from the University of Nevada, Reno, (UNR) to do a food web assessment of the lake. The scientists found that Lahontan Cutthroat Trout at Summit Lake are the fattest population of the species in the Great Basin (that is, they have the highest ratio of body mass to length), and feed almost exclusively on benthic amphipods. Graduate students from UNR are currently conducting research about the lake- and stream-resident forms of the trout to understand how these populations interact. 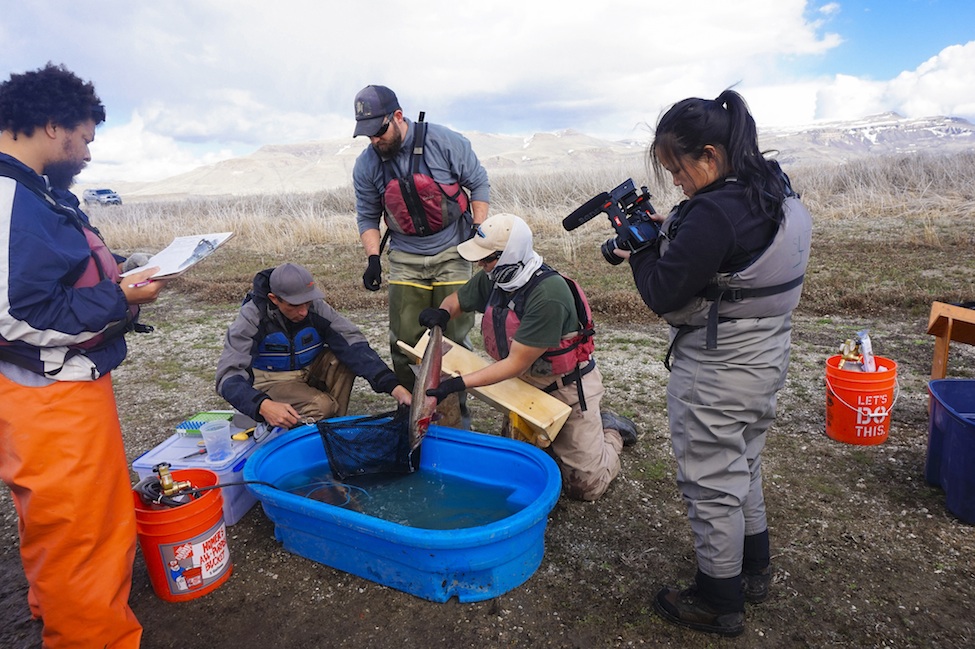 The tribe’s multifaceted fisheries monitoring program employs many different tools, ranging from a fish trap, where tribe biologists weigh and measure the fish by hand, to cutting-edge fish camera technology. A few-meter stretch of Mahogany Creek probably contains one of the highest densities of fisheries monitoring equipment per stream area! A PIT tag antenna detects and records fish from the lake that have been implanted with PIT tags, while all fish (both tagged and untagged) are recorded by a VAKI Riverwatcher automated fish counter, which FISHBIO helped the tribe install and test. FISHBIO also constructed our first fully custom piece of automated fisheries monitoring equipment, the Smolt Spy, to help the tribe record video of both adult and juvenile Lahontan Cutthroat Trout migrating in the stream, and validate the data from the Riverwatcher. The tribe is also recording stream flow and weather data, with the hopes of creating an environmental model that can be used to help monitor and manage the Lahontan Cutthroat Trout and other species in the Summit Lake ecosystem as the climate changes. The Summit Lake research and monitoring program is funded in part by the Bureau of Indian Affairs, National Fish and Wildlife Foundation, the U.S. Fish and Wildlife Service, and the Bureau of Reclamation.

Earlier this year, FISHBIO paid a visit to Summit Lake to check out the Smolt Spy in action, and to film a video about the fisheries monitoring efforts for the tribe to show at an outreach event for tribal members. We enjoyed interviewing many of the players involved in this fascinating project, and also got to help catch and tag some beautiful trout, which was an added bonus! You can watch the video on our YouTube page, and browse photos from our trip on Flickr. Contact us to find out more about FISHBIO’s video production services. Additional partners who have provided technical assistance and support to help the Tribe conserve and protect Summit Lake include Trout Unlimited, Nevada Department of Wildlife, The Nature Conservancy, Great Basin Land and Water, and the Bureau of Land Management.