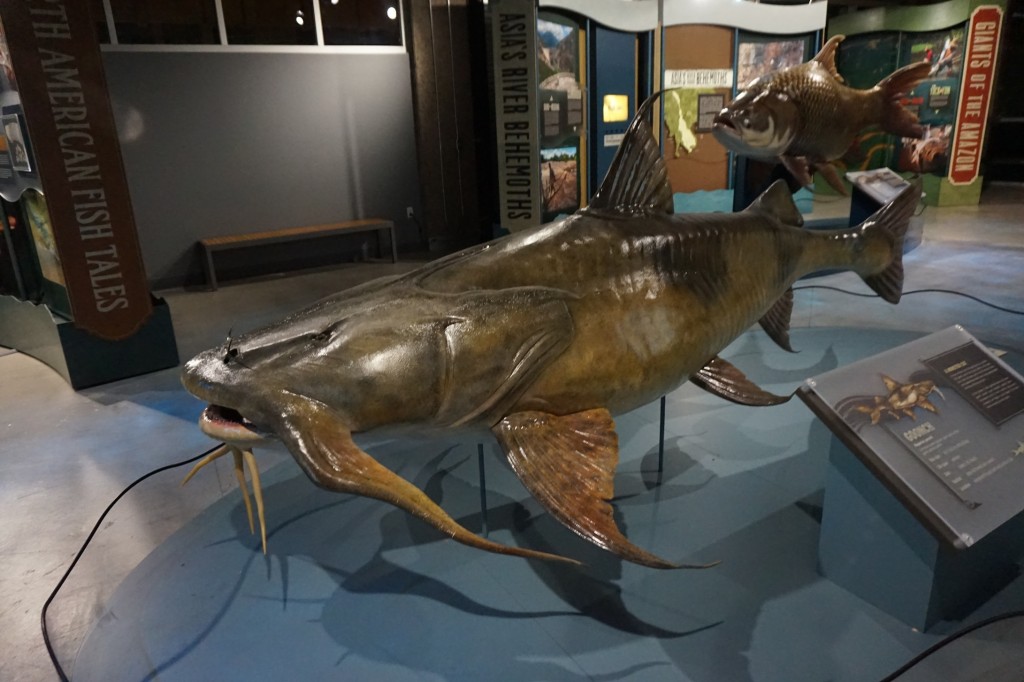 Fisheries scientists from California, Nevada, and beyond recently convened amid flashing casino lights in Reno for a meeting of the American Fisheries Society CalNeva Chapter and Western Division. More than 200 talks were presented in 16 symposia around the theme of “Fisheries, Society, and the Scientific Method: Challenging our perception of science, policy, and management.” A panel of plenary speakers explored the roles that scientists can play in the science-policy arena, whether providing factual information or advocating for a particular policy outcome; the need to highlight areas of consensus among the general scientific community; and how partnerships among scientists, policy makers, and communities can yield successful results. Experience from the relatively small case-study of Lake Tahoe provided some thought-provoking advice for large ecosystems like the San Francisco Bay-Delta: acknowledge if there are too many cooks in the research kitchen with too much focus on incremental science, and decide what you want to keep in the system vs. what you are willing to let go.

A trio of technology-related symposia presented acoustic telemetry approaches to evaluate fish survival, discussed verifying fish passage over structures, and explored innovative technologies. Several presentations covered ongoing survival studies of Chinook salmon and steelhead in the Central Valley. The makers of the Whooshh salmon cannon are currently investigating using their transport system for threatened and endangered species at Cle Elum Dam in Washington State, and are actively looking for more testing sites for this novel fish passage method. One study found that the physical and physiological effects that fish experience while passing through the Whooshh transport system, regardless of distance, is comparable to those experienced during trap-and-haul methods for fall-run Chinook salmon.  A talk from the Pacific Northwest National Laboratory discussed a variety of unique acoustic tags, including tags for sturgeon and lamprey, and a self-powered acoustic transmitter that derives power from the movement of the fish’s tail.

For the first time, AFS included an entire session dedicated to aquatic invasive species. Several talks discussed the mechanical removal of non-native fish predators and competitors, but revealed that invasive species often bounce back after a dip in removal efforts or a successful spawning season. The Idaho Department of Fish and Game presented a novel strategy that garnered much audience interest: breeding and releasing males of the invasive species that have two Y-chromosomes. After sufficient generations, these “Trojan horse” fish lead to the production of sterile fish in the wild, effectively eliminating an invasive population. Simulation models revealed that stocking YY-male brook trout in addition to mechanically removing the fish via electrofishing was much more effective than electrofishing removals alone. In a session dedicated to genetics, the NOAA Southwest Fisheries Science Center presented an eye-opening talk on the genetics of steelhead from hatcheries in the Central Valley. The talk revealed that as a result of egg and fish transfers between hatcheries, Feather River and Mokelumne River hatchery fish are now essentially the same stock, which violates the provisions of the Endangered Species Act. The talk also revealed that there is a notable amount of inbreeding occurring at hatcheries, which can affect the survival and viability of hatchery-produced steelhead.

The conference also provided an opportunity for attendees to tour the National Geographic museum exhibit called Monster Fish: In Search of the Last River Giants . The traveling museum exhibit was filled with unique stories, life-sized models of some of the world’s largest fish, and experiences from University of Nevada, Reno, researcher and Monster Fish host, Zeb Hogan. FISHBIO staff were happy to see a number of familiar fish faces from the Mekong region, including the crocodile fish and the giant barb. The exhibit featured many interactive components, including a comparative scale where we discovered that three FISHBIO personnel were no match for the weight of a 660-lb giant barb. During the conference banquet, Hogan shared the successes and unintended consequences he has observed while studying giant fishes around the world. For example, passing laws to make it illegal to fish for endangered Mekong giant catfish offered a conservation victory, but also made it much harder to collect data and study this rare species. As with past CalNeva conferences we’ve attended, our team came away with a wealth of information, new connections, and stimulating conversations – a reminder of how fulfilling it is to interact with the wider fish community.