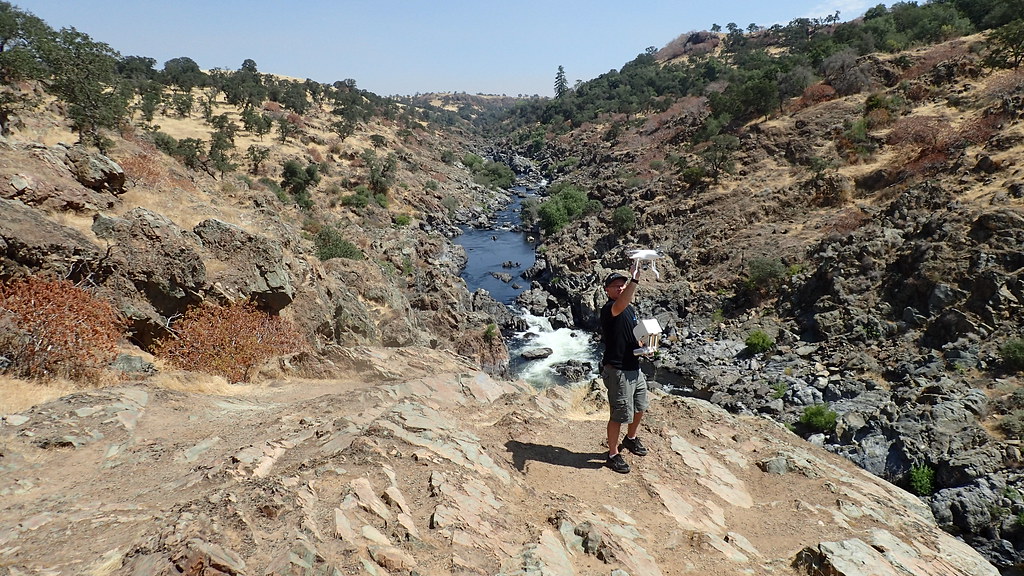 Drones have been a promising prospect for conservation research since they buzzed onto the scene in the early 2000s. Rapidly developing technology has resulted in cheaper, tougher, and more versatile drones that have opened up a world of possibilities for the aeronautically inclined biologist. Although the field of fisheries has somewhat lagged behind other research disciplines in its adoption of drones, recent innovative applications are providing fish scientists with valuable information from a new perspective. A recent publication details some of these advances and provides a guide to drone use in fish research, which offers some potentially incredible benefits (Harris et al 2019).

Drones, also known as Unmanned Aircraft Systems (UASs), come in a wide variety of shapes and sizes, and determining the right type for a specific project can be a daunting task. However, substantial advances in drone technology have made things easier on would-be pilots, including automated flight controls and flight planning, which have become standard in almost all mid- to high-end UAS platforms. This means that drones can now be programmed to fly a specific path, collecting pictures, video, or other data along the way, and return to their starting point once their task is complete with no input needed from the operator. Specialized sensory equipment – things like LIDAR, multi- and hyperspectral imaging, and thermal imaging – has rapidly decreased in both size and cost, and can be much more easily applied to drones. Regulations have also become less of an impediment, as the Federal Aviation Administration now only requires drone operators to obtain a Remote Pilot Airman certification by completing a two-hour, 60-question exam that familiarizes them with specific regulations.

To date, drones have been used in fisheries research in two main ways: for habitat mapping and abundance estimates. Drone habitat mapping has included surveys of tidal wetlands, coastlines, river channels, and restored habitats. Most abundance assessments using drones have focused on “marine epipelagic megafauna” (large ocean animals that swim near the surface, like whales and sharks), but some fisheries researchers have started taking similar approaches for smaller species, including salmonids in rivers. As the technology becomes more accessible, drones have been employed in novel ways, like surveys that combine aerial imagery and acoustic data to estimate fish biomass and evaluate fish behavior. Other exciting innovations include the use of “fluid lensing,” an experimental algorithm utilizing light wavelengths that transmit through water to analyze underwater structures, and which can be used to create detailed habitat maps that are accurate to within a centimeter. Drones are also promising tools for obtaining data on resource use, such as fishing gear and angler counts, or even for the detection of illegal fishing activities. At FISHBIO, we have experimented with using drones for salmonid redd surveys in hard-to-access locations, for mapping floodplain habitat, and for collecting topography data for potential river restoration sites. Online services like Drone Deploy make it possible to upload hundreds of images that can be be merged and overlaid on known points to create very accurate maps. 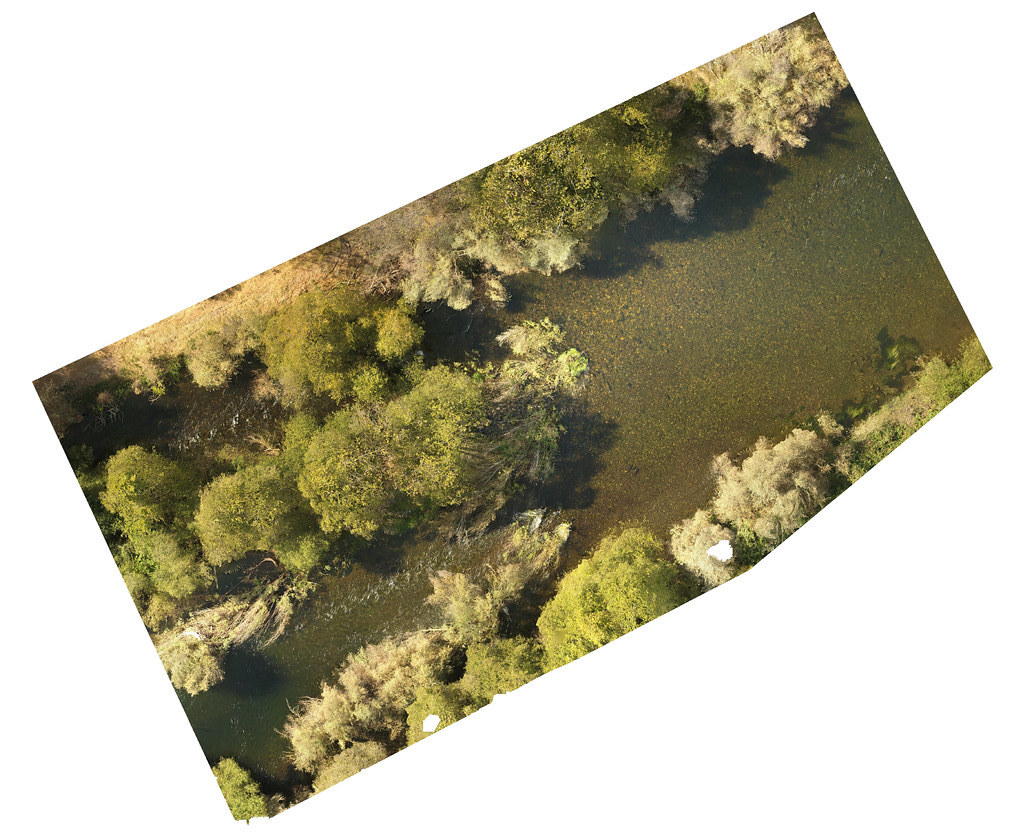 The biggest challenges in drone research today lie in data processing. The geospatial, image, video, and other sensor data collected by a tricked-out UAS can quickly grow to very large file sizes, and licenses for specialized processing software can be quite expensive. Another potential issue is disturbing wildlife. Animals vary in their sensitivity to drones, but certain species, like Antillean manatees, have shown a strong disturbance response. As such, it will be important moving forward to develop standard “best-practices” to avoid excessive disturbance of potentially sensitive species. As drones become progressively more affordable and technologically sophisticated, fisheries scientists who wish to use them will need to identify whether these tools are appropriate for answering fundamental questions in their research and selecting the appropriate tools for the job. Being informed about new technologies and approaches will give fisheries biologists opportunities to learn more about life under water by taking to the skies.