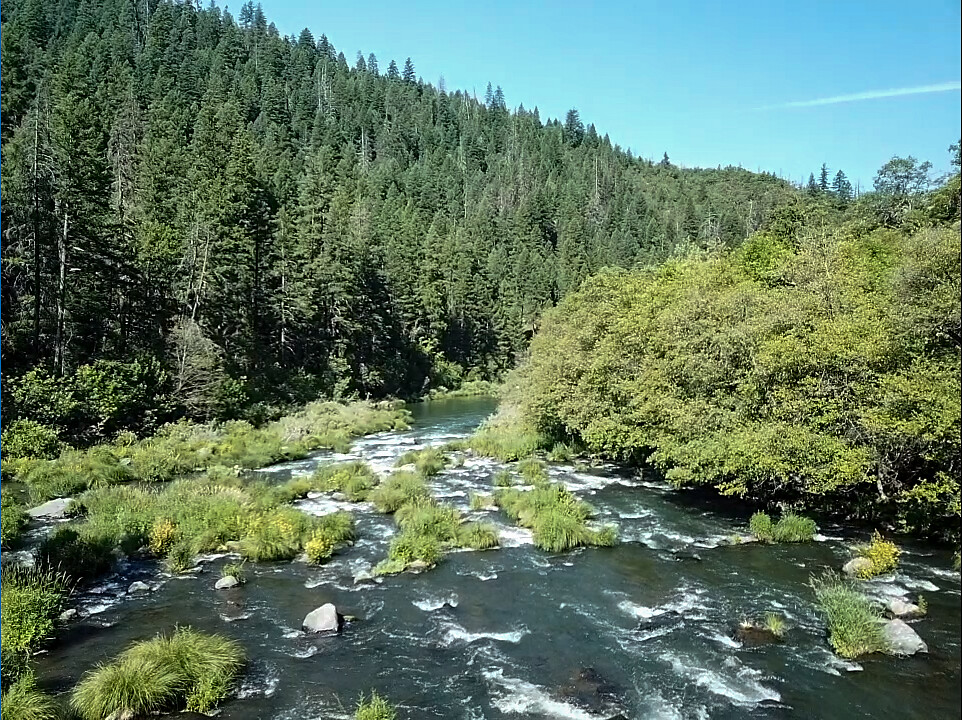 The crisis of freshwater biodiversity loss warrants an emergency intervention. Virtually all ecosystems are experiencing declines in biodiversity due to human activities and climate change, but none have been hit as hard as freshwater habitats. While freshwater systems harbor a trove of diversity, including one-third of all known vertebrate species, freshwater losses have received little notice, despite the fact that an estimated 30% of natural freshwater ecosystems have disappeared since 1970. The impending review and update of several important international agreements on conservation – including the United Nations’ Convention on Biological Diversity (CBD) and Sustainable Development Goals (SDGs) – has prompted freshwater scientists from around the world to propose a series of actions to address threats to freshwater ecosystems. Their recent publication in the journal BioSicence provides an Emergency Recovery Plan to “bend the curve” of steep freshwater biodiversity loss by suggesting ways to incorporate freshwater-specific conservation objectives into these existing frameworks (Tickner et al. 2020). The plan consists of six Priority Actions that target drivers of global freshwater biodiversity decline, including flow alteration, pollution, habitat degradation and loss, overexploitation of species, invasive nonnative species, and loss of connectivity. Each action is tailored to one driver, but the authors emphasize that problems in freshwater systems are often synergistic, and addressing any one issue will likely provide benefits towards addressing others.

Priority Action 1 is to implement environmental flows to address the changes in volume, timing, and variability of river flows that have been caused by human water management and exacerbated by climate change. While methodologies for developing environmental flow strategies have been successfully implemented, these approaches need to be expanded. Priority Action 2 is to improve water quality for the benefit of aquatic life. This will require a variety of approaches to address the numerous origins of pollution, including wastewater, industrial, and agricultural sources. In addition to government regulation and economic tools, nature-based solutions such as wetland restoration may provide a cost-effective approach to reducing the impact of pollution.

Priority Action 3 addresses the need for protection and restoration of critical freshwater habitats. The numerous causes of freshwater habitat loss include conversion of land for agriculture and reductions in connectivity due to dams and levees. Importantly, addressing this issue requires stakeholder engagement and spatial assessments to most efficiently and effectively protect habitat. Priority Action 4 is to manage the exploitation of freshwater organisms and riverine sand and gravel. Existing policies to regulate harvest practices are generally insufficient, as are regulations related to the expanding extraction of river substrates for building materials. Recent frameworks have laid out steps to achieve sustainability of freshwater fisheries, and suggestions have also been made for reducing sand and gravel extraction. However, a lack of data remains a major impediment.

Priority Action 5 deals with the prevention and control of invasive species. Freshwater habitats are exceptionally susceptible to invasions, which often have major ecological and economic consequences. The best approach is to prevent invasion before it begins, as control or eradication is expensive and difficult. A few programs that prioritize actions to address invasive species may serve as examples for similar initiatives elsewhere. Finally, Priority Action 6 tackles the need to restore and protect connectivity among freshwater habitats. Strategic, basin-scale planning can balance the need for water storage and hydropower with maintaining connectivity. Further, the removal of obsolete dams can help to restore and reconnect degraded ecosystems.

The Emergency Recovery Plan explains how each of these actions could be incorporated into existing international agreements. In some cases, there is already alignment between existing targets and Priority Actions – such as CBD Aichi Target 9 and Priority Action 5. Where gaps exist, the plan provides suggestions for modification of existing targets or development of new ones. The review of international agreements provides a unique opportunity to slow the precipitous decline of biodiversity in freshwater ecosystems, but will require a wide diversity of individuals, organizations, and governments to take charge at both national and local levels. Researchers also have a key role to play in developing better freshwater biodiversity indicators and collecting higher-resolution data. While every action suggested in this plan has been accomplished somewhere in the world, the real challenge will be to scale up these successes to create a global, strategic approach.