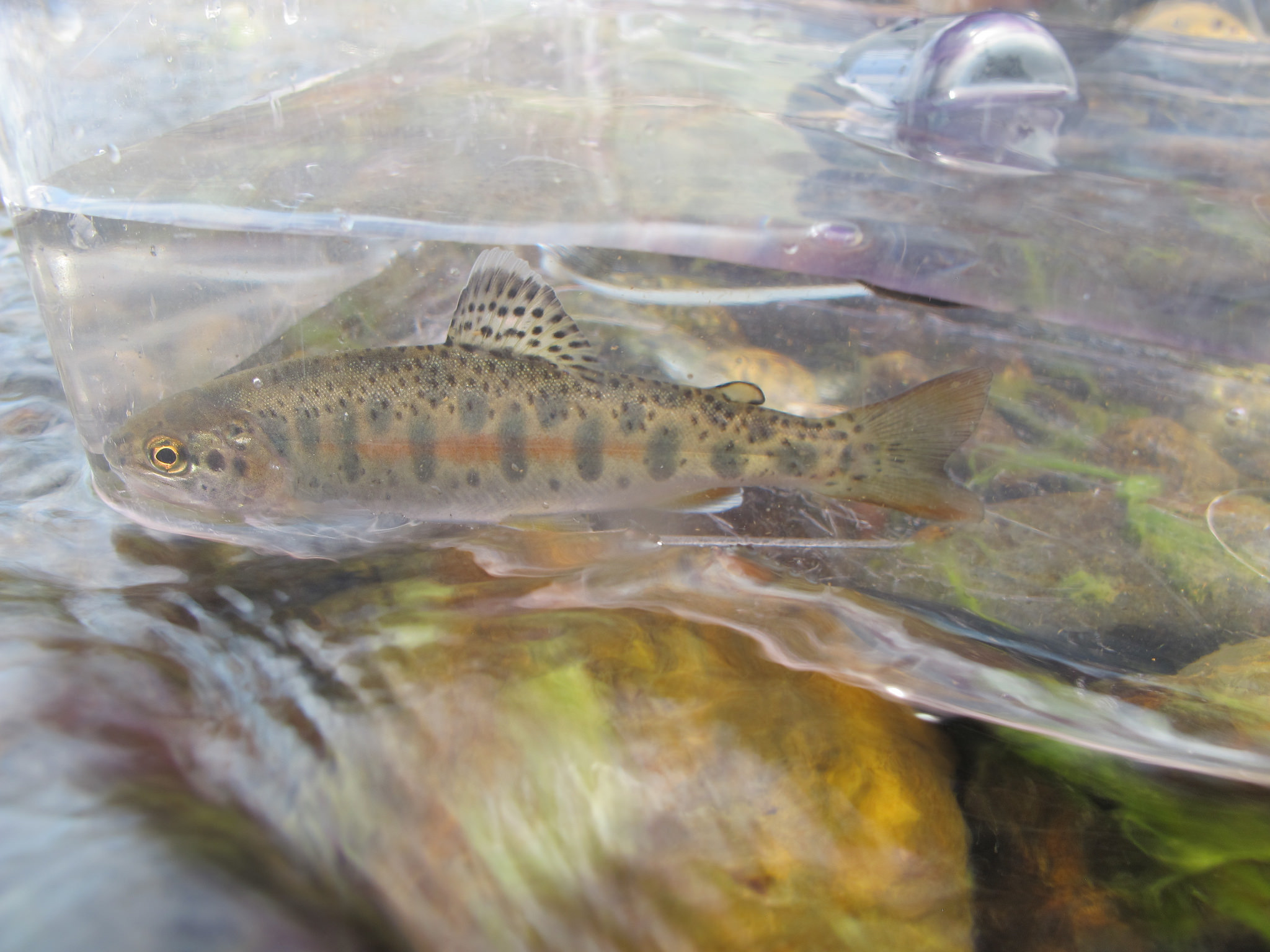 Everything we do in life requires energy, and the chemical reactions that convert nutrients into energy in our bodies (known as metabolism) usually require oxygen. Therefore, when scientists want to measure the amount of energy an animal is using, or its metabolic rate, they can measure how quickly the animal consumes oxygen, since the two processes are linked. The oxygen consumption, or metabolic rate, of a fish at rest tells us about the amount of energy that fish requires to simply stay alive.

A fish’s metabolic requirements (or energy needs) will change at different points in its life. For example, a female Chinook salmon preparing to spawn needs to produce enough energy to survive and swim up river, while also using energy to produce her eggs. Fish metabolic rates are also affected by environmental conditions, such as temperature. Unlike in people, a fish’s body temperature will match the water surrounding it. Chemical reactions, like the ones in the process of metabolism, will speed up with warming temperatures, meaning a fish’s metabolic rate increases as the surrounding water temperature increases. In fact, increasing water temperature from 10°C to 20°C (50°F to 68°F) will cause the metabolic rate of a resting fish to double – that means the fish needs twice as much energy just to stay alive while resting! Environmental conditions can also impair metabolism. When water oxygen levels are low, fish can struggle to quickly uptake oxygen from the water. By limiting the rate of metabolism, low water oxygen levels can prevent a fish from performing some of the activities necessary for survival, like finding food, digesting meals, or escaping predators.

Because the ability of fish to perform the necessary activities for survival is key to determining where fish can live, environmental effects on metabolism influence fish habitat ranges. In a collaborative study lead by the University of Washington, a team of scientists assessed how the effects of water oxygen levels and temperature on fish metabolic rate could help predict the habitat ranges of several species in the Atlantic Ocean (Deutsch et al. 2015). The researches developed a ‘metabolic index’, which essentially compares the water oxygen levels to the metabolic oxygen requirements of the fish. A low metabolic index indicates that a fish will have difficulty getting enough oxygen to meet its needs. The team predicted that most fish need a metabolic index of at least 2 to 5 in order to uptake enough oxygen to meet their energy requirements for survival.

The team tested this prediction using temperature and oxygen data from the Atlantic Ocean to create maps of the metabolic index for several species, including Atlantic cod, sharpsnout seabream, and common eelpout. On top of these maps, they plotted the locations where each species was observed in the ocean, and found the fish were always located in places where temperature and oxygen conditions provided a metabolic index of 2 to 5, or more. Once they knew they could predict habitat ranges using the metabolic index, the scientists next looked at future projections of how water temperatures will warm and water oxygen concentrations will decline due to global climate change, and how this will affect the distribution of the metabolic index and, therefore, marine organisms. Future climate-change scenarios project that by 2100, the metabolic index will be reduced to half of today’s levels in the important mid-latitude Northern Hemisphere oceans, where much of the world’s fisheries are now very productive. This could have devastating consequences for fisheries in the future.

A fish’s metabolic rate can be very sensitive to its life stage and environment, and can influence fish behavior and survival. Thus, there are many important things we can learn from measuring the metabolic rate of fish under different conditions. We have already conducted some of these experiments in a remote, streamside laboratory (see Science on the Edge of Civilization). With FISHBIO’s new in-house wet lab nearing completion, we are looking forward to further studying metabolic rates to learn how to better manage and protect California fishes.